Outer space may be the future of humanity, but as The Callisto Protocol points out, we should exercise caution before taking that leap. Dead Space’s spiritual successor, out now for consoles and PC, is tense and terrifying. But even if you’re resistant to jump scares, you’re not nearly as prepared as you think you are for its difficulty — or its obtuse tutorials.

Whether you’re scrambling for ammo or simply tired of going over the same encounter again and again, the following tips for The Callisto Protocol will save you from some headaches as you explore.

You can block acid spit

Getting spat on isn’t everybody’s cup of tea, especially when there’s acid involved, but you can defend yourself by blocking the projectile. Whenever you’re about to get hit, just move backward; this will cause protagonist Jacob to put his guard up and block the acid spit. What’s more, you can also use other enemies as mutated human shields by grabbing them with telekinesis and covering yourself.

You can destroy glass walls and windows with your baton

You can’t break much in The Callisto Protocol’s environment, but glass is definitely susceptible. This may become more apparent later on in the game when some cabinets begin to display ammo and other items, but keep an eye out for rooms that are protected by glass walls, as you can easily break them with your baton, too. Save that ammo for later.

Don’t heal yourself until after you’ve stomped all enemies

It may be tempting to heal yourself immediately after an encounter, but you shouldn’t! I lost count of how many items I used a health injector only to stomp on an enemy and find out they were carrying health gel, which patches you up on the spot. The more you progress through the game, healing items become more scarce, so it’s best to hold onto them as much as possible.

Also, friendly reminder to stomp on all corpses. Yes, it takes time, and it can be annoying, but they’ll drop ammo, credits, or health 90% of the time.

You can grab boxes that are out of reach

As you explore the ship, you may notice a few boxes that are out of reach — sometimes they’re on top of a shelf or just outside arm distance. Since you can’t jump on command, you can go ahead and use telekinesis to bring that box closer to you. Then, once it’s on the ground, go ahead and stomp it. You can also use said boxes as a throwable object against enemies — though note that they don’t deal much damage — and grab the loot after the impact.

Here’s how to tell what your current GRP level is

Can’t tell your GRP level in The Callisto Protocol? The key is to simply aim down your sights. Whenever you’re aiming with the left bumper, you’ll be able to see how many GRP charges Jacob has on the back of his neck, right above the health indicator.

Rule of thumb: If you see the save icon on the bottom right corner — whether you’re entering a room, squeezing through a corridor, or crawling into a vent — that means you’re following the main path. It’s cool if you don ‘t want to explore further, but I highly recommend taking the time to check any secondary door or area you might have spotted. If you’re lucky, you’ll stumble upon a new weapon schematic or a chest with loot.

If you throw enemies off the map, say goodbye to their loot

Using telekinesis to throw enemies off bridges is fun, and I support your decisions, but offer a warning. Since killing enemies this way doesn’t leave behind a body for you to stomp, that means you’ll miss out on their loot. If you just want to get one or two enemies off your back, that’s fine, but be mindful that you may also be launching ammo and other useful items with that glove of yours.

If you’re wondering how to increase your inventory size in The Callisto Protocol, easy: You just have to continue making progress in the main story until you reach the “Lost” chapter. Similarly to this year’s signalis, you can only carry up to six items simultaneously. This includes health injectors, GRP batteries, items to sell in shops, and so on (though weapons have their own slots). Thankfully this is just temporary, and you will gain access to a total of 12 slots once you reach the chapter, alongside a nice bump to your maximum health. 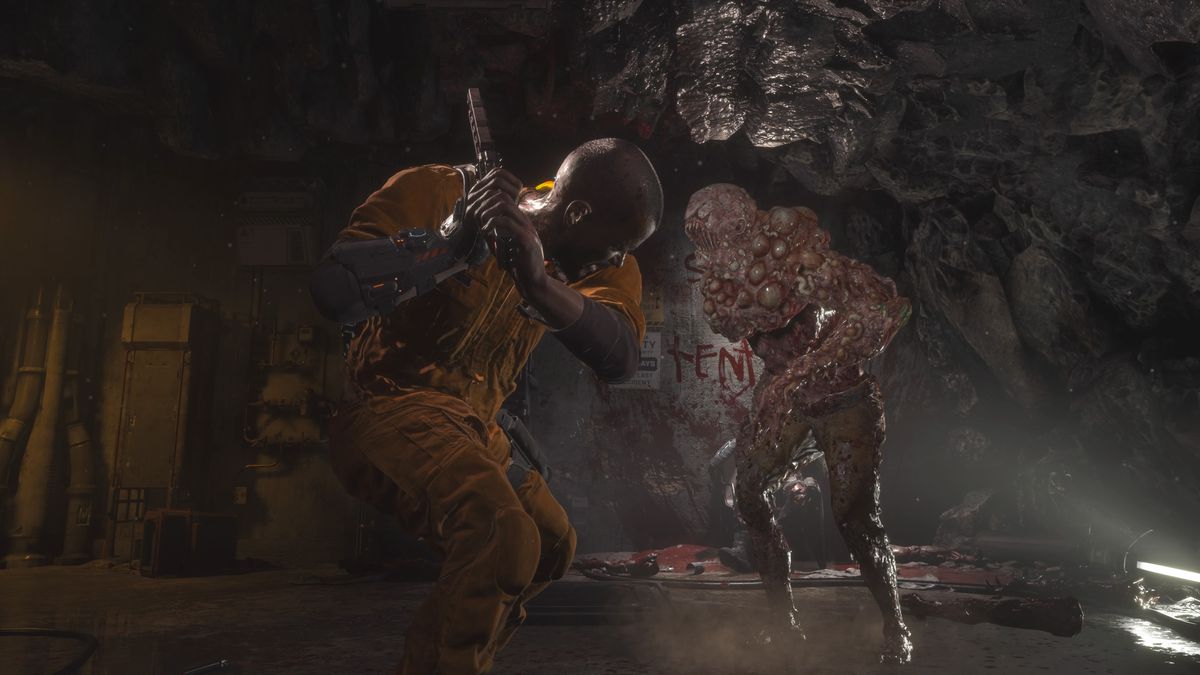 Get the heavy attack for your baton ASAP

If there’s one upgrade you should prioritize above others, it’s your baton’s heavy attack. This moves allows you to properly fight against enemies, mixing up heavy and light attacks depending on the situation, to the point where it feels weird that it isn’t part of Jacob’s moveset from the get-go. But what can you do? Those shops on the ship are greedy!

Image: Deus ExBack in May, Japanese publisher Square Enix announced it was selling a number of Western studios it had owned since 2009, including...
Read more
Guide & Tips

In My Heroes: Dungeon Raid, there are many ways you could waste your time and money and get nowhere. We wouldn't want that...
Read more
Playstation

Electronic Arts is adding customizable pronoun choices to The Sims 4, the publisher announced Tuesday. The feature was first introduced to...
Read more
Games

And they said it couldn't be done...Screenshot: FromSoftwareNo-hit runs in games—a kind of self-imposed challenge where you take zero damage from enemies—are nothing newespecially...
Read more