Mobile controllers seem to be in vogue at the moment, with seemingly every peripheral company looking to break into the market in one way or another. The most commonly favored – and, in my opinion, best – design is the Switch-style setup that sees your phone cradled within the controller, as seen in the Razer Kishi V2 and Backbone One. But with the Turtle Beach Recon, the company has gone for the controller and clip setup that was more common a few years back, which gives it a slightly nostalgic feel.

But that’s where the feelings of days past end. The Recon is otherwise a modern controller for Android, Xbox and PC in every sense of the word. It proudly sports Xbox branding, and anyone used to the Xbox Series X controller will feel right at home. Unsurprisingly, then, a lot of the marketing for the Recon centers on its compatibility with enjoying Xbox Game Pass on your phone through the Cloud.

With that in mind, it makes sense to effectively replicate the feel of an Xbox controller. However, the Recon has a slightly more premium feel, with added grip on the handles and triggers. It also sports two rear buttons nestled neatly where your fingers naturally rest when holding the controller, adding more versatility to the Recon Cloud than the regular Xbox offering.

And this versatility is the Recon Cloud’s greatest strength. You can use it with your Android phone, Xbox and Windows PC. You connect it to your phone via Bluetooth but must plug it in if you plan on using it for your Xbox. However, if you want to pair it with your PC, you can use either option. Throw in the previously mentioned customizable buttons, and you’ve got a multi-purpose controller.

Sounds great that far, right? Well, it should, because it is an excellent controller. The buttons are nice and responsive, and the battery will last an impressive 30 hours. It’s a pad I’ll happily use for my Xbox and PC. However, a few issues arise when I consider using the game as a controller for my phone, and it’s all related to the smartphone clip design I mentioned earlier.

Simply put, the Switch-style approach has become popular because it’s the most comfortable and portable option for gaming on the go. You simply slide your phone into the controller, and away you go. With the Recon Cloud and pads of a similar ilk, you have to use a little screw to secure it to the controller and adjust the angle to suit your preferences using more screws. Of course, once you’ve found the perfect angle, you need not tweak it again unless you plan on also using the controller for PC and Xbox gaming. Would you be happy to leave it attached?

Personally, I wouldn’t because it becomes unnecessary weight at that point. So, if you feel the need to keep taking it on and off, it becomes a much more cumbersome option. Additionally, although the clip holds the phone in place without issue, I always found the weight a little off. Throughout my hours of testing, it always felt slightly top-heavy and never truly comfortable. It probably won’t be an issue for some people, but I didn’t stop noticing it even after extended use. 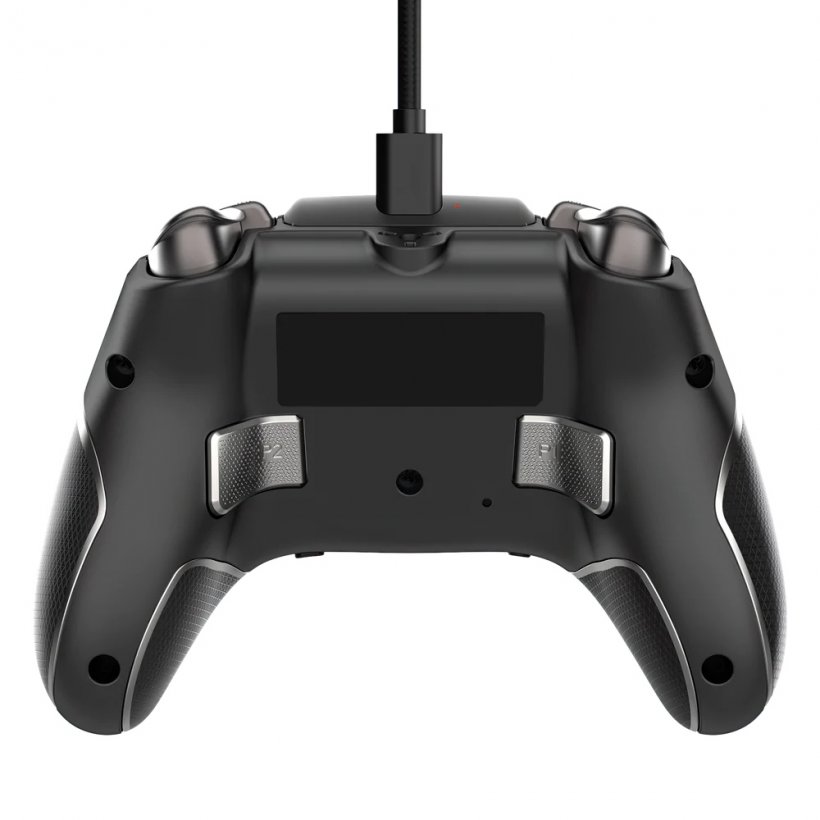 As I briefly mentioned, the design doesn’t lend itself well to portability. Throwing the controller with the clip attached into a bag makes for an awkwardly shaped addition to your belongings. Sure, you could adjust the clip so it folds down completely, but that adds set up time you could save by using one of the Switch-style options, which are more naturally suited to carrying around in a bag.

That said, portability clearly wasn’t at the forefront of Turtle Beach’s mind when creating the Recon Cloud. Instead, it’s aimed at people looking for a controller that can do it all, and it certainly does, if you don’t mind taking the time to readjust the pad each time. It’s also worth pointing out that the Recon Cloud boasts some cool audio features that are only available on Xbox and PC when using the USB cable, another reason it seems less appealing as a mobile pad.

Link might be the hero of Hyrule, but not even all the power from the Triforce can stop celebrities from dressing up...
Read more
Reviews

Apple has begun cracking down on apps and...
Read more
XBOX

Today is a big day for Microsoft Flight Simulator, as it sees the release of a major airliner, but there's more from third-party developers....
Read more