In this team, players can position their main DPS monster, Flamey, in between Speedy and Mighty to boost its overall damage. Going forward, we will be seeing this trend continue since Speedy and Mighty are the best combination of monsters to use along with your main DPS monster in the front row due to their attack speed increase and damage amplification, respectively.

In the second row, the constant stuns provided by teddy along with the movement speed and slow debuff provided by Sluggy help our DPS consistently kill enemies before reaching the treasure chest. In this setup, Frostbite is also included as a safety measure as he can freeze enemies. Lastly, for the back row, we have a great combination of DPS plus Stuns to help increase our damage and further slow down enemies. 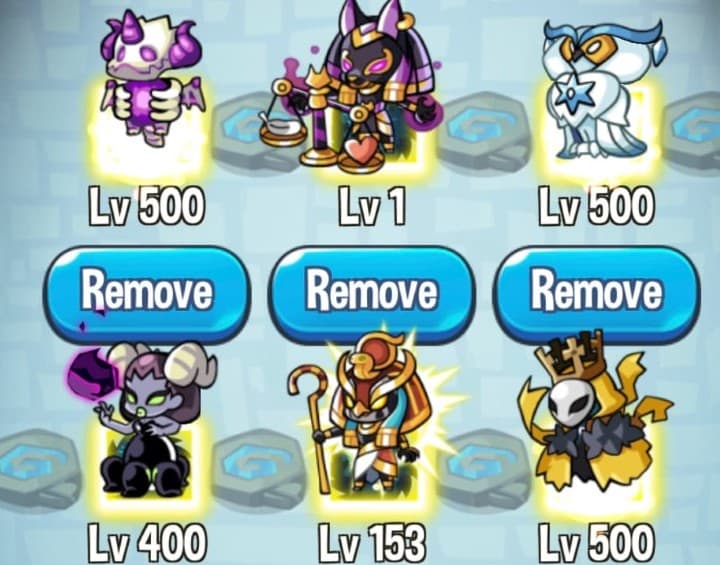 In this team, we are positioning Kevin as our main DPS carry along with Speedy and Mighty to boost adjacent allies’ attack speed and damage. We are using Kevin here due to his base damage, which is the highest among cost-effective monsters. In the second row, the first monster placed should be Ash, another cost-effective monster that can deal AoE Stuns that immobilize enemies caught in the projectile for 4 seconds.

Sluggy and Sparky take up the middle and right side of the second row to provide more crowd control for our frontline to ramp up their damage. The third row is where this team gets interesting. Slime King is another great DPS hero that can be used either on the right-hand side or left-hand side of the row. His damage dealt is far superior to Puffy, hence why he’s being placed in the corner. 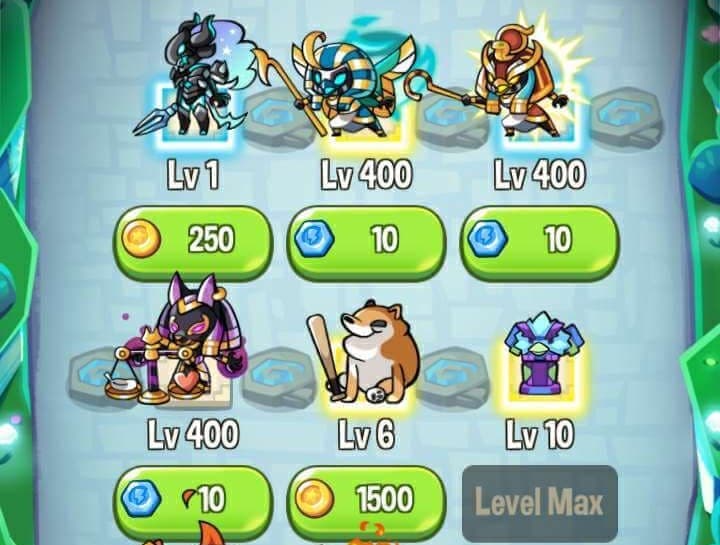 One of the best teams to clear the Kami Pantheons Retributions map. In the first row, we have the core DPS combo of Anubis and DeathBite where Anubis marks the enemies, making them vulnerable to more damage. Ra is traditional support that stops allies from being crowd controlled by enemies.

In the second row, we have the classic combo of Horus and Jiraiya that helps disrupt the movement of enemies on the map, crowd controlling them into moving slowly towards the treasure chest. Lastly, the bottom row contains our huge DPS powerhouses, Hades and Amaterasu. Anubis in the front center will help amplify damage whereas Speedy on the bottom right helps increase Attack Speed. 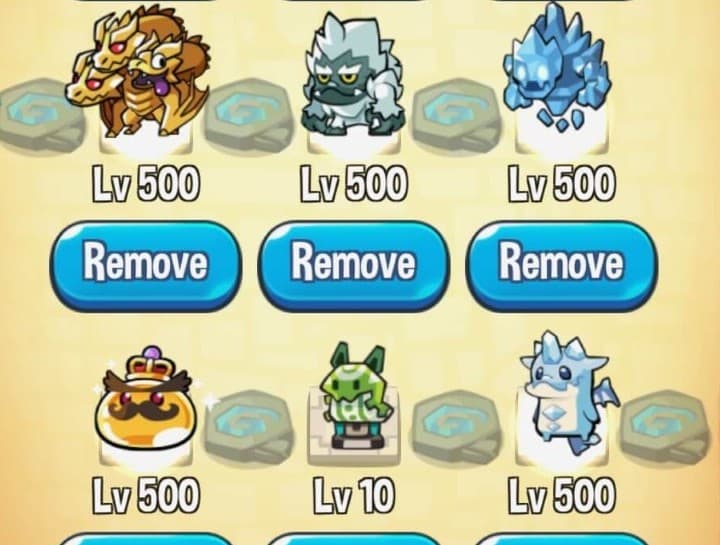 One of the best teams to clear the Wrath of the Volcano map. In the front row, we have the totemic strategy involving Speedy and Mighty along with Cappuccino. This is a budget setup for free to play players. They can replace Cappuccino with any other consistent DPS/crowd controller like Amaterasu. In the second row, we have Kevin, Yeti and Chilly. Kevin is the damage dealer in the setup and can also crowd control. 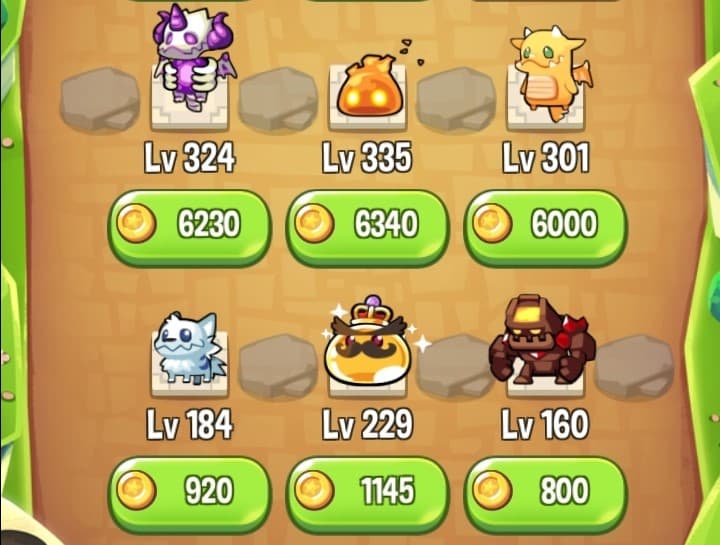 One of the best teams to clear the Ice Queen’s Tempest map. In the first row, we have the combo of DeathBite and Anubis that can amplify the damage dealt by our carries. Archimedes is also present for the AoE-targeted Freeze debuff, which lasts for 2 seconds. Archimedes is also pretty cheap to deploy. To counter the high HP values ​​in longer dungeons, Devon is really helpful but only after its first evolution. Ra and The King in Yellow are great enablers as well.

The King in Yellow changes your damage element to cosmic which makes all the damage dealt neutral, removing any element disadvantaged. It also helps in bypassing the damage immunity of Ice Spirits present in the Ice Queen’s Tempest. The last row contains the majority of our damage dealers in the form of Amaterasu and Hellhound. Speedy exists in the bottom left corner to boost the attack speed of both of them.

How to Complete Elite Eight SBC in FIFA 23

How to trade Pokemon in Pokemon GO

How to use knockback influence in MultiVersus, and beat the busted tutorial

Today, Annapurna Interactive aired their second annual showcase event, in which they livestreamed new updates and reveals for all of their 2022 video game...
Read more
Games