Deathloop has finally made its way to Xbox Series X|S and Xbox Game Pass and Arkane has released some new content on all the game’s platforms to celebrate. The Goldenloop Update adds a new weapon, a new boss, a new Slab, and an extended ending. All of the new content is designed to make your journey through Deathloop a little easier, so here’s where you can find all of the new stuff added as part of the Goldenloop Update.

The Halps Prototype is a powerful laser gun.

The biggest edition in the Goldenloop update is the addition of the Halps Prototype, a new laser gun that is very powerful and has high ammo capacity. The Halps Prototype can be found in The Compound in Dr. Wenjie’s lab. The Halps is tucked away in the corner of the green building. You can either use the weapon itself to destroy its container and grab it or return at night when Dr. Wenjie takes the weapon out of its case. This powerful weapon can incinerate most enemies, including Visionaries, in an instant. Check out GameSpot’s Halps Prototype weapon guide for a more detailed explanation of how to acquire the weapon. 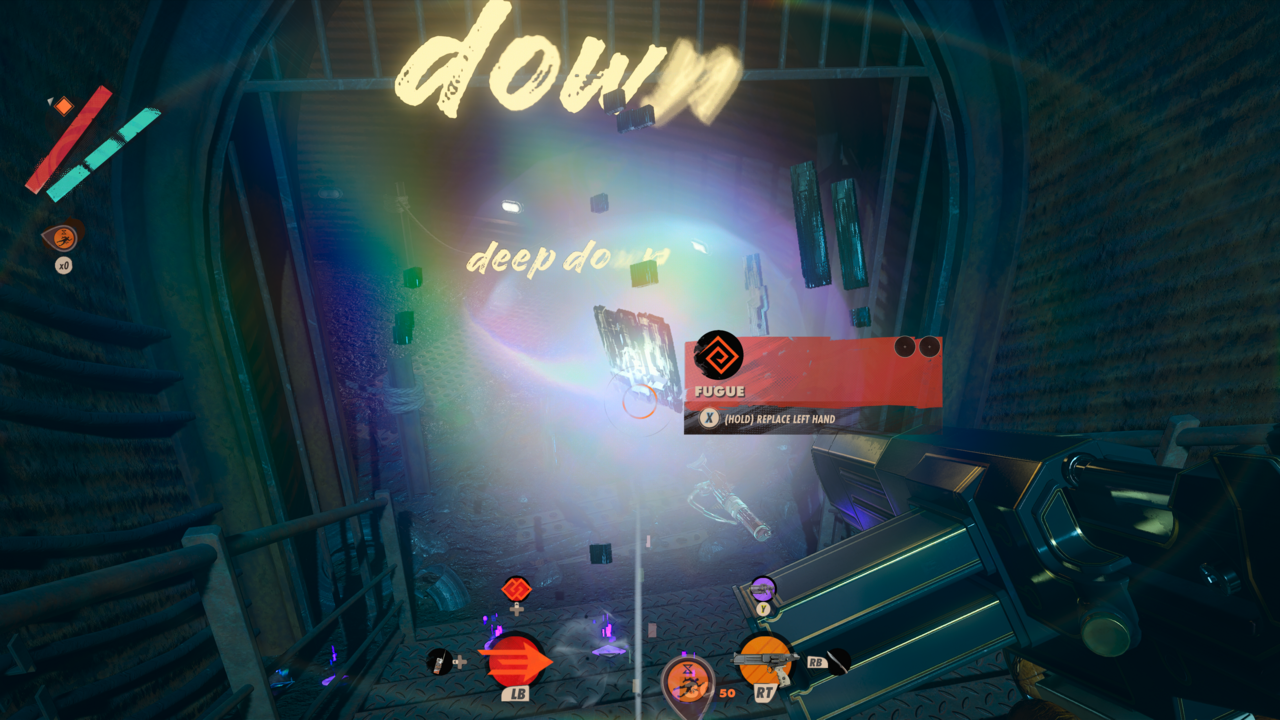 The Fugue Slab can be picked up from the Collector in Karl’s Bay.

The Fugue Slab can be acquired by defeating the Garbage Collector in Karl’s Bay. Head to the bay in the afternoon and head to the cliff side near where you enter the map, on your right side after exiting the tunnels. You should see a bunch of water with a plane on the right side. In this area there is a tunnel that leads down to the trash compactor area. Down here is where you can find the Garbage Collector, who has Frank’s Slab, the Fugue Slab.

Now, the Collector is an incredibly tough enemy. He is decked out in all white-armor that is either completely bulletproof or makes him really resistant to it. After unloading all of my ammo and grenades into him, he was still completely unphased. instead, use stealth to take down the Collector. He is hidden in a backroom that you will need to open up by either shooting a button through a crack in the wall or by opening a door with a mine strapped to it. Either way, the Collector will be alerted to your presence, so you will need to let him loose and leave, or use a stealth Slab to sneak up on him. He can be taken down in one-shot by sneaking up and stabbing him. Killing him awards the Fugue Slab, which causes enemies to become ill. 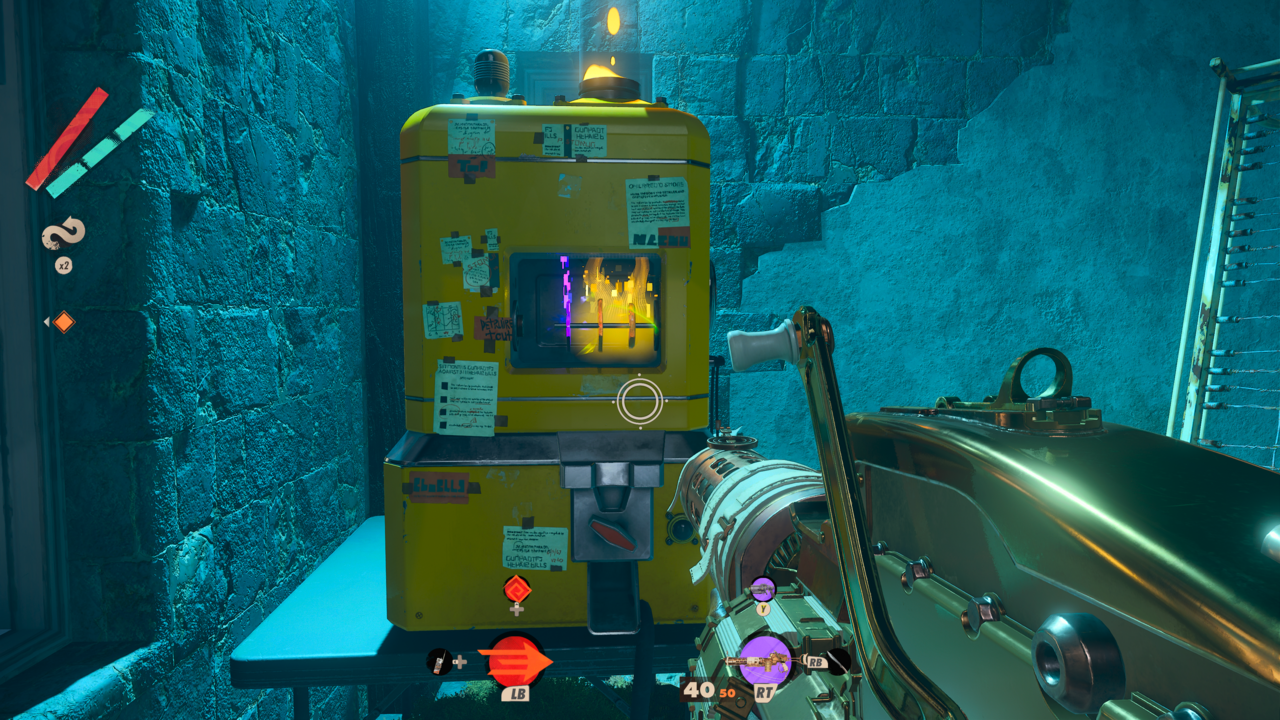 This machine in Karl’s Bay awards some high-quality trinkets.

Another addition is the Trinket Machine, which creates multiple high tier trinkets, including orange rarity trinkets. That means that you can grab yourself a powerful upgrade pretty early in the game, as long as you know where to look.

Head to Karl’s Bay in the morning and exit the tunnels via the left path. Head outside and you will see a red building that reads “Forever Young Drunk.” Head inside the building and there will be an audio recorder on the right side of the first floor that details some eternalists doing a science experiment here in the afternoon.

Return to Karl’s Bay in the afternoon and head back to the same building. There will be a couple of eternalists there and the Trinket Machine will be in the building. There is a Residuum Portable Harvester on the table next to the machine. You need to take this and fill it to the two dial. An in-game note says that the more Residuum put into the machine, the better the rewards, so you may want to fill it completely, but getting the harvester to two resulted in two orange rarity trinkets and one purple. You can either run around and find enough objects with Residuum or you can interact with the other machine to the left, next to the whiteboard. This machine summons eternalists from different loops that are full of residual. Activating will spawn these special enemies in for four minutes and their locations will be indicated by beams of light shooting up in the sky.

Once you collect enough residue, return to the machine and load the harvester. Now, once the machine is active it will alert all nearby eternalists and they will come attack you. There is a turret in the basement of this building that you can hack and set up, but be prepared for a fight. Once the machine finishes its process, you will be awarded with several trinkets of high quality.

The Masquerade Slab, Julianna’s ability that you use in the invasion mode, now has its own upgrade options. You can acquire these upgrades by playing the invasion mode as Julianna and successfully taking down Colt. 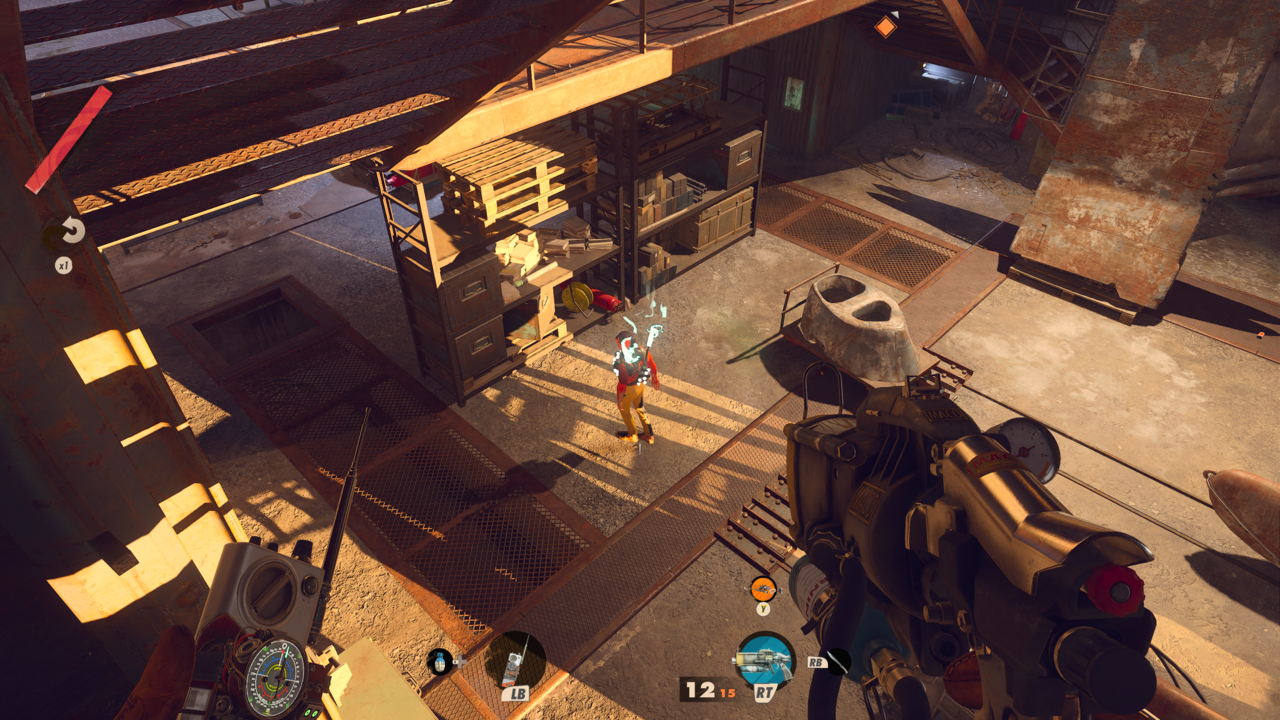 The new paint bombers can be spotted by looking for the glowing sticks on their backs.

The Goldenloop adds one new group of enemies and one boss-type enemy to Deathloop. The boss enemy is the Garbage Collector, who is the keeper of the Fugue Slab, who can be found in Karl’s Bay in the Afternoon. The new enemy type is the paint bomber eternalist. As the name suggests, these Eternalists run around with paint bombs strapped to them. If they spot you, they will activate the bombs and begin to chase you down. If you take them down before they activate their bombs, you can pick up the paint bombs and throw them at enemies.

The products discussed here were independently chosen by our editors. GameSpot may get a share of the revenue if you buy anything featured on our site.

GTFO: The best horror video game you need to try this Halloween season

The Callisto Protocol’s Latest Trailer Features Blood, Guts, And One Of The Boys

Nintendo DS games are difficult to clean because of their size and sensitivity, but a Q-tip can be useful for gently wiping the fibers...
Read more
Videos

What to Expect From Nintendo in 2022

They always manages to surprise us, but let's take a look what to expect from Nintendo in 2022. 2022 is shaping up to be...
Read more
Videos

Thanks to Micro Center for sponsoring this video, and Intel for the 9900KS which was given away in this video! browsemicro... source
Read more