There’s beauty in the simplicity of games bearing the label of an endless runner. The way the RNG is programmed to procedurally generate an infinite path offers a lot of replay value. When it comes to Scrap Divers by Gearhead Games, the concept is presented in an unusual way. It’s both simple yet surprisingly challenging, which makes for a far more engaging experience. Still, there are definitely elements that will make all sorts of players frustrated while still wanting to keep going. This makes the title both fun to play and difficult to complete, lending itself to short and long gameplay sessions.

Behind the Scrap Divers

Since endless runners are something people expect to pick up and play quickly, there’s not a lot of story to slow things down. Scrap Divers keeps things quick and to the point before throwing you in. An introduction lasting less than 30 seconds clues you into the situation: It’s the future and things aren’t going well. The dominant species appears to be robots and things kick off when one of them approaches a shady building in hopes of earning some gold. A crane immediately swoops down and holds them precariously over an infinite pit holding all the gold they could want. It’s up to you just how far you’re willing to fall to get rich. 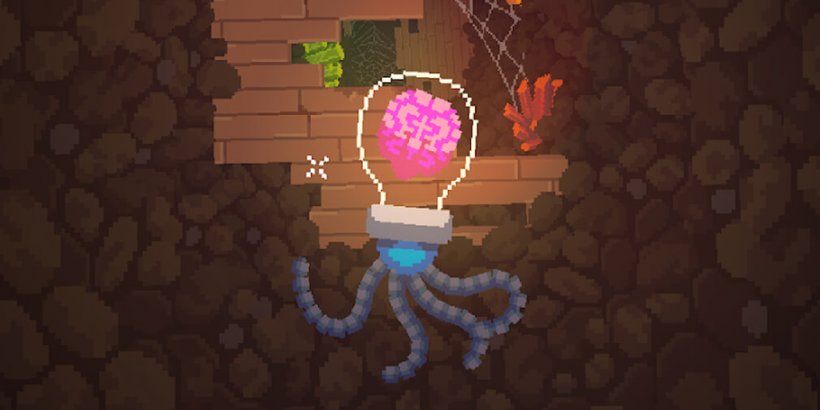 The classic easy-to-learn-hard-to-master structure is one to aim for in any game, particularly mobile which isn’t meant to be as huge as AAA titles. Scrap Divers pulls this off effectively through its gameplay. You’re a robot falling down a long shaft that will change its theme every few thousand meters. You’ll need to avoid hazards such as blockages, moving traps, and even other creatures on your way down as you try to fall towards gold. By using your finger, you need to control the robot’s position and move them consistently out of harm’s way. As easy as it sounds, the difficulty picks up the longer you fall and challenges you to keep your cool. It hurts to fail but that just makes getting further all the sweeter.

Then there’s the variety in terms of how you play. Your main asset is the robot you choose to use. Each has a different appearance and typically a positive and a negative. As you unlock more of them, you can test each one out to see which one best suits your playstyle. There are even robots made for grinding so that you can gather all the gold you need to buy different models. When more and more power-ups and obstacles get introduced, some robots’ abilities become far more appealing than others, giving each a chance to shine. 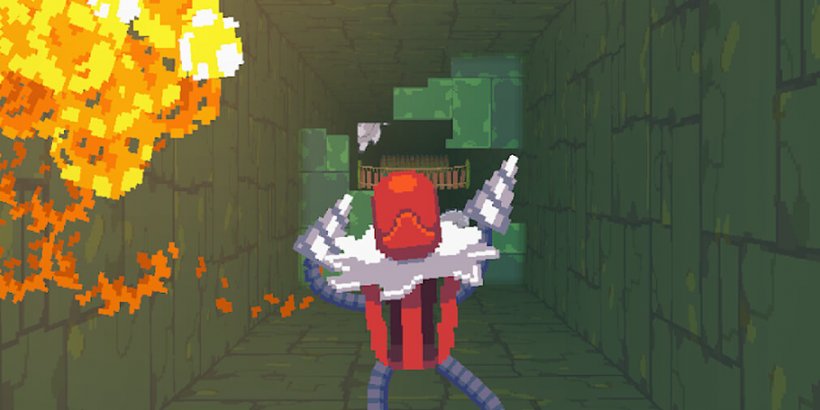 The game is very tight, but those that rely on RNG can struggle to find a balance between luck and skill. Scrap Divers does a pretty decent job, but slips up now and then. There will definitely be runs that are more in your favor than others. You may get a streak of attempts where there are more stationary obstacles than mobile as well as way more power-ups… only for your confidence to be crushed by continuous runs that throw instant death at you in the first few seconds. It can’t be helped, but skill can only do so much as your robot slides around and you just want to give your fingers a break.

Last but sort of least, learning hitboxes will take some time. Many robots have similar shapes while others are lankier and stretchier. This, combined with how some obstacles have more fluid areas of effect (like flame traps), there will be moments of, “OKAY, I KNOW I AVOIDED THAT.” Sadly, it’s just a feeling you need to develop through consistent playing. 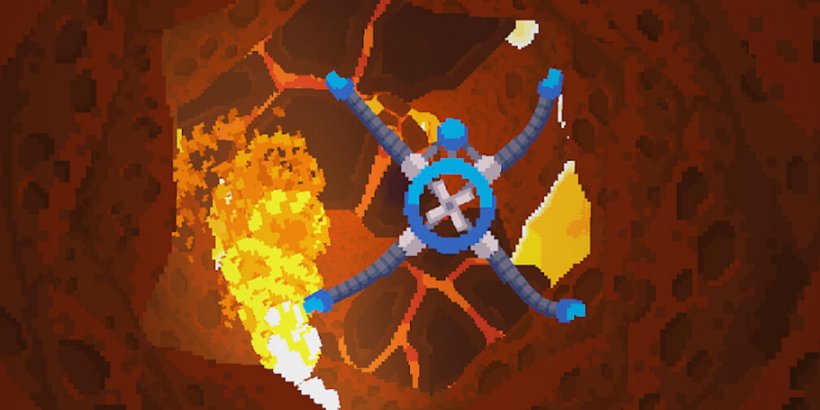 Scrap Divers is a 2D runner that takes place in an endless shaft where you guide falling robots around obstacles and to gold. It’s easy to get the hang of an enjoyable presentation, a growing, and balanced challenge, and a range of variables to keep things interesting. You will need RNG to be on your side while you get a better feel for the hitboxes. Do that, and you’ll have a chance at a better life than a scrap diver.

PlayStation classics have trophy support on new PS Plus

What Were They Thinking? Things Shooters Tried That Didn’t Work

That doesn't mean there hasn't been plenty of silly inventions, questionable technologies, and flat-out bad ideas along the way. Let's look back at...
Read more