Destroy All Humans! 2: Reprobed on PS5

2005 introduced sixth-generation gamers to Destroy All Humans!, a parody of Cold War-era films centered around alien invasion. The franchise saw moderate success until it was put on ice indefinitely after publisher THQ went bankrupt, leaving protagonist Cryptosporidium and Orthopox floating in a space of nothingness for 12 years. Nordic Games came along and purchased the rights to the franchise, rebranded to THQ Nordic, and gave the series new life with developer Black Forest Games at the helm of a remake of the first title, Destroy All Humans!

You’re probably wondering what the long backstory has to do with any of this, and if you’re a fan of the alien invader parody, you kind of know where this is headed. A solid showing from two remakes most certainly means gamers could see a much-needed revival and a possibility of a brand new entry, right? Well, before we get ahead of ourselves, let’s take a trip to the past in the swinging 60s.

Set 10 years after the first title, Crypto has replaced the US government and is enjoying the peace, love, and positivity of the 1960s. However, it isn’t very long before this utopia is disturbed by the KGB, and our hero discovers a sinister plot unfolding under his very eyes. Crypto sets out on a globe-trotting adventure to stop the Soviets while spreading his own proper form of alien peace, love, and positivity. The story itself is pretty wonky, but for these games, it’s par for the course as it intends to parody the period it’s set in.

Outside of the story, most of your time will be dedicated to wreaking good old-fashioned alien invasion havoc as Crypto sets out to learn more about the KGB interference. Plenty of side missions dot a locale’s map tasking you to either assassinate someone or spread the good word of alien god Arkvoodle by recruiting different populations to join the god worshiping. You’ll also find a bevy of collectibles featuring artwork and music tracks, and completing missions will earn you plenty of currency to up your alien arsenal.

I will say Black Forest Games did an exceptional job at nailing the gameplay. The power of the Unreal Engine 4 brings new life to this game in ways that shouldn’t go unnoticed; whether you’re disintegrating foes with the Disintegrator Ray or chaining electricity with the Zap-O-Matic, it feels good and plays pretty well. Black Forest Games also did a phenomenal job modernizing the controls and making Crypto’s arsenal feel satisfying while introducing some new mechanics that I won’t spoil. The love Crypto’s psychic abilities received with this update is also a high point with how effortless and satisfying it feels to use them.

While it plays well, it helps that the game’s locations are beautifully reconstructed. Bay City is bursting with color, peace, and love, Takoshima is beautifully inspired by Tokyo, and Tunguska is as dark as you’d expect with its frigid winter climate. It looks so good even if it’s only just to be torn down by Crypto’s flying saucer and a wild assortment of advanced alien weaponry. Character models received some much-needed love, and while it’s a bit jarring hearing the same voices with different character models, you get used to it and appreciate the updates.

It isn’t all rainbows and sunshine, however. My playthrough was marred by a few technical issues mostly in the form of textures loading in during conversations with NPCs, and I also had a few share of crashes in the game as well as audio missing in a few sections. Technical issues of that nature didn’t detract from my overall enjoyment, but for some, it might be so wary. 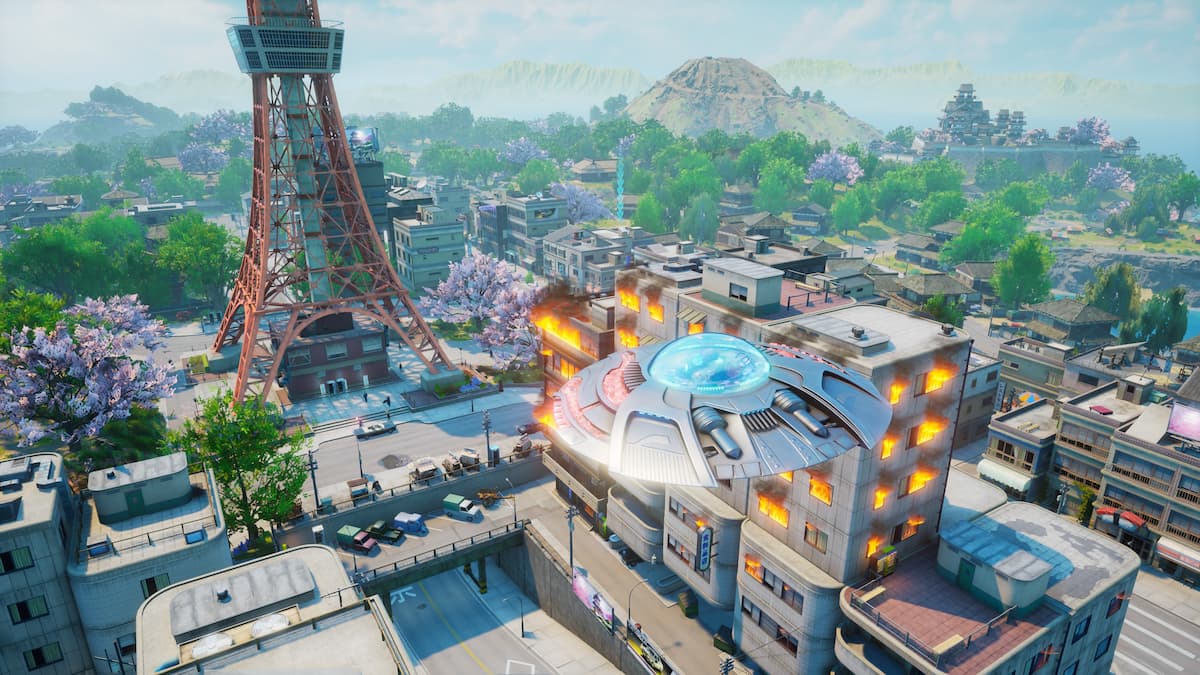 Technical situation aside, this is a near one-to-one recreation of the original sequel. Black Forest Games received some flack when the team delivered 2020’s remake of the first game, and this time around, the start of the game warns you not to expect many changes. Warning aside, my experience with this loosely defined “remake” presented itself to me as a double-edged sword of sorts.

I appreciate the fact that everything was nearly identical; voice lines and voice actors are the same, missions were the same, and even the music is the same as the original title. What I also noticed is that some story moments were reorganized to create a much more cohesive narrative experience which I thought was very nice. Remaking a title from scratch is a tall order, and I will always appreciate the fact that Black Forest Games gave us two modernized versions of Destroy All Humans! versus simple “high-res” updates of Crypto’s adventures.

Conversely, my playthrough made me realize that Black Forest Games should’ve stepped out of the team’s comfort zone a bit more to correct some issues that have carried over all these years later. As mentioned, the team took the liberty to reorganize story elements and while the new gameplay additions are very nice, some gameplay elements have been copy-pasted.

You can’t make custom beacons on the map, which sounds minor until you have to open your map a bunch of times to figure out where you’re headed. Along with that, the saucer controls are still pretty wonky all these years later and enemy combatant behavior hasn’t evolved in the past 12 years. Again, the game is a near identical copy and paste of the original for better and sometimes for worse. 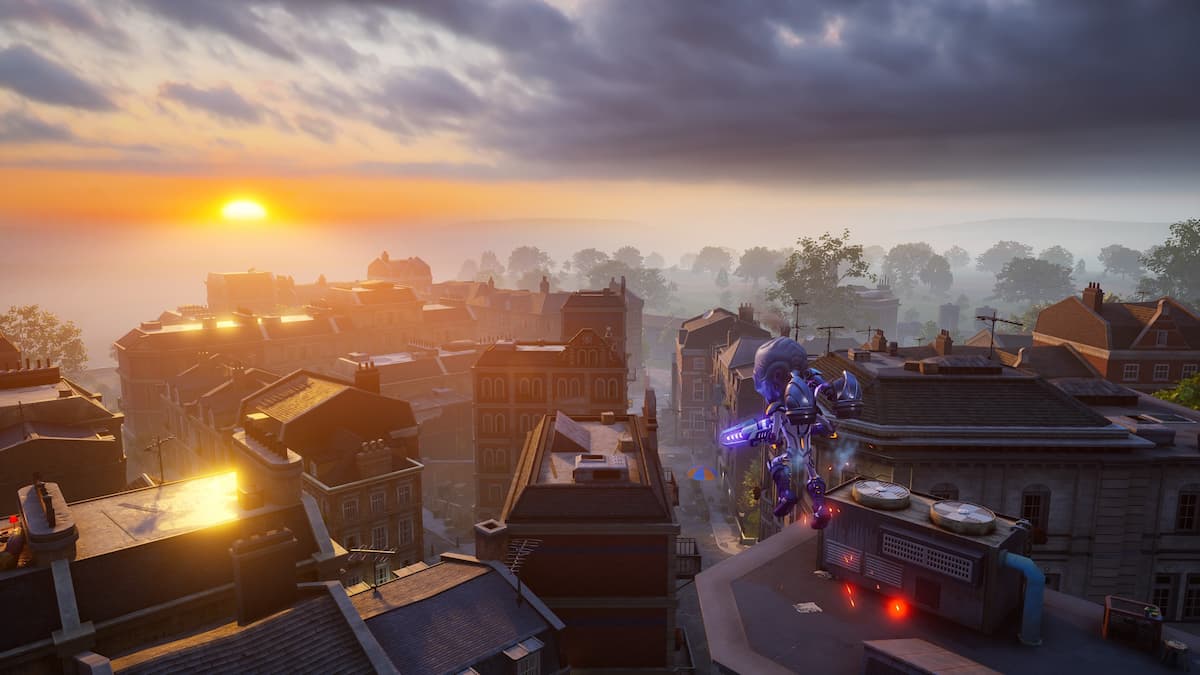 Overall, this is a phenomenal recreation of the second game. If this title meets expectations to green light another entry, I hope that Black Forest Games tackles Destroy All Humans! – Path of the Furon, and I hope they take it as a challenge to really “remake” the title that spelled the end of the series.

For now, though, I highly recommend Destroy All Humans! 2 – Reprobed. While Reprobed left me feeling a bit empty because it is another exact one-to-one recreation, the new updates and additions as well as a beautifully recreated world gives me just enough trust that Black Forest Games is the team to resurrect the Furon Empire. 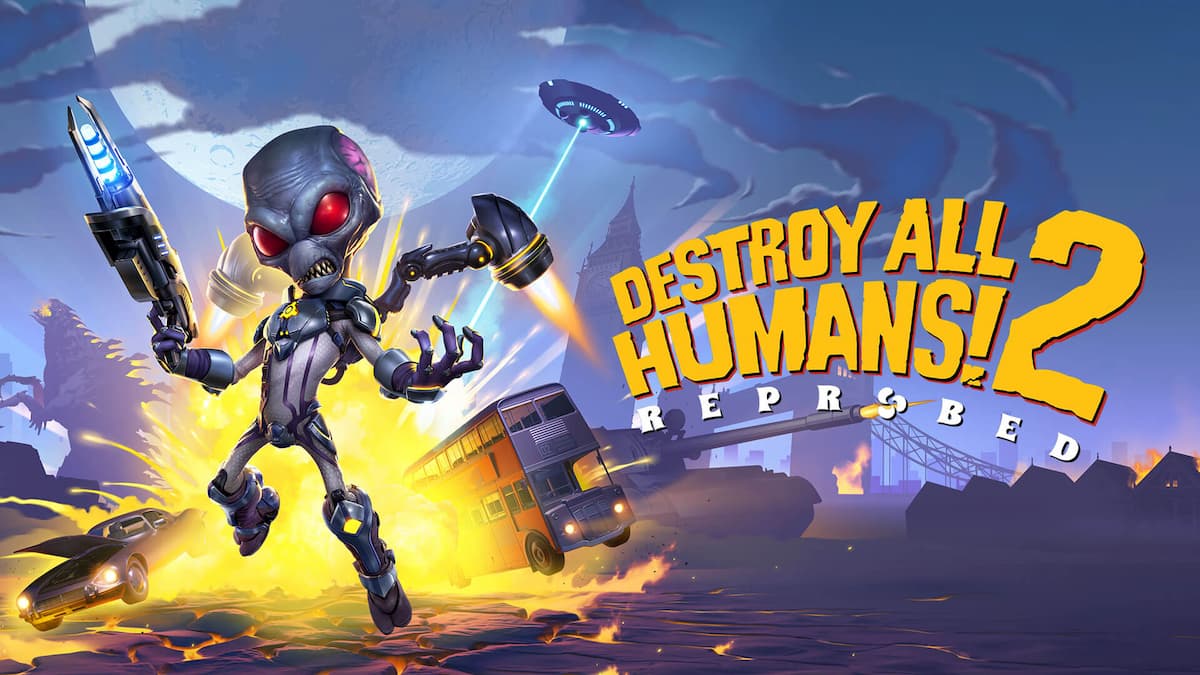 The MOST AVERAGE Gaming PC

Who Are the Blackwoods in House of the Dragon?

guides A guide that explains who the Blackwoods are in Game of Thrones: House of the Dragon. Published on September 15, 2022 Brady Klinger Meyers Home »...
Read more
XBOX

Twilight Garrison, a beloved and hideous Titan Exotic from the original Destiny, won't be headed to Destiny 2 anytime soon, according to...
Read more
Games

Image: Mojang/KotakuMinecraft's next big update is called The WildUpdate and it will add a tone of new nature-related content to the game. However,...
Read more