While the Fantastic Beasts franchise isn’t anywhere near as popular as the original Harry Potter series of films, it’s by no means a failure. The first two films alone, while not critical darlings, have made over $1 billion combined at the global box office. Still, the third entry in this franchise comes at a peculiar time for the series. JK Rowling continues to incite criticism for her transphobic comments, while Fantastic Beasts star Ezra Miller was recently arrested in Hawaii–which has reportedly led to future collaborations with Warner Bros. being paused.

That’s a lot for the third Fantastic Beasts to contend with, along with a recasting of Johnny Depp, whose role as Grindelwald has been taken over by Hannibal star Mads Mikkelsen in the new film. With such a tricky line to walk, it would have been easy for the entire project to fall apart, resulting in a subpar movie. After all, the last in the series–The Crimes of Grindelwald–made less at the box office than the movie before it and tallied up a pretty lackluster Rotten Tomatoes score of 36%.

Surprisingly, though, The Secrets of Dumbledore fares rather well. It’s by no means a Top 5 contender for Wizarding World movies, but it’s a big improvement over The Crimes of Grindelwald. It wraps up the cliffhanger that movie left behind and manages to tell a story that could easily wrap up the franchise, if it’s decided that further movies aren’t necessary.

Above all else, it’s the addition of Mikkelsen, who plays a more refined and devious version of Grindelwald than Depp, that makes this movie worthwhile. You want to see this truly evil version of the character do battle with Jude Law’s Albus Dumbledore. Throughout the film, you get to see his machinations in action, from manipulating Credence Barebone (Miller) to essentially acting as an allegory for former United States President Donald Trump–a man reaching for power by igniting a hatred for those who are different. In this case, it’s Grindelwald’s attempts to embolden wizards to turn on Muggles. It’s horrifying to watch after the last several years of real life and shows how ideologically opposed he’s become to his one-time lover, Dumbledore.

In The Crimes of Grindelwald, it was revealed in a cliffhanger that Credence was a long-lost member of the Dumbledore family. This latest film does offer up a satisfactory conclusion to that particular dangling thread. Unfortunately, though, so much story is thrown at you throughout the movie that it ultimately doesn’t carry enough weight.

That’s one of the biggest downfalls of Fantastic Beasts 3: It’s trying to do too much. Perhaps that was in an effort to wrap up a three-movie arc in case the franchise didn’t continue. Whatever the case, the big reveal of one of Dumbledore’s secrets taking the backseat to the ongoing Grindelwald saga feels a bit strange in a movie called The Secrets of Dumbledore. 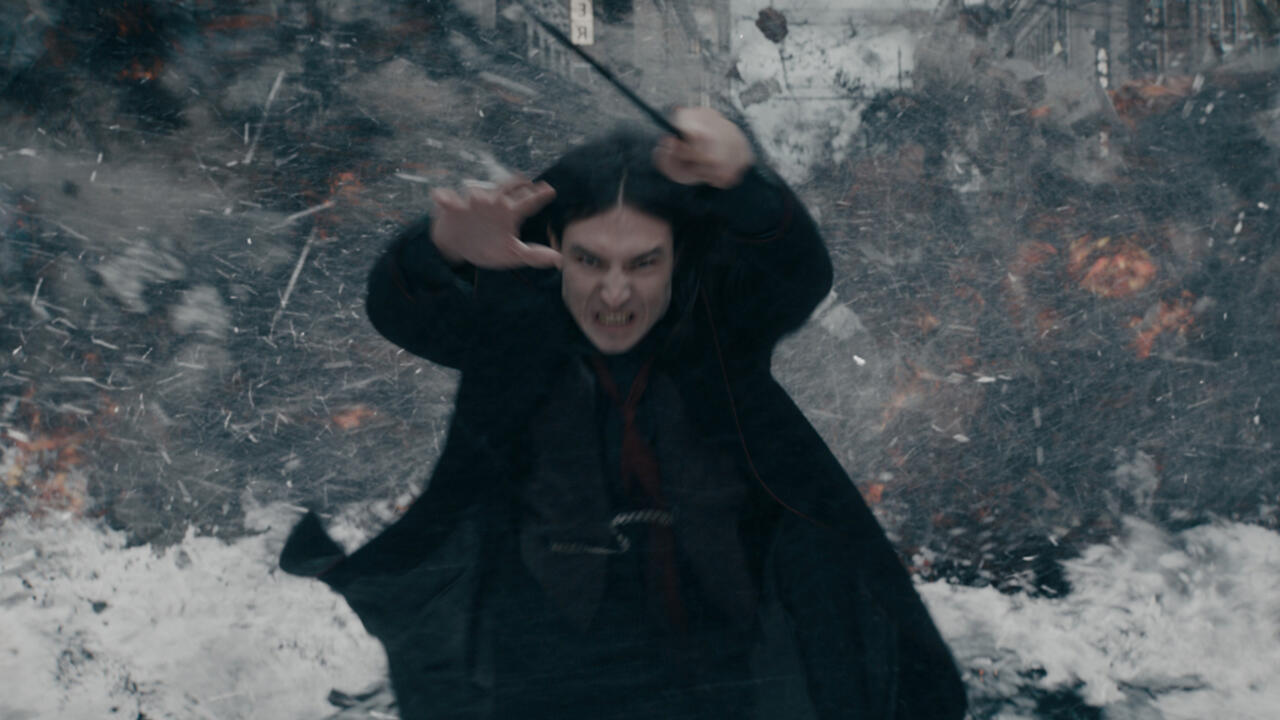 One pleasant surprise, though, is Dan Fogler’s Jacob Kowalski. The Muggle who’s running around the world with his magical friends, Jacob is more of a central figure in this movie than ever before as he attempts to help his friends save the world from Grindelwald. A lot of the movie’s comedy is care of Fogler, but so is a surprising amount of heart as he deals with the aftermath of the love of his life, Queenie (Alison Sudol), falling in league with Grindelwald.

Another bright side to the film is the action, which is filled with magic that actually looks vicious. It’s one big difference between the Harry Potter movies and the Fantastic Beasts movies: These aren’t kids in high school learning how to wield their wands. They fight with a certain level of grit that makes it clear they’re looking to cause harm. Watching Credence throw everything he’s got at Newt and the gang can be pretty scary, because it feels utterly relentless.

In the end, Fantastic Beasts: The Secrets of Dumbledore is a big step up from The Crimes of Grindelwald, though it still fails to be as engaging as Fantastic Beasts and Where to Find Them. And ultimately, this franchise continues to lack the same kind of magic that captured the imaginations of Harry Potter fans for so long. While that audience has since grown up, it hasn’t grown into the Fantastic Beasts films–and many continue to grow away from Rowling. 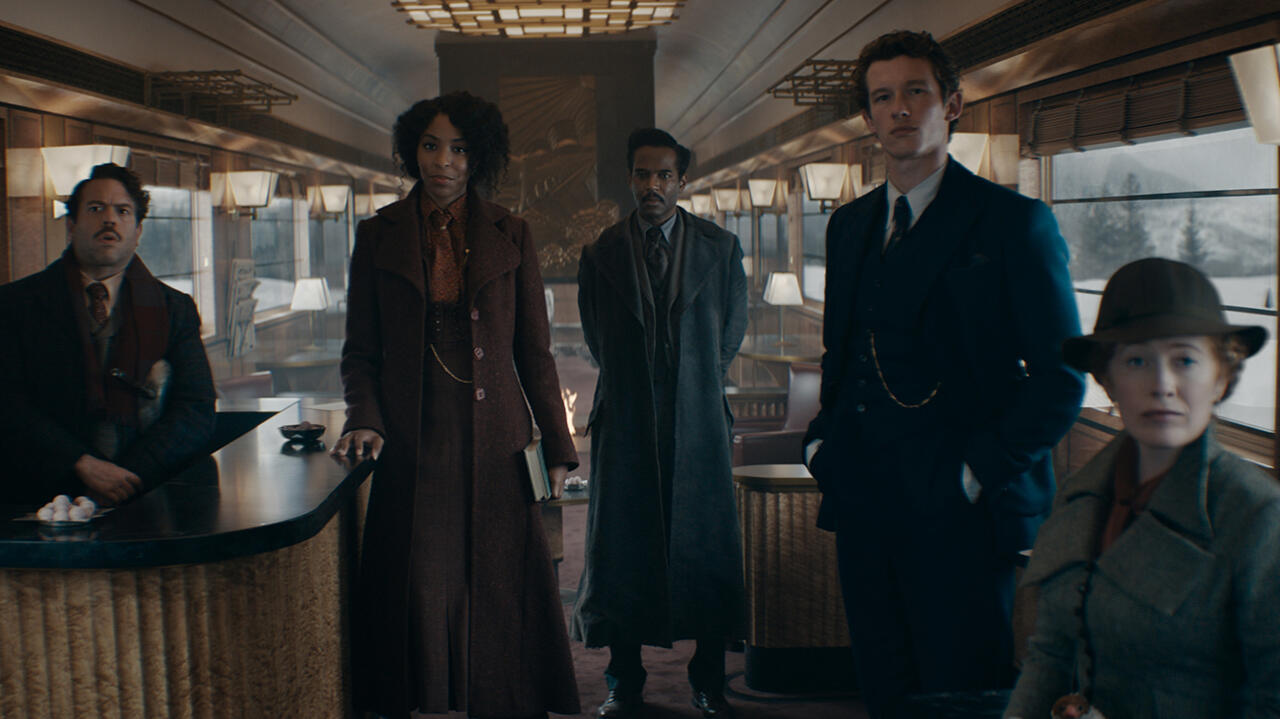 It’s fitting that The Secrets of Dumbledore ends in a way that could conclude the series. After all, it increasingly feels like that’s a necessary next step for Warner Bros., given that there’s speculation that the previously announced next two films in the franchise may not happen after all. Once upon a time, the Wizarding World was a crown jewel movie franchise that seemingly couldn’t be stopped. Those days are gone, though, and what we’re left with is a lackluster trilogy of films that pale in comparison to the original series.

Japan: Anime fans polled to find out which gaming series would make the best anime

Japanese website Anime Anime recently asked its extensive user base which video games franchises they would most like to see turned into an anime...
Read more
Nintendo

Rumor: Nintendo might have internally delayed Direct due to passing of Queen Elizabeth II

You may recall that, at the end of August, there were rumors beginning to appear that a Nintendo Direct was coming in September. ...
Read more
PC Gaming

Lost Ark's May update will give western players their first glimpse of a legion raid. While the...
Read more
Videos

Guidance and tips for getting the Platinum trophy in a short amount of time. #Spiderman #SpidermanPS4. source
Read more