People have started to calm down about the prospect of a new Witcher game finally being in development, although spirited theory-crafters are still firing on all cylinders. Will we see the return of the White Wolf, or is he too busy crushing fancy grapes in Witcher France? What about Ciri? Anyone with even a vague interest in CD Projekt Red’s blockbuster series will surely be familiar with how vocal fans have been about wanting the Lion Cub of Cintra to fill her adoptive father’s wolfy witcher boots.

The issue with a lot of these theories is twofold. On one hand, it’s hard to buy into speculation when you can’t even remember the vast majority of what happened at the end of The Witcher 3 — it’s been seven years for some people. On the other hand, some of the theories we’ve seen just don’t make a lot of sense. When you include some of the more minor scenarios, there are a whopping 36 different endings for The Witcher 3 that all combine to define highly specific world states. Yes, really. Thirty six!

Obviously, a lot of people are probably way too busy to boot up The Witcher 3 for the 500th time, especially given that Elden Ring simply refuses to end. If you’re included in that bracket, we’ve put together a breezy breakdown of every major event that happened at the end of The Witcher 3 and both of its expansions. We’re kicking things off with Hearts of Stone, which a) should ideally be finished before the end of the base game, and b) doesn’t actually matter that much in the grand scheme of things. Then we’ll move on to the main story, before neatly wrapping things up with how the world looks at the end of Geralt’s Toussaintian travels.

The Witcher 3 Hearts of Stone ending

While Hearts of Stone is an exceptional expansion featuring one of modern video games’ greatest villains, its endings are fairly unspectacular when considered next to their main-game counterparts. It basically boils down to one of two scenarios: you save Olgierd von Everec from Gaunter O’Dimm, or you allow the former’s soul to be claimed by the latter.

The way this plays out depends on your actions during a quest called “Whatsoever a Man Soweth.” To save Olgierd, you need to reconvene with Shani — a character fans of the first Witcher game will already be familiar with — and learn the whereabouts of Professor Premethine Shakeslock. The professor informs you that the only way to beat O’Dimm is to offer up your own soul as collateral, at which point you must solve a series of riddles to defeat the Man of Mirrors.

Alternatively, you can choose to let Olgierd die. O’Dimm will reward you in kind, offering you a choice between: the ability to become as swift as the wind; a horn that will never allow you to go hungry; a bottomless bottle of vodka (nice); 5,000 Benjamins; or advice on Ciri, which is actually extremely useful if you haven’t completed the main story and want to get the best ending.

As mentioned above, there are quite a lot of ways The Witcher 3 can end, although the main three scenarios pertain to whether Ciri becomes a witcher, Ciri becomes the Empress, or Ciri dies. O’Dimm’s advice from Hearts of Stone directly relates to the situations that determine which of these endings you get — while most people would argue that saving Olgierd is the correct choice, the Man of Glass certainly doesn’t cheap out when it comes to remunerating you for your betrayal.

Basically, there are five decisions in The Witcher 3 that impact Ciri’s eventual fate: a snowball fight, a visit to Skjall’s grave, a stop-off at the Lodge of Sorceresses, a meeting with Emhyr var Emreis, and some much-needed vengeance against Imlerith, the Wild Hunt commander who killed Vesemir. Making three correct decisions will cause Ciri to become the Empress, while making all five will allow her to become a witcher. Importantly, you must ensure not to make him meet Emhyr if you want that ending, which is widely considered to be the canon one.

The rest of the ending scenarios in The Witcher 3 aren’t quite as important, but they’re still worth considering when discussing the possibilities for a future game. For example, Geralt can either continue witchering his way through the Northern Realms if he romances neither Yen or Triss (or chooses to romance both of them to hilarious results). Alternatively, he can venture to Kovir with Triss or an unnamed region with Yen (implied to be Toussaint after the events of Blood and Wine). 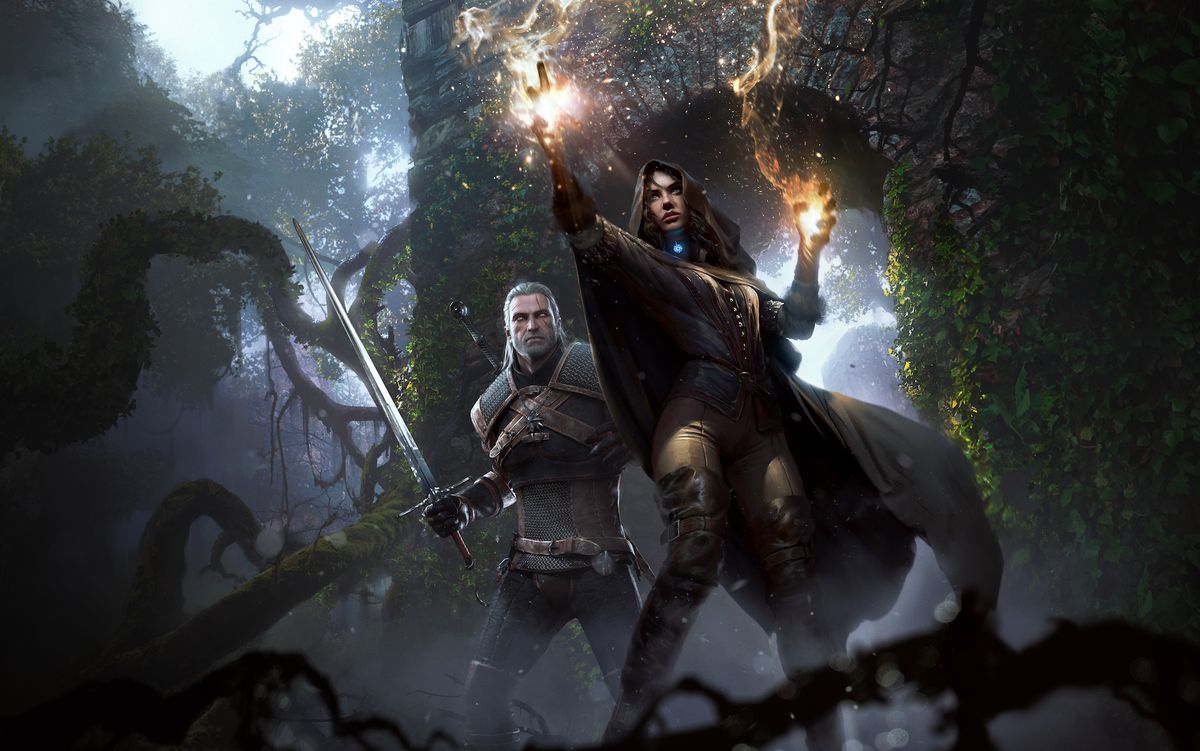 Other ending conditions include who rules the North at the end of the game, which can be either Emhyr, Radovid, or Sigisimund Dijkstra. The latter two can also die, as can Blue Stripes commander Vernon Roche.

Over in Skellige, there are similar permutations for who can take the throne: Svanrige Tuirseach, Hjalmar an Craite, or Cerys an Craite. Cerys is objectively the best choice here given that her election results in fewer deaths and a thriving Skellige, but it’s really up to you.

Then you have arguably the most famous story from The Witcher 3 with the Bloody Baron, who can either die after seeing his wife being transformed into a water hag, or save Anna Strenger and take her to a healer in the Blue Mountains. This is influenced in turn by the fate of the Whispering Hillock, a mysterious spirit who Geralt can either set free or kill.

The Ciri and Geralt endings are the most important ones though — especially if you’re one of the many people who wants a Ciri-led Witcher 4.

The Witcher 3 Blood and Wine ending

Being the final expansion of The Witcher 3, Blood and Wine is widely regarded as Geralt of Rivia’s stunning swan song. It’s a sprawling DLC ​​that teems with all manner of mystery and intrigue, and its main story can be resolved in one of three ways.

Before we get into the endings themselves, it’s worth noting that this is supposed to be played after the end of the base game. Anyone who has played Blood and Wine in its entirety will likely already be familiar with its tear-jerking denouement, which is very obviously intended as proof of Geralt’s well-deserved retirement.

In the first ending, Anna Henrietta — the Duchy of Toussaint — and her estranged sister Syanna both survive. To achieve this ending, you need to retrieve a magic ribbon from a fairy-tale world and kill the higher vampire Dettlaff.

While this is generally regarded as the “happy ending,” Regis — Geralt’s friend who dies in the books but is brought back by Dettlaff in The Witcher 3 — is forced out of Toussaint for killing one of his own. This is because although Geralt is the one to best Dettlaff in combat, higher vampires can only be killed by higher vampires. The same loophole that allowed Regis’ friend to revive him tragically becomes the very reason he is forced to repay the favor in blood. Remember — anything in The Witcher that seems lighthearted is usually only attained via unseen woe. (Anyone with an inkling for doing some extra digging can find a note Regis writes called “My Last Thought Before I Succumb To Sleep,” which reads, “I have a feeling that my friend Dettlaff will die. I am sad.” Heartbreaking. ) 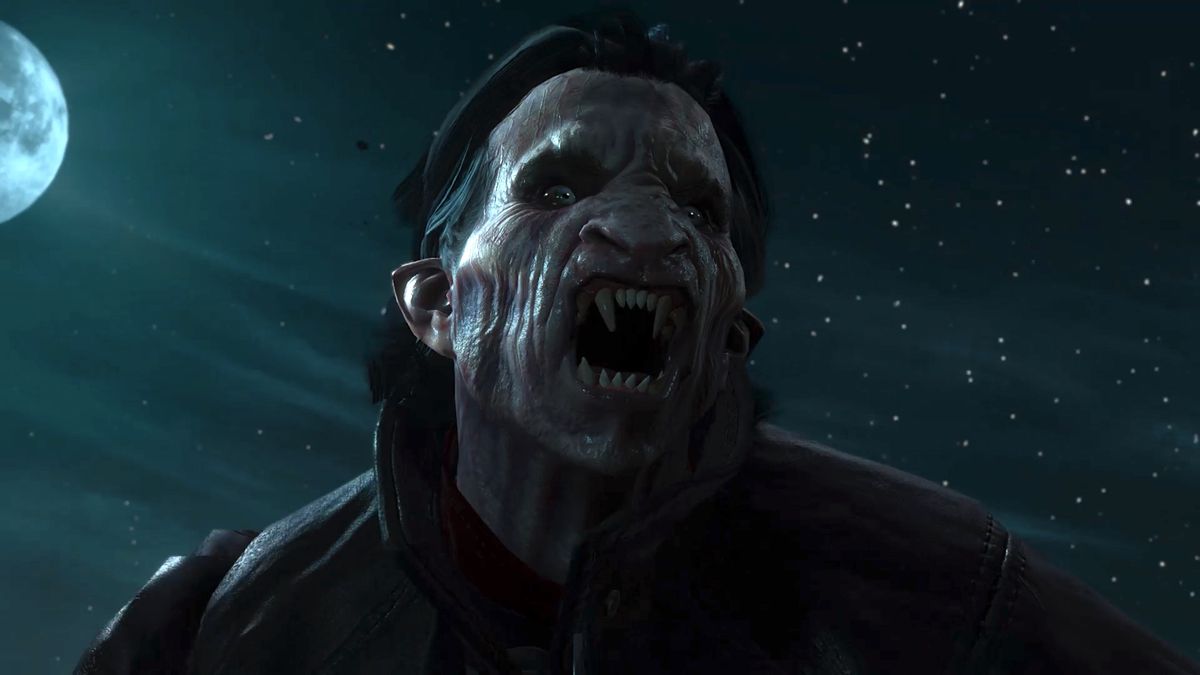 The second ending sees Anna survive, although Syanna is killed by Dettlaff. At this point, you can choose to fight Dettlaff like in the previous ending, or allow him to escape. Regardless of which decision you opt for, Anna Henrietta will throw you in jail for failing to save her sister, at which point Dandelion miraculously comes to the rescue. The main thing to note about this ending is that Regis is allowed to stay in Toussaint because he’s not forced to betray Dettlaff. For this reason, some people believe this to be the best ending — although the one where both Anna and Syanna survive is probably still the most popular one.

In the final ending, basically everyone dies. Syanna murders Anna and is then immediately killed by Damien, who shoots her with a crossbow. Geralt is forced to defeat Dettlaff and Regis is destined to be hunted by vampires he once called friends until the day they finally catch and kill him. This, you can probably surmise, is Blood and Wine’s worst ending, although many fans have argued that its proximity to Shakespearean tragedy makes it the most narratively fascinating one.

Regardless of which ending you get, Geralt retires to a vineyard in Toussaint and decides to spend the rest of his days sipping crisp whites, sweet rosés, and the kind of reds that make you want to rock and roll all night. Yen (the correct choice) or Triss (how dare you?) will visit depending on which one you romanced. If you choose neither, Ciri will visit you instead. And if Ciri dies, your guest of honor will be none other than Dandelion, who is obviously just here to steal as much of your wine as humanly possible.

At the end of Blood and Wine, you’ll be privy to one of the best scenes in the entire game. We won’t spoil it in case you’ve yet to experience it for yourself, but if you know, you know — the White Wolf really knows how to go out with a bang.

Broforce Returns In 2023 With Broforce Forever, A Big Update

Image: BroforceHave you ever played Broforce? Or even heard of it? You'd be forgiven for answering “no” to both those questions because,...
Read more
Videos

Gumball and Darwin try to tear themselves away from the internet, but end up falling down the Elmore Stream-hole. CN GAMES: ... source
Read more
PC Gaming