The maker of the long-running Pinball FX series of virtual pinball tables says a switch to a controversial new means of selling live content will help it accommodate cross-platform buys later. But longtime players will have to re-buy tables in the rebooted Pinball FX that they may have owned and played for years in other versions.

“We’re hoping that the lines are broken down between first parties, and we can do cross-buy, cross-platform,” Mel Kirk, Zen Studios’ chief operating officer, told Polygon on Thursday. Pinball FX launched in early access on the Epic Games Store the same day.

“So, us now removing entitlements from the store, and having them in Zen’s camp, where they have a player identification, we can say ‘Hey, Player X bought ET on Epic Games Store, they also have Pinball FX on Xbox Series X, we can allow them to have [cross-buy],’” Kirk said. “That’s always been a goal for us, we haven’t been able to, but we see in the future that we can do that.”

Getting there, though, has rankled many fans who saw the news on Wednesday that Pinball FX would switch to an in-game currency model, and also offer an all-you-can-eat subscription to all of its tables for $14.99 per month. Absent other platforms — and Zen Studios has not officially declared where the new Pinball FX will launch, other than the Epic Games Store — Kirk understands that looks like a tough sell.

Pinball FX is a free download, like the series’ earlier incarnations, that offers access to two free tables, which change daily. The free tables don’t have all game modes available, however, and they don’t allow players to unlock all of the in-game collectibles that are offered.

The response within the Pinball FX3 subreddit and in the comments under the new pricing’s announcement video was swift and almost universally negative. One player calculated that acquiring all the tables would cost $149.99, as they’d need a $100 pack of 1,200 tickets plus a $49.99 pack of 575, which would leave them with 90 unused tickets, technically worth about $10.

Other players bemoaned the fact the smallest ticket bundle is 100 tickets, which effectively forces players to pay for two tables even if they only want to buy one.

Kirk acknowledged that having extra, unused virtual currency is “not optimal,” but “we have a way to address that.” In Pinball FX’s early access period, Zen will ultimately implement “dynamic bundling, which will allow you to use smaller amounts of tickets to pick up an extra table.” Kirk said this particular feature hasn’t been implemented yet because, as it’s a data optimization solution, there isn’t yet enough data to build a dynamic bundling formula. Still, “ideally your balance could be zeroed out.

“I know it doesn’t make a lot of sense, why, to have extra tickets, but this tool is coming,” Kirk said.

The Mandalorian is a table built in Unreal Engine 4, and it will make its PC debut with the rebooted PInball FX. Image: Zen Studios

As for re-buying the tables, Kirk understands why that prospect is upsetting to some players. “We’re getting some heat right now,” he said, but “the same thing happened in 2010, the same thing happened in 2017,” when Zen launched Pinball FX2 and Pinball FX3. The difference is, in those games, most of the tables players had bought did migrate to the new game (if it was on the same hardware family). The ones that didn’t were usually licensed tables whose contract terms had expired.

Still, “We’ve been working with the same model since 2010,” Kirk said, and the nature of a live service game 12 years later makes that unsustainable — mostly because of the opportunity (and expectation) of cross-platform purchases and progression now supported in games as disparate as Fortnite, MLB The Show 22, or Knockout City.

So, Kirk knew that point Zen Studios would have to rip the band-aid off at some point, and make a change that meant re-buying old tables on a new platform, something no one would like. This is also attributable to developing Pinball FX in Unreal 4. (Pinball FX on PC is, for at least a year, an Epic Games Store exclusive, too.) Kirk also pointedly mentioned that Zen Studios told its community about the platform change — and what it would mean as far as rebuying tables — one year ago. 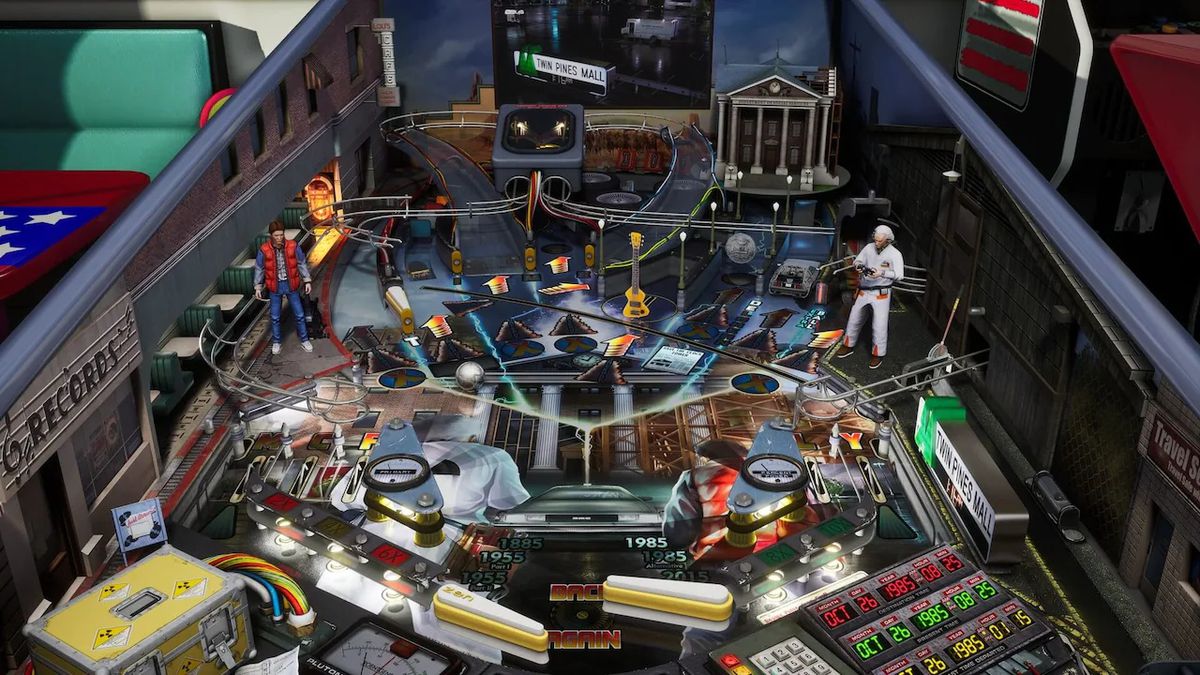 Back to the Future was one of three tables in Pinball FX3’s Universal Pictures Classics pack, which launched in 2017. Players must re-buy it to play it in Pinball FX on PC. Image: Zen Studios

“We had a huge decision to make, because it meant that we would no longer have the same packages on stores,” Kirk said. “When we develop a new game with new packages, that means that there’s brand new packages, and they have no entitlements, and we can’t go backwards in time.”

And while Kirk said that Pinball FX’s early access period would be used to change pricing or offerings — “If everybody hates Pinball Pass, they don’t find value in it, we’ll rip it out of there” — he’s confident in the support of Zen Pinball’s longtime fans and collectors.

“We have a ton of people who really do value and enjoy what we do, who buy everything, and they’re not going to put a comment in a chat or on Reddit,” Kirk said. “We’re doing well. People are still playing our game 15 years later from 2007. I think we will continue to find our way.”

Star Stable – How to get Star Coins

Star Rider Subscription This is arguably the easiest way to rack up some Star Coins in Star Stable. Signing up for the Star...
Read more
Games

Check out the Essential Electronics toolkit at: https://www.iFixit.com/LTT It's been tough to find a GPU in 2021, but AMD's hoping to ... source
Read more
Playstation

Sony disables PlayStation Plus subscription stacking ahead of revamp

PlayStation Plus is getting an overhaul in a couple of months, which makes things a little bit weird in the meantime. ...
Read more