Instead, the idea of ​​basing A Memoir Blue, an interactive poem about a swimming champion and her mother, came largely underwater to Chen in the bath. Chen told Polygon she spent a whole day soaking in the bath — despite the pruney fingers and toes — considering the game’s themes.

“It was a big tub, and I was completely inside with the water pressure pressed up against my chest,” Chen said. “I was pretty stressed out about the story back then, and [the water pressure] what like the feeling of crying. When people cry, they feel something on their chest. This is the feeling I want in [A Memoir Blue] and the water will be the way to tell the story.”

Chen leads Cloisters Interactive, a global games team headquartered in Taichung, on A Memoir Blue, the roughly 90-minute game described by Cloisters as an interactive poem. Water is consistent throughout the game, which is centered around the champion swimmer, Miriam, and her relationship to her mother. A Memoir Blue plays with magical realism, quickly turning an ordinary living room into an underwater journey through Miriam’s memories — memories that mimic some of Chen’s own.

Miriam’s world is flipped underwater after hearing a song from her childhood; the game floats between reality and fantasy, underwater and above it. A Memoir Blue’s imagery flips from 3D Pixar-style animation to 2D classic art from the likes of Disney. The mixed media approach — including an original soundtrack — separates Miriam’s present and past, but the water keeps everything as one.

A Memoir Blue swims through these memories with little friction for the player. It’s a game, but not in the traditional sense. There’s nothing to win, per se; instead, the mechanics are designed to enhance the story, which plays out more like a short animated film. It hovers somewhere between That Dragon, Cancer and the recently-released point-and-click adventure Norco. 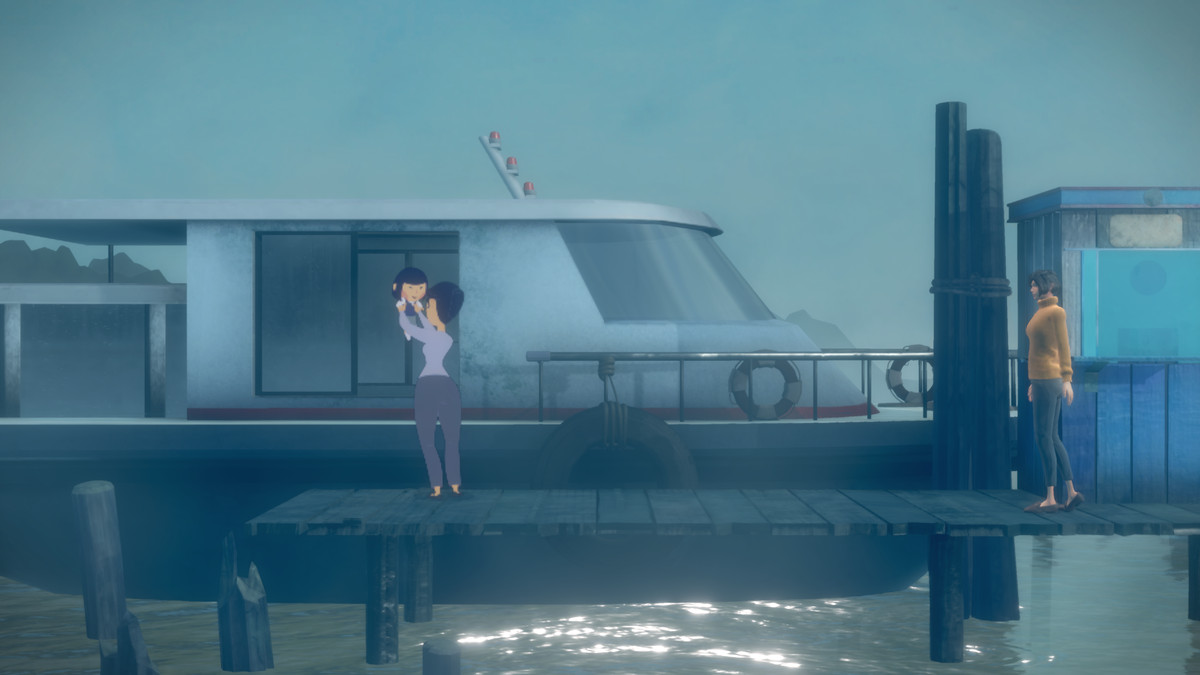 “It’s a very calm game, and most people are looking for something exciting,” Chen said. “I hope [players] get the feeling like they’re reading a short novel or watching a film.”

Clicking and moving a cursor helps push along the narrative, whether that’s clicking a fireworks display of jellyfish that illuminate the sea floor or purchasing a boat ticket — stamping it and depositing it into a ticket box — for the mother and daughter. Currently, A Memoir Blue is only on consoles (Nintendo Switch, PlayStation 4, PlayStation 5, Xbox One, and Xbox Series X) and Windows PC, but these movements feel, perhaps, designed for a touchscreen. It’s the sort of tactile experience to further immerse a viewer in a story and Miriam’s memories.

Memories, of course, are all a matter of perspective. The memory Miriam recalls is based on Chen’s own recollection of a trip with her mother, “the most fun day I had with her,” Chen said, but one that her mother remembered much differently. “I recognized how different a child sees the world compared to how adults see the world,” Chen said. “That really fascinated me.” 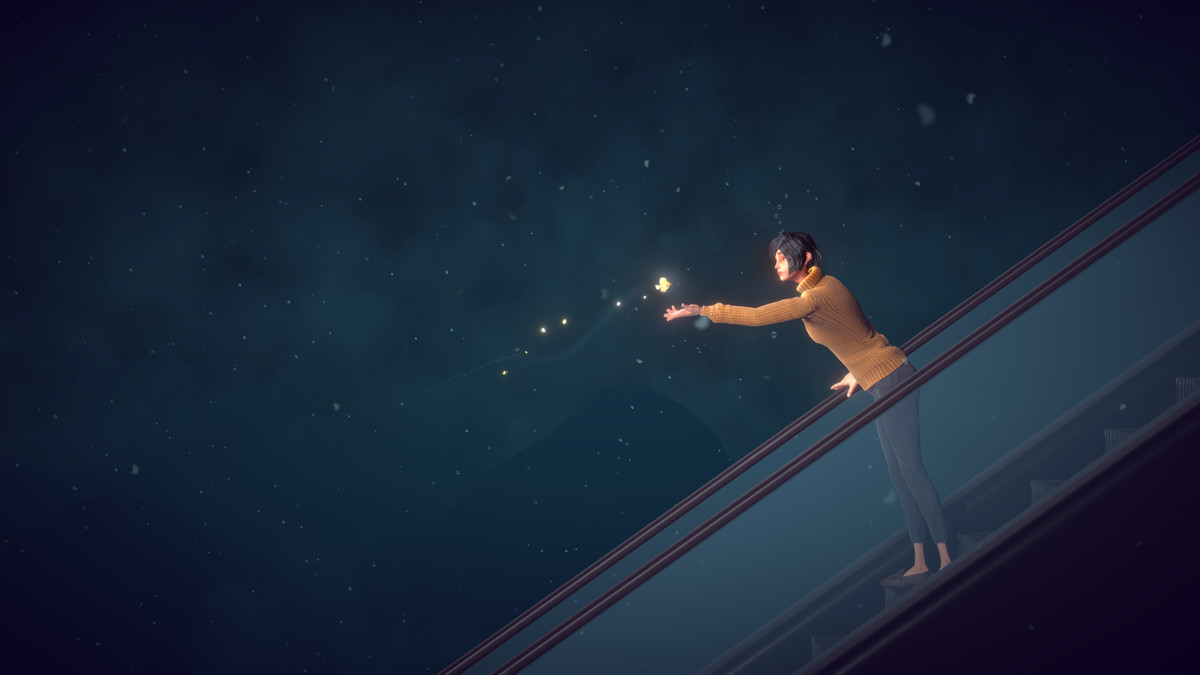 Whereas Chen saw the day as a momentous, exciting trip on a boat and a train, to her mother, it was more somber: a mother and her child leaving home to live life on their own. It’s clear there’s a deep sadness to A Memoir Blue, the weight of chest pressure and tears closing in on these moments. Chen and the Cloisters team used this feeling to tell the story without words, too — the only language you’ll hear in A Memoir Blue is inside the soundtrack, apart from the action itself. Otherwise, A Memoir Blue’s story is wordless, using its mix of visuals and magical elements in place of dialogue.

What we’re left with is a short, honest poem of a game that’s both devastating and hopeful. It’s what Chen was going for — something that reminded her of the animated films she loves, like Kunio Kato’s The House of Small Cubes and Michaël Dudok de Wit’s Father and Daughter.

“My mom went through a lot and we were really, really connected,” Chen said. “When I watched these films, they reminded me of her. I wanted to make something about her, make her hardship part of the story that can also bring the same impact for other people.”

A Memoir Blue was released on March 24 on PlayStation 4, PlayStation 5, Windows PC, Xbox One, and Xbox Series X. The game was reviewed on PC using a pre-release download code provided by Annapurna Interactive. Vox Media has affiliate partnerships. These do not influence editorial content, though Vox Media may earn commissions for products purchased via affiliate links. You can find additional information about Polygon’s ethics policy here.

Screenshot: Warner Bros. GamesGotham Knights came out a week ago and I've found it exceedingly difficult to find anything to love about the open-world...
Read more
Guide & Tips

Anime Battle Arena (ABA) is a fighting game on the well-known MMO platform, Roblox. With millions of visits and thousands of concurrent active...
Read more
Nintendo

US NPD results: Nintendo Switch family of systems No.1 in June and also for first half of 2022

The latest charts from the NPD Group have come through and it was the Nintendo Switch family of systems which were the best-selling system...
Read more