Valve’s official Steam Deck dock is still in the works, and it could be months before we can pair the portable powerhouse with its custom base. Thankfully, there are a number of compatible USB C hub and docking station options already available, and they could help you use your deck in the living room or at your gaming desk.

Whether you’re looking to create a Steam Deck TV experience or you require a dinky desktop replacement, a USB C dock could transform the handheld’s stationary abilities. Arming the Deck with a gaming keyboard and mouse essentially enables it to fill in as an entry-level gaming PC, and connecting it to an external monitor allows its 1080p abilities to flourish.

There’s a variety of Steam Deck compatible docks on the market, but it’s important to pick one that best suits the device. Some options out there are designed with gaming laptops in mind, meaning they won’t necessarily deliver power to the handheld or include support for its 45W charger. So, to help prevent any docking dilemmas, we’ve compiled a list of the best docking stations for the Steam Deck, including options from Anker, Lenovo, and Belkin.

Before we dive in, it’s worth noting that you can’t really “dock” the Steam Deck onto third-party docking stations and hubs. Therefore, you’re going to need to pick up a stand for the handheld or place it on a flat surface. Unless you’re planning on using the portable’s built-in screen, this shouldn’t be too much of an issue, but it’s a glaring omission compared to Valve’s official solution. 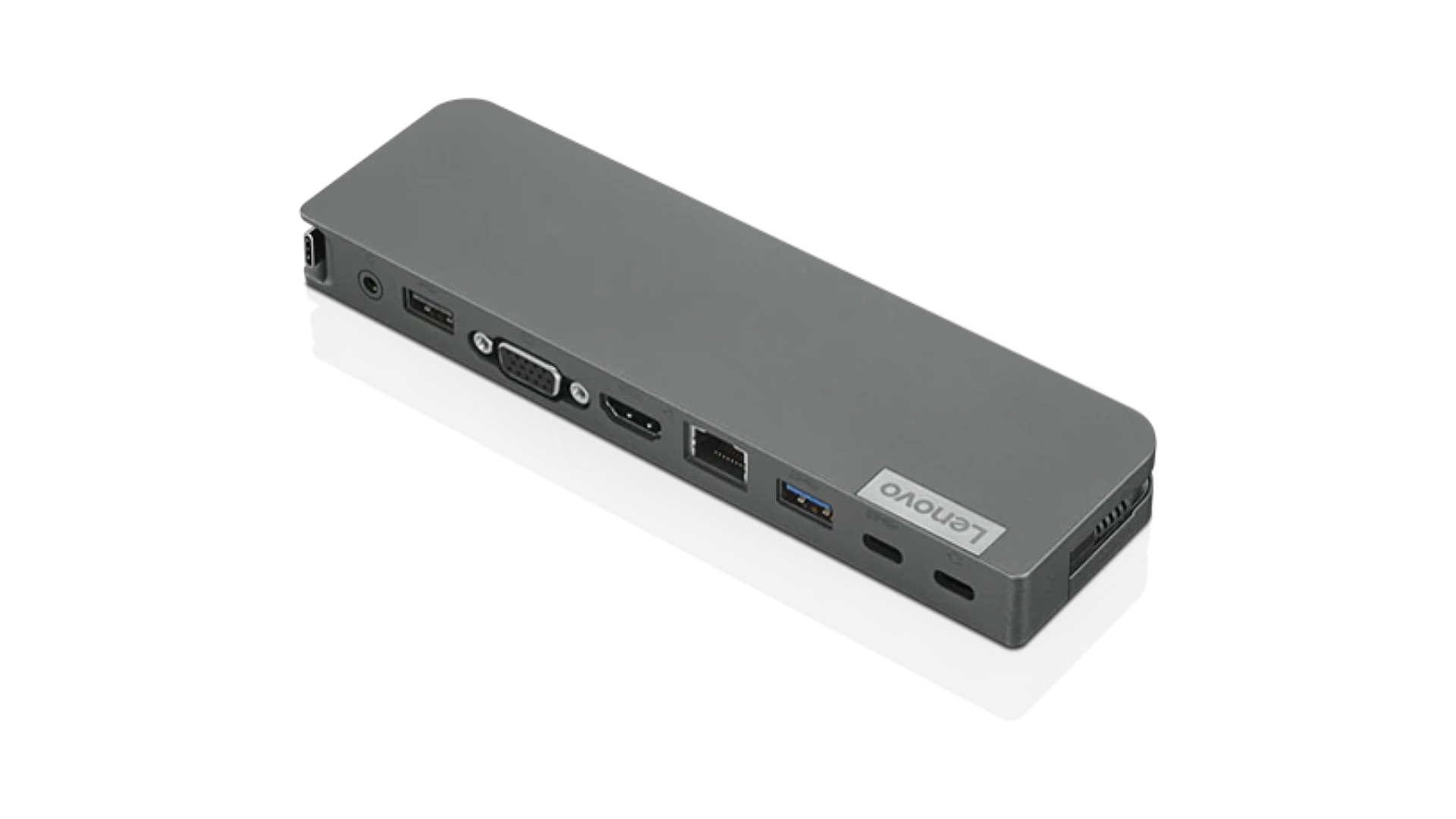 Lenovo is well versed when it comes to gaming laptop dock devices, and the Lenovo USB-C Mini Dock makes for a great Steam Deck hub. Just like most other entries on this list, this option doesn’t double as a handheld throne, but you could pair its expansive IO with a Steam Deck stand to make an uncanny version of Valve’s official accessory.

The USB-C Mini Dock wields two USB A ports, a USB-C port, HDMI, VGA, Ethernet, and a headphone jack, all of which connect to the Steam Deck via a built-in cable. Lenovo’s hub also supports power delivery 3.0, so you’ll be able to power the Deck and any connected accessories using its own 45W charger. 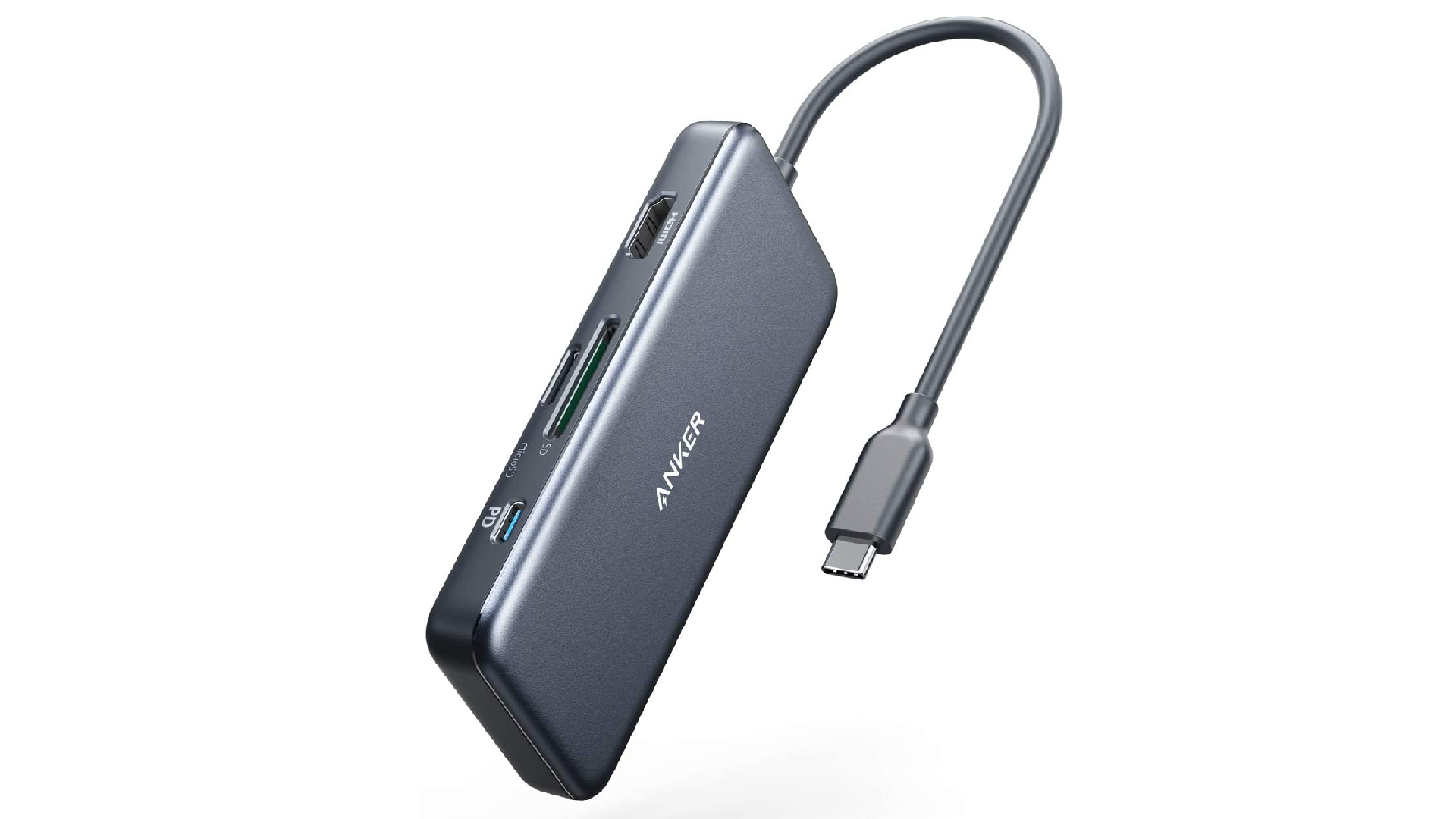 Anker’s USB C Hub is cheap, but it holds up against even the best Steam Deck docks on the market. This option crams two USB 3.0 ports, HDMI, high-speed Ethernet, and an SD card slot into a wallet-sized device, and it even includes Power Delivery 3.0 support.

Valve hasn’t revealed its Steam Deck dock price yet, but it’ll likely cost more than Anker’s compact alternative. That said, its dongle-esque design might bother enthusiasts that prioritize desk cable management, especially since its short USB-C cables makes it harder to tuck away out of sight. 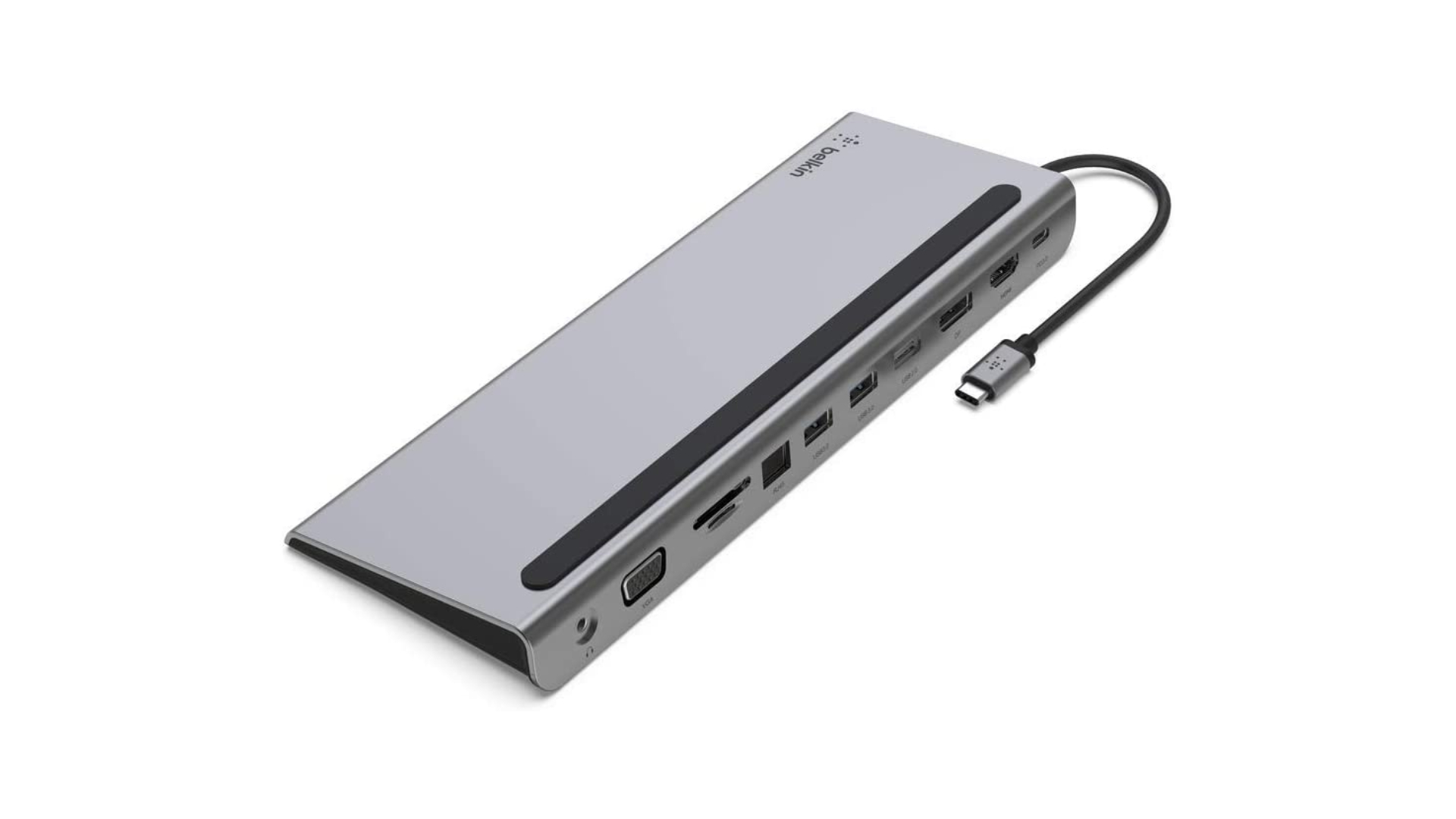 Belkin’s USB C Hub is clearly built with laptops in mind, but its wedge-shaped design could cater to Steam Deck desk setups. Placing the chonky handheld on the dock’s rubberised surface simulates the look of an official product while somewhat concealing any connected cables.

Speaking of connectivity, Belkin’s angular dock features packs an impressive array of ports, including three USB-A connections, HDMI, Displayport 1.2, and support for both MicroSD and full-sized SD cards. Admittedly, if you’re just looking to enjoy some Steam Deck games at your desk, this hub is overkill, but it could still help you squeeze every drop of functionality out of your new handheld PC. 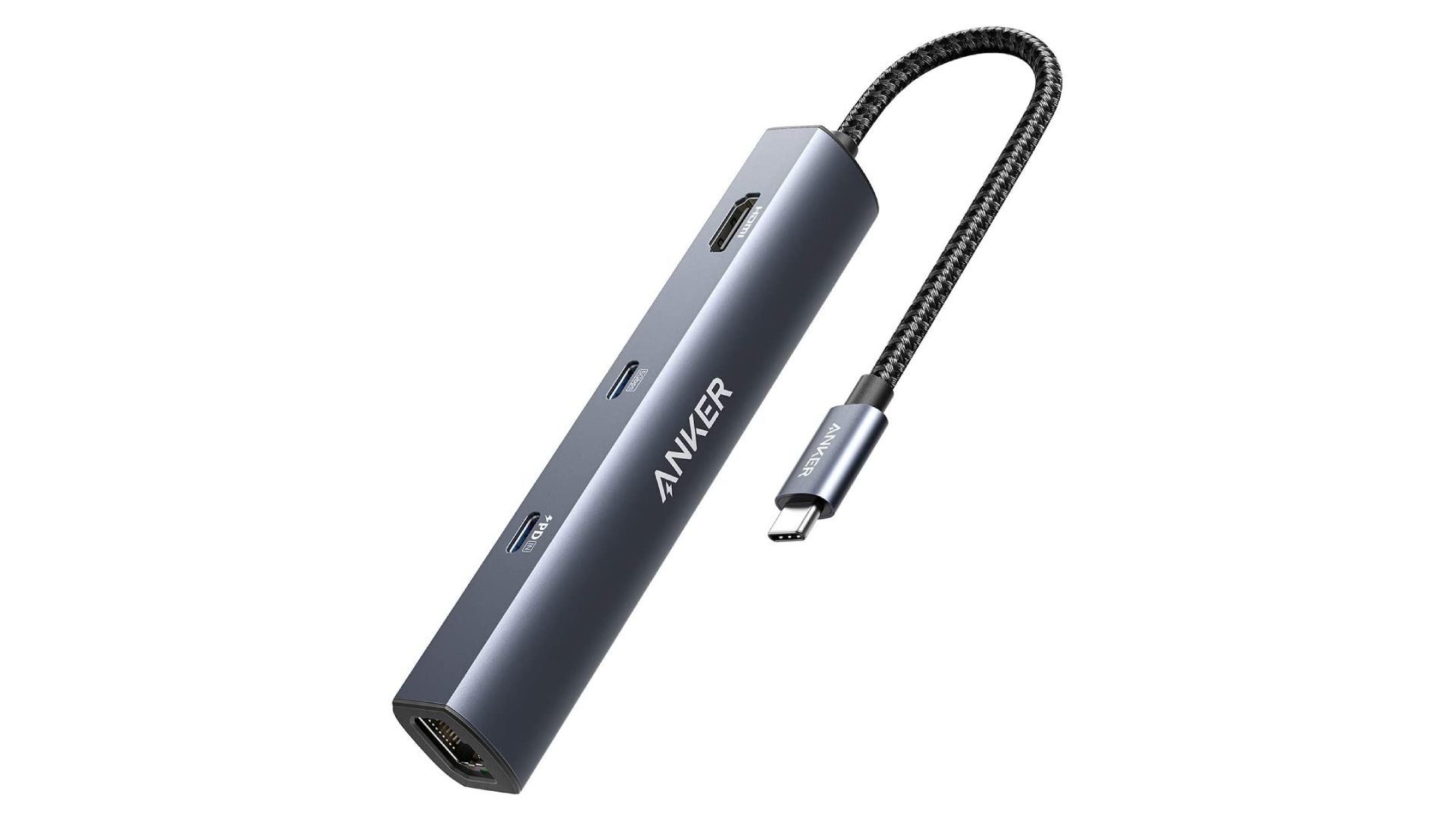 Anker’s USB C Hub Adapter blurs the line between dongle and dock, as its compact size doesn’t completely compromise its functionality. Despite taking up as much room as a chocolate bar, it boasts three USB 3.0 ports paired with HDMI and Ethernet, providing you with everything you need to use the Steam Deck with other devices.

Anker’s dinky dongle even features Power Delivery, so you won’t have to rely on the Steam Deck’s built-in battery. 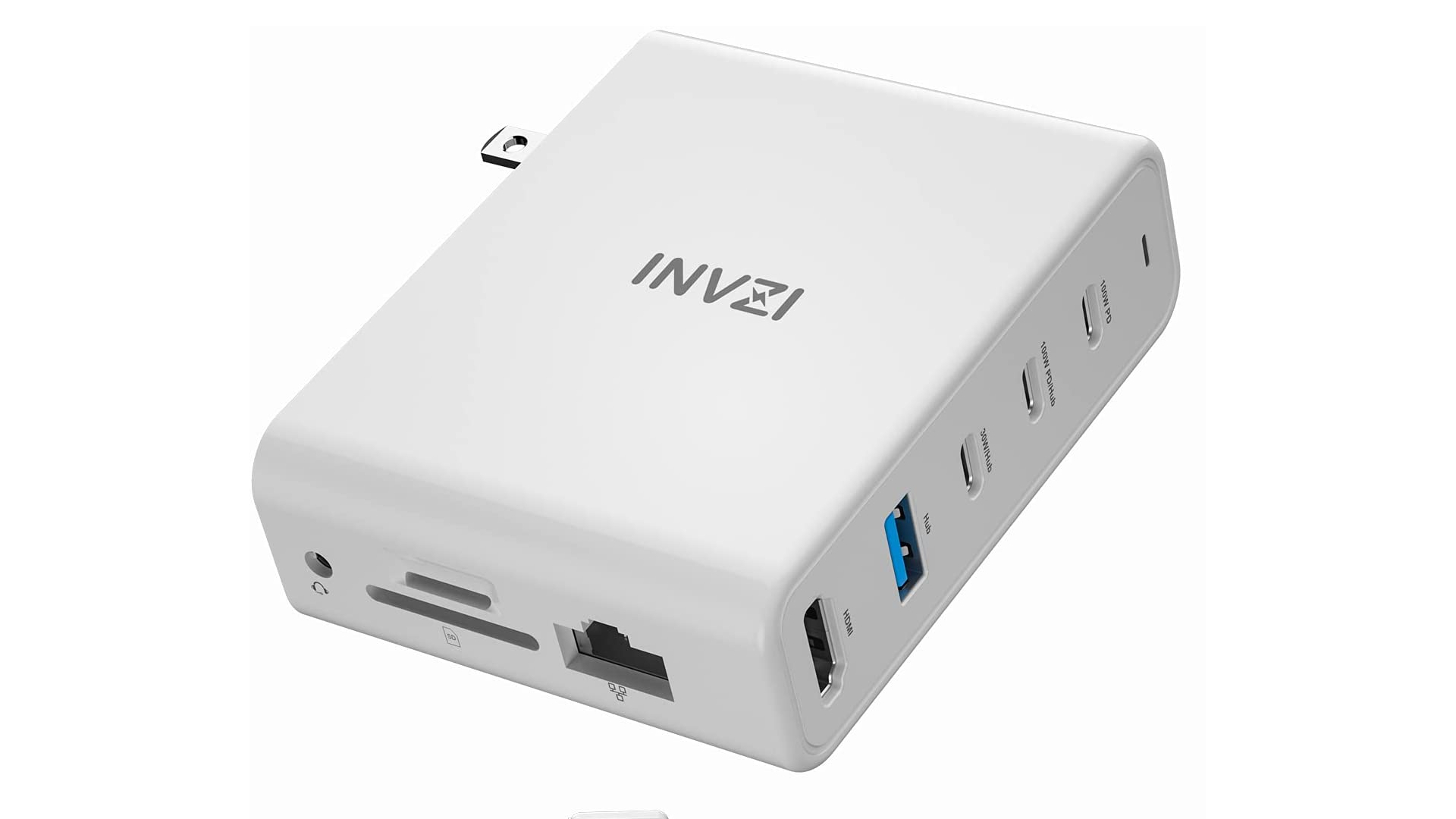 Docking stations usually sit proudly on top of your workspace, and they traditionally cradle your connected device. However, the Invzi Docking Station deliberately stays away from your desk setup by plugging straight into a wall power socket. Aesthetically, this hub looks almost like a big phone charger, but it’s actually equipped with HDMI, Ethernet, and three power delivery USB C ports.

Invzi’s Steam Deck compatible dock plug thing only comes with one USB A port, so you’ll need to use an additional hub if you want to hook up your keyboard and mouse. While this would usually hamper desk cable management, the fact that this device is effectively a wall plug means you can confine it to the realm under your desk, something that should prevent any spaghetti monsters from reaching your surface. 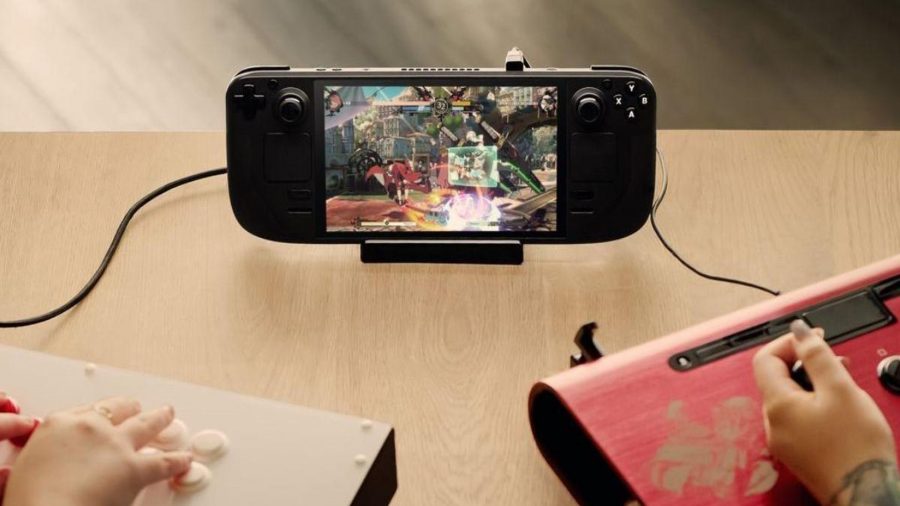 Traditionally, USB hubs enable you to connect more devices to your PC or laptop, while docking stations transform portable machines into fully-fledged desktop devices. These days, the line between isn’t quite as clear, the terms are used interchangeably to describe both USB-C hubs and accessories like the Nintendo Switch dock.

Dedicated USB multiport hubs still exist, but you’ll often find that they boast monitor and wired Ethernet connectivity. In other words, you’re better off checking the spec sheet for your chosen device, rather than relying on product terminology.

Do I need a Steam Deck dock?

Using a Steam Deck dock isn’t mandatory, but it’ll enable you to use Valve’s handheld as a mini PC or console. If you simply want to connect your deck to an external display, there are plenty of USB-C to HDMI adapters that do the trick. However, if you want to connect additional gaming accessories and keep the device powered, you’ll need to splash out of something with extra ports and Power Delivery capabilities. 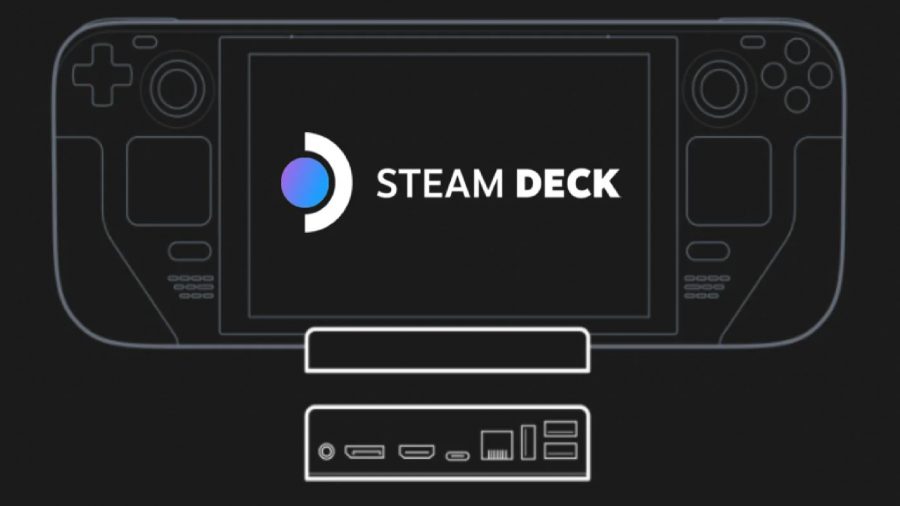 Unlike the Nintendo Switch docking station, the Steam Deck dock won’t boost the handheld PC’s performance. While connecting to the best gaming monitor means you can technically set your resolution to 4K, the Deck’s GPU will struggle to boost fps. Therefore, unless you’re looking to experiment with Steam game settings, it’s best to respect the portable’s limitations and treat it as an entry-level PC.

Can I use an external SSD with a Steam Deck dock?

Steam Deck external storage is an option, and you can connect Valve’s portable to an SSD or hard drive using USB-C. Of course, plugging a drive straight into the deck will shorten its battery life, but using a dock or hub with Power Delivery mitigates the portable’s inherent limitations. Some options also include built-in SD card slots, which could help you bring your Steam library on the go.

Mei And Lebron James Have Been Disabled Until Further Notice

Image: Blizzard | NBAIt is my sad duty to report to you that Mei, the young ice-wielding hero of the Overwatch series, and...
Read more
XBOX

I can't stand clutter, in real life or in my video games. Those people who save up all of their potions...
Read more