This week, Polygon has been celebrating the winners of the entertainment world — the ones who came, saw, and conquered in a variety of exciting and morally irresponsible matchups. But to wind the week down, we want to call attention to the ones who so frequently go overlooked: the losers.

One eternal question spans all of pop culture: “Who would win?” That’s why we’re dedicating an entire week to debates that have shaped comics, movies, TV, and games, for better and worse. Prepare yourself for Polygon’s Who Would Win Week.

What is a loser? Can love bloom between losers on a battlefield? Why do we gravitate toward them, even though, by definition, they’re constantly doing the very thing we root for them not to do? To answer these questions, the Polygon staff pulled together our favorite 25 losers in video games, a realm where winning is usually the whole deal. Each entry interprets the label a bit differently, prioritizing anything from lovability to the literal frequency of defeat — but they all bet a profound appreciation for the has-beens, afterthoughts, and wannabes of the interactive medium.

Oh and, to add even more salt to their wounds further celebrate their accolades, we ranked them. 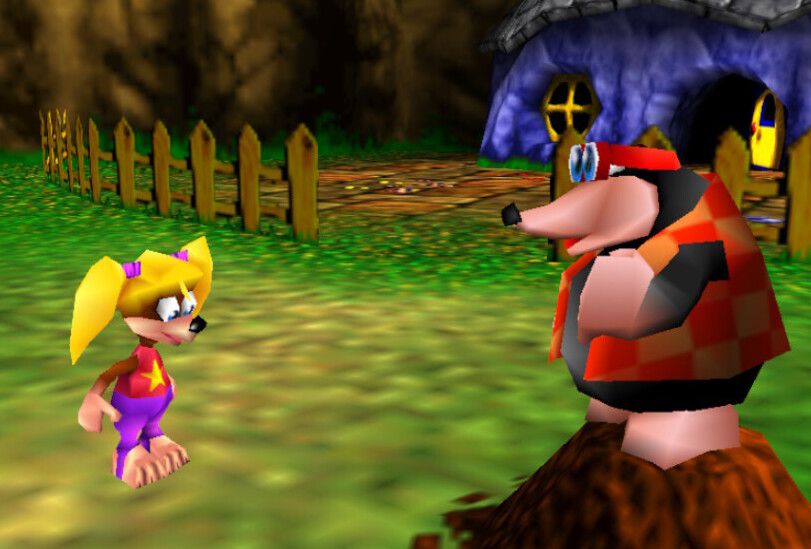 Bottles is the ultimate video game sad sack. He spends the entirety of Banjo-Kazooie teaching bear and bird to execute basic moves in a tired, ho-hum tone. And just as the duo has incorporated bottles into their friend group, inviting him to poker night, he gets zapped to death on Banjo & Kazooie’s lawn at the start of the second game. From unsung tutorial hero to a pile of ashes in 10 minutes time, Bottles is the biggest loser in Banjo-Kazooie and Banjo-Tooie. —Ryan Gilliam 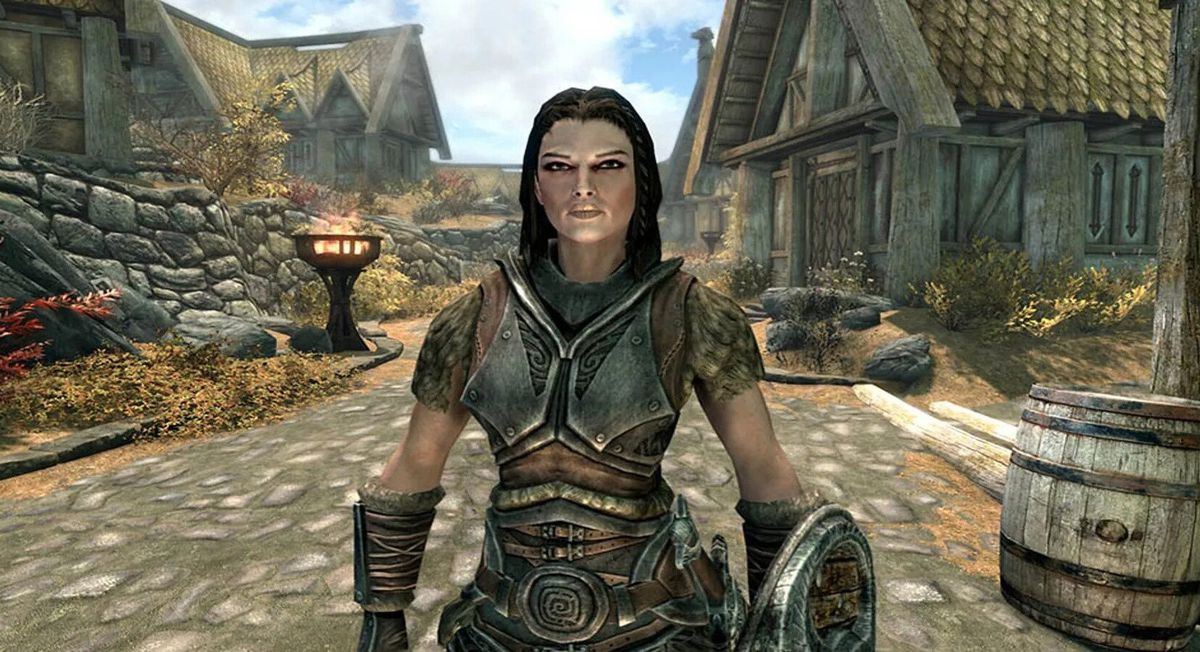 She is sworn to carry your burdens. —Nicole Clark 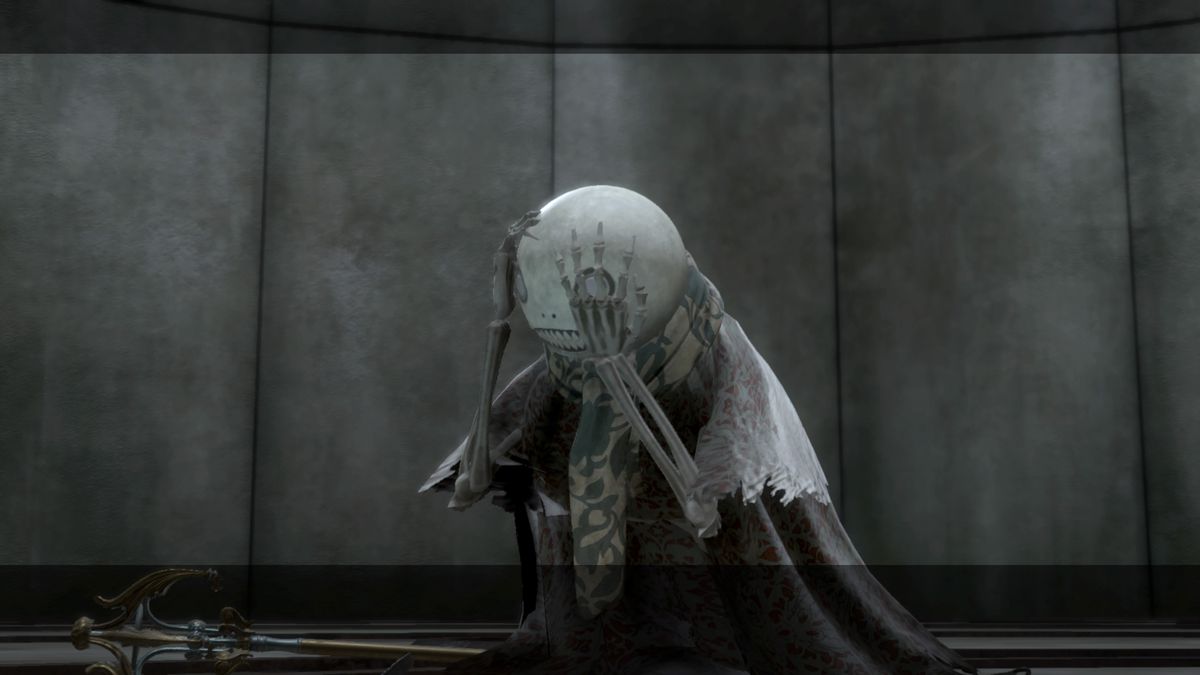 He simply loses so much throughout the Nier franchise. In Nier: Replicant, Emil looses his sister to terrible experiments that turn her into a monstrous weapon — and after defeating her, Emil is transformed from a sweet, young boy to a fantastical creature wearing a spherical helmet with a Cheshire Cat grin. The events leading up to, and through, Nier: Automata involve Emil copying himself repeatedly in order to fight a robot threat. Each copy dilutes Emil’s personality further, until he has lost himself completely. He’s one of the most tragic, and beloved, characters in games. —Nicole Clark

They blindly serve King Dedede, and are typically expendable, vanilla enemies. But now that they’ve been kidnapped in Kirby and the Forgotten Land?! They can never win. —Nicole Clark 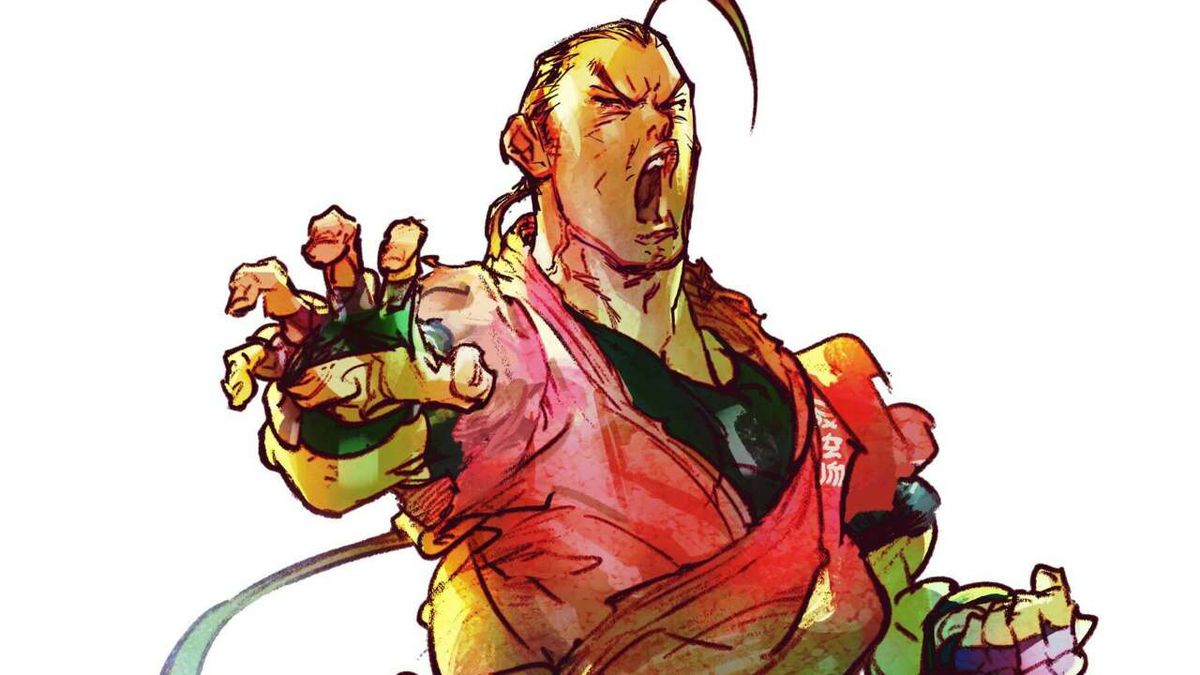 Designed as a weak character so anyone who managed to win with him would get bragging rights, Dan was Capcom’s favorite punching bag throughout the mid-’90s. And maybe a little poke at SNK, too. — Matt Leone 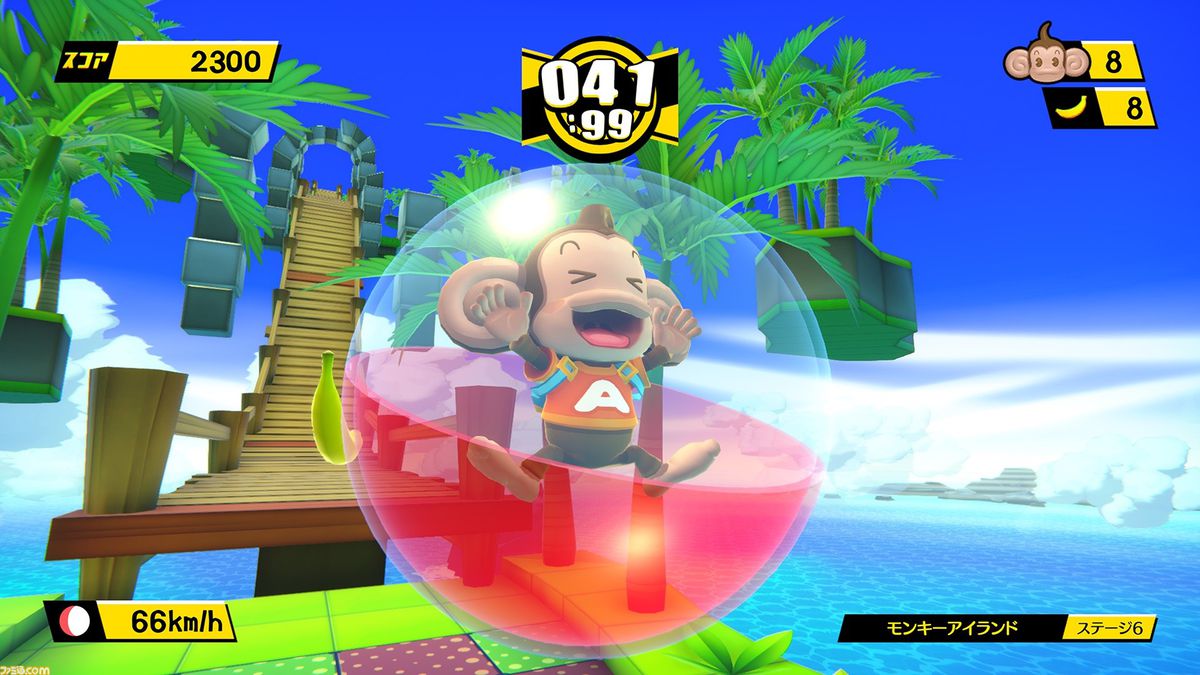 This poor monkey falls to its death, constantly. —Nicole Clark 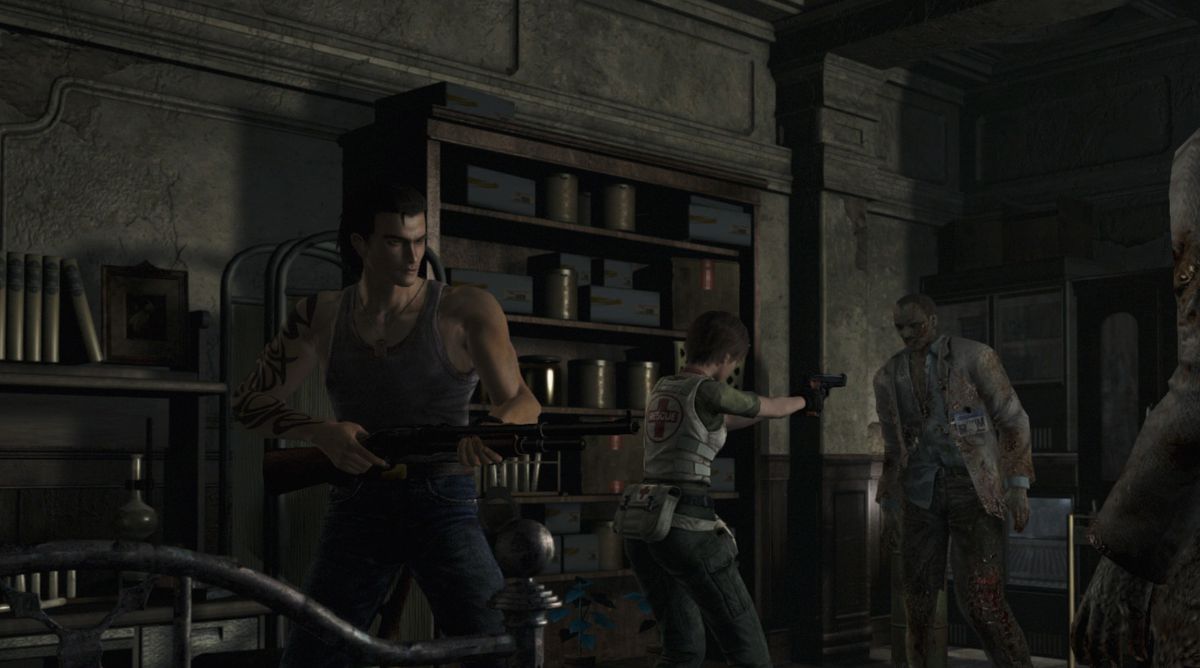 Of the many Resident Evil characters who could have made this list, none of them whiffs on the forced edginess that defines much of the series like Billy does. I like tattoos, and I like tank tops, but this dude is so into himself that he makes it impossible for anyone else to like him. —mike mahardy 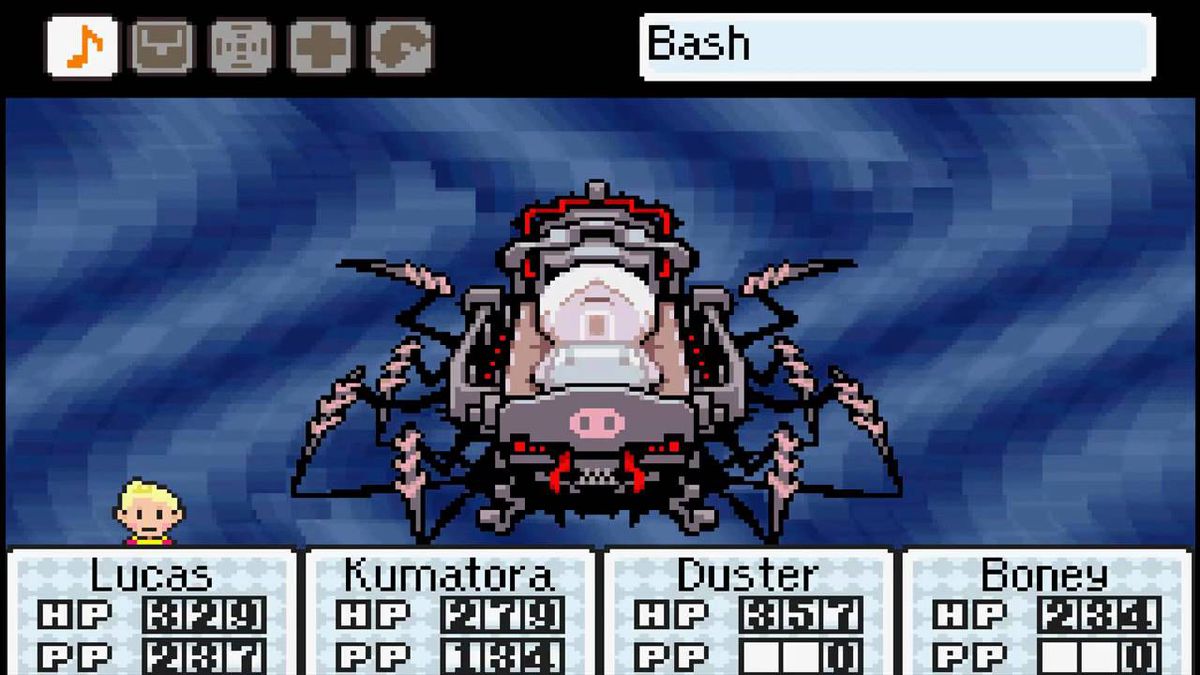 Earthbound has a real villain, but Pokey is a total heel who weasels his way through the whole game, appearing at the right hand of bigger and bigger bosses, but never actually posing a threat. His greatest asset is his loser dialog, ending his final letter to you with the iconic “spankety spankety spankety.” —Chelsea Stark 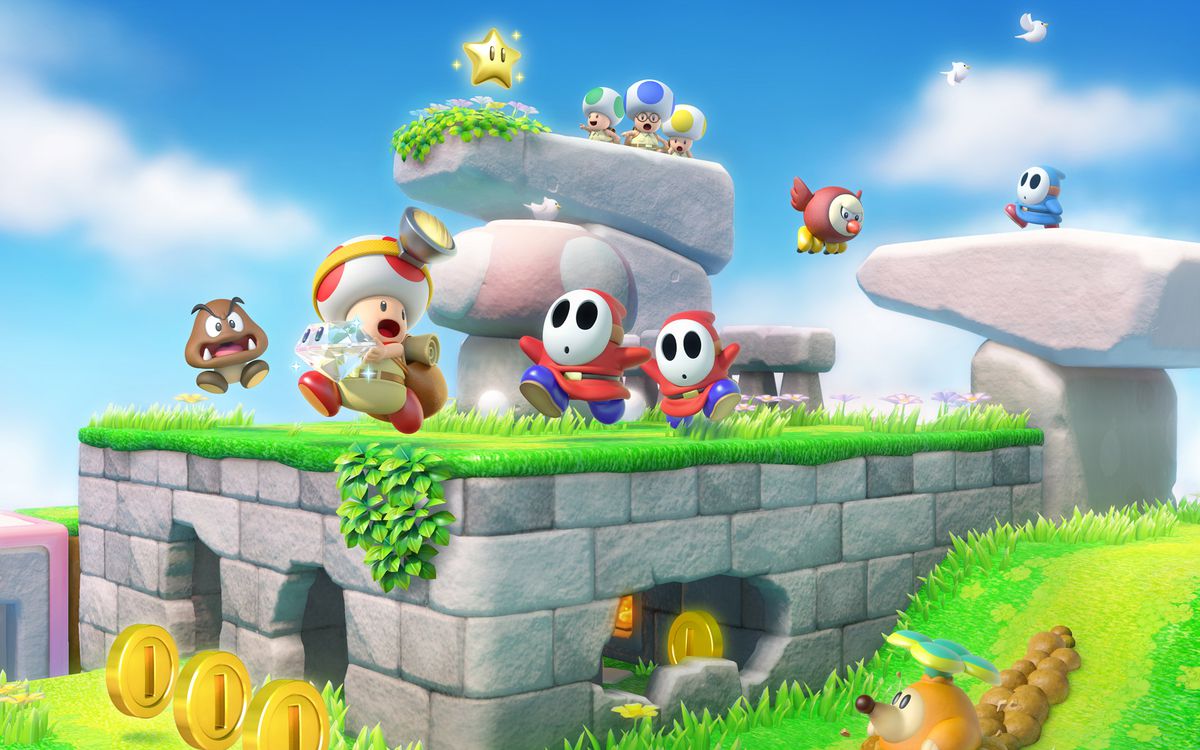 An entire game revolves around this Toad getting lost. Find him? He should find himself. —Nicole Clark 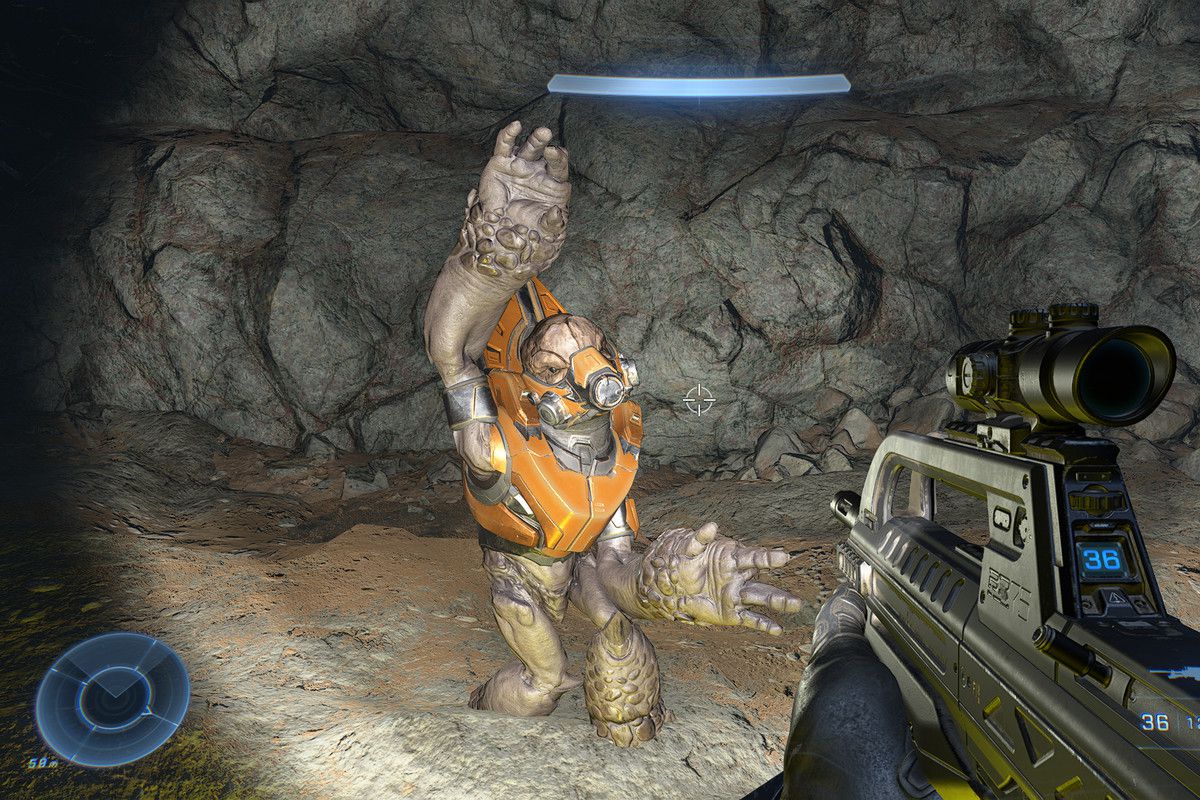 They’re easy to kill, easy to scare, and in the end, easy to love — the true embodiment of video game cannon fodder (excluding that one grunt that always manages to kill me when I’m hiding to let my shields recharge on Legendary difficulty — that guy is a winner if ever there was one). —Mike Mahardy 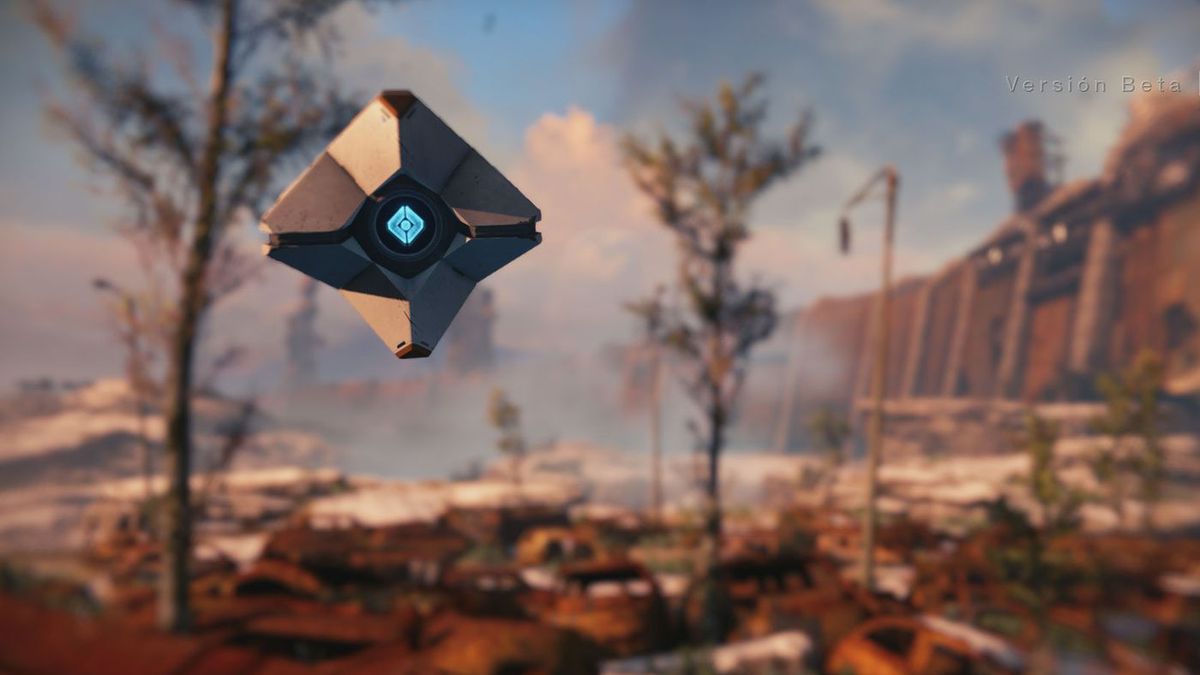 Image: Bungie Inc via The Verge

Peter Dinklage’s Ghost existed in Destiny just long enough to get memed on (“That wizard, it came from the moon!”) ​​and become a permanent goof in the community. Then, he was replaced only a year later by prolific and pervasive video game VO superstar Nolan North. Dinklebot went from capital G Ghost to the ghost of Destiny past. —Ryan Gilliam 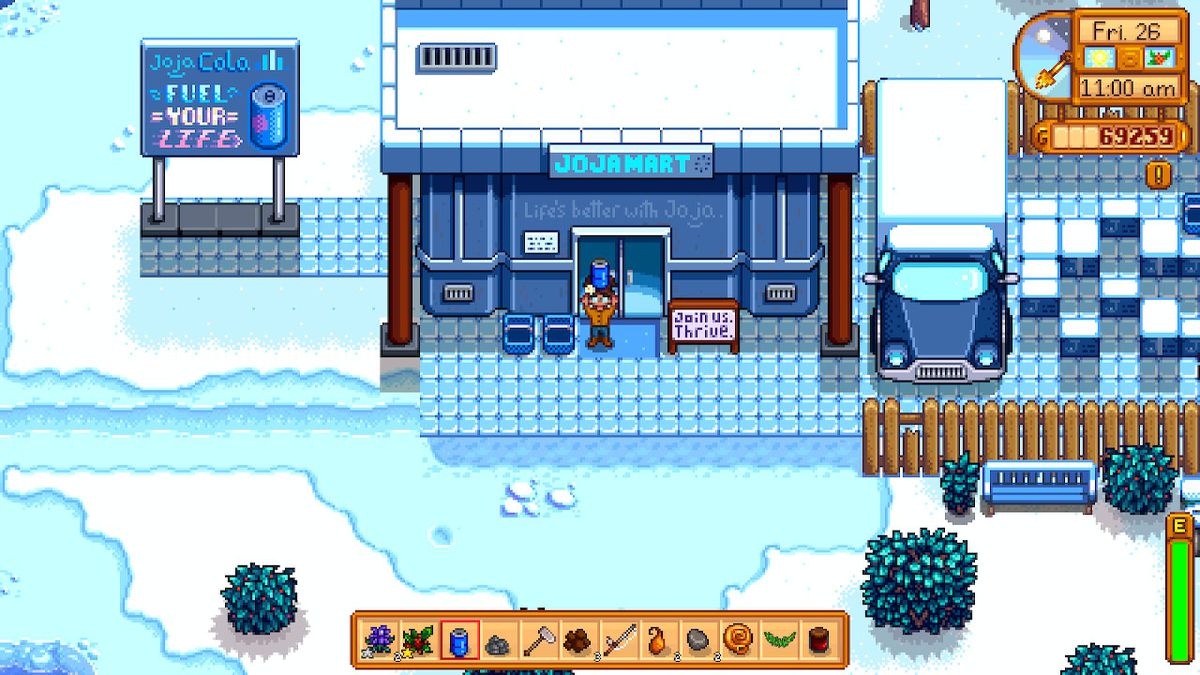 Finish the Community Center and kick that ghoulish corporation out of Pelican Town. —Nicole Clark 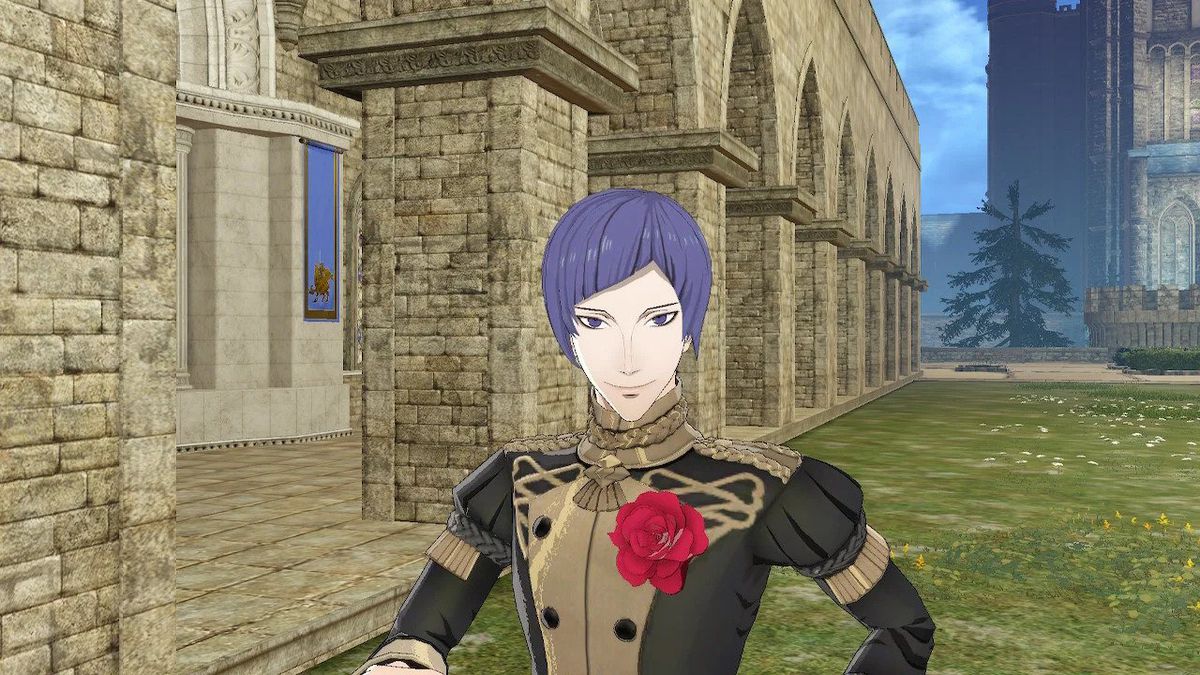 Despite his late-game — let’s say, slight redemption arc — Lorenz spends much of his time in Fire Emblem: Three Houses being a creep to at Garreg Mach Monastery, while also turning his nose up at anyone he perceives to be beneath him (aka everyone). —Mike Mahardy Sits alone in a cafe waiting for guests. Serves those guests his own pigeon milk. —Nicole Clark 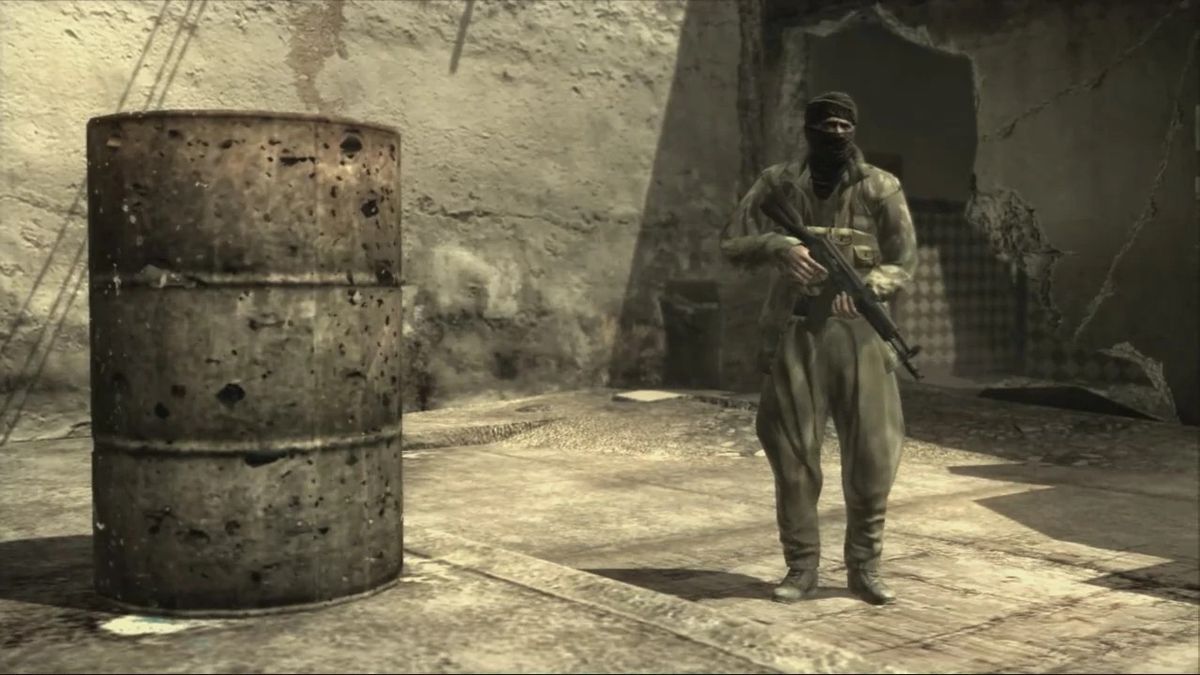 Although he spends most of the Metal Gear Solid games pooping his pants (he’s doing exactly that inside of the fuel drum in the image above), it’s hard not to fall for the endearing soldier who bungles almost every basic task he’s given. —Mike Mahardy 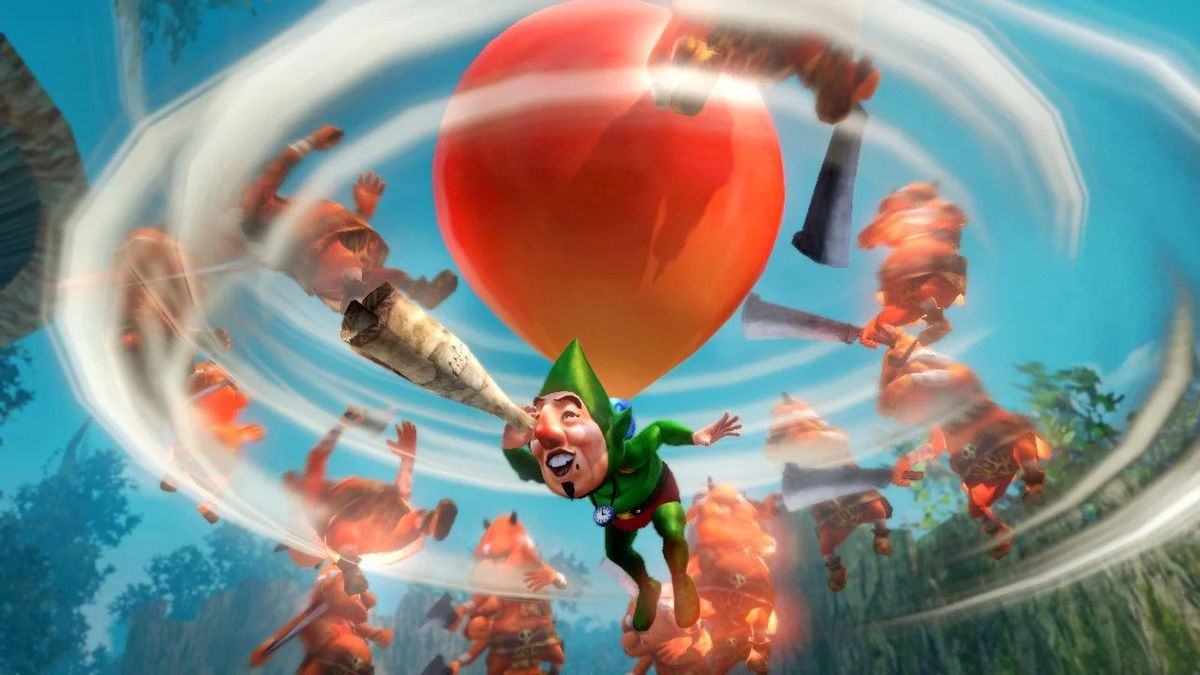 There are no lukewarm opinions when it comes to Tingle, the iconic misfit of The Legend of Zelda. He is reviled for his role in The Wind Waker’s fetch quests; he is revered as a champion of all things weird; he is constantly appearing to distract Link from his holy quests. He is not at all what I would call a “winner,” and better yet, he doesn’t seem to care. Plus, he rocks the absolute hell out of those tights. —Mike Mahardy 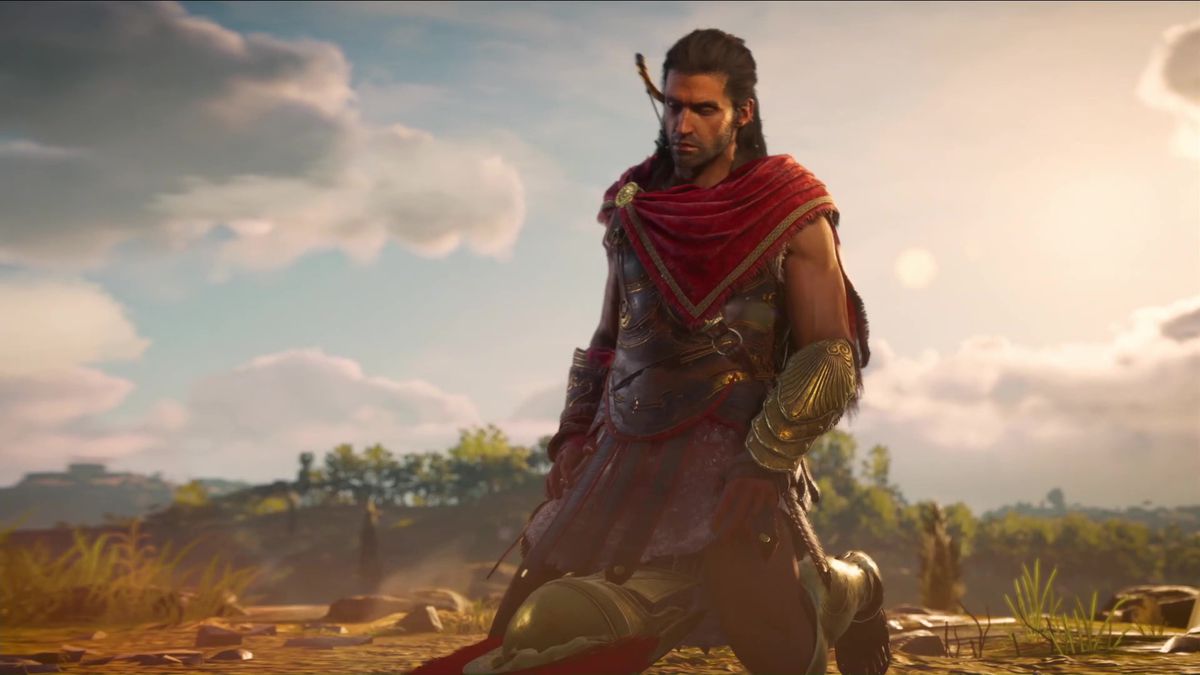 Despite many players opting for him over his counterpart Kassandra, Alexios was later confirmed to be the non-canon protagonist of Assassin’s Creed Odyssey. In other words, even Ubisoft, the man’s very creator, didn’t consider him to be the “official” hero of the story. Talk about a Greek tragedy! —Mike Mahardy 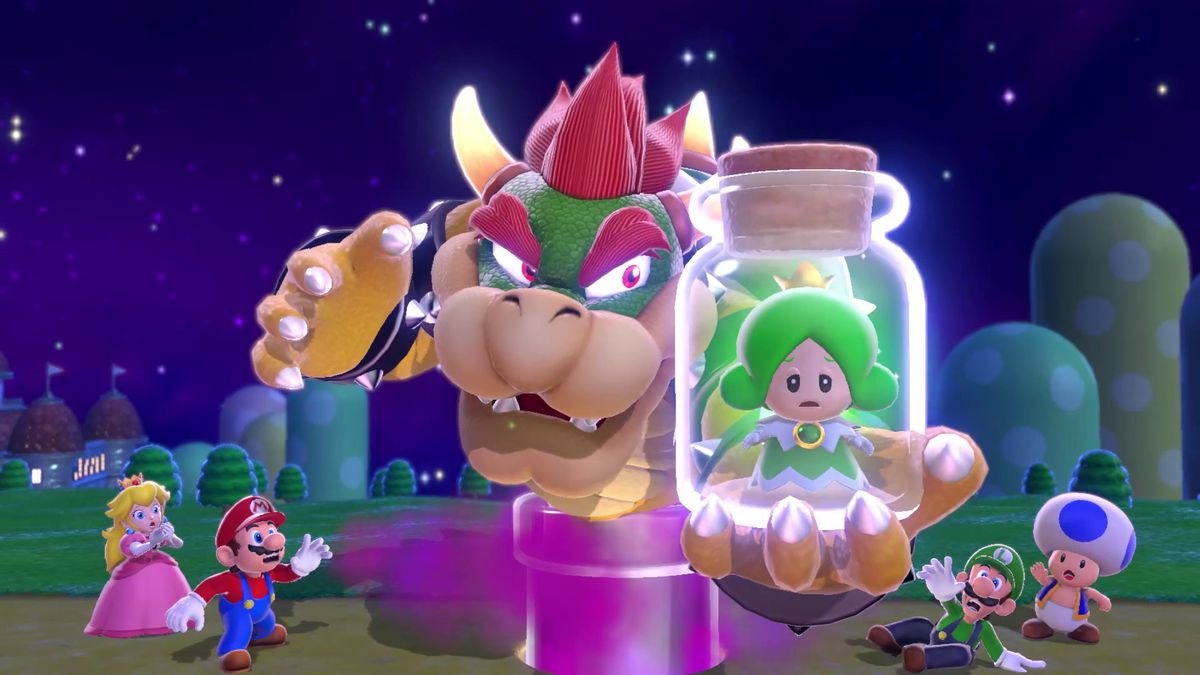 Bowser used to be a threat. He used to be a big, scary dragon-turtle-man with his own army, a host of weird children/co-horts, and a propensity for hanging out around lava pits. But Bowser has gone soft. He’s out there playing tennis, racing karts, and getting folded up into origami pieces by the “real” villain. Instead of being Mario’s big bad, he’s been downgraded to a goober who usually comes around to help Mario take down an even bigger threat for the good of the Mushroom Kingdom. —Ryan Gilliam 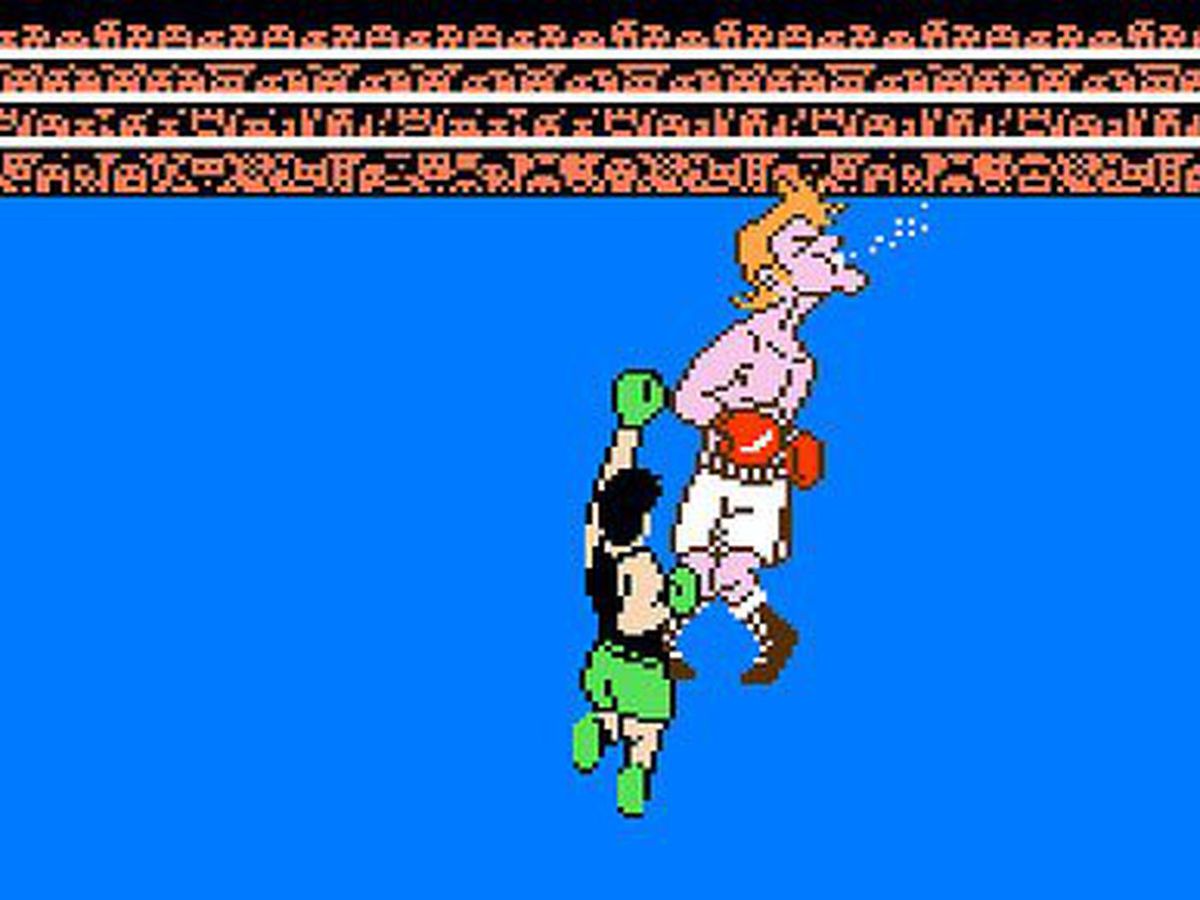 As a boxer, it is a bad sign if your nickname includes the word “Glass.” Or if you’re the first opponent in Punch Out!! —Pete Volk 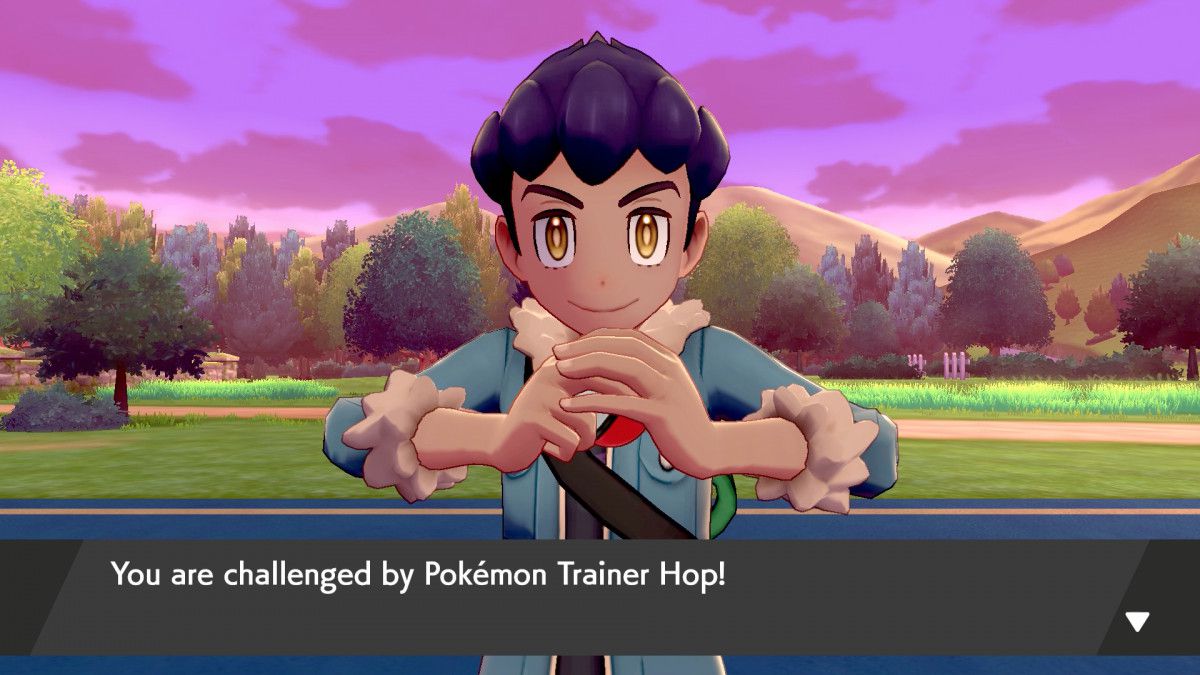 A rotating character archetype that exists almost solely to test players’ progress between tougher, far more exciting gym battles. Even calling a fight with your rival a “test” is being generous. It’s more like a quiz you didn’t study for at all, yet still manage to ace with the bare minimum number of brain cells. —Mike Mahardy 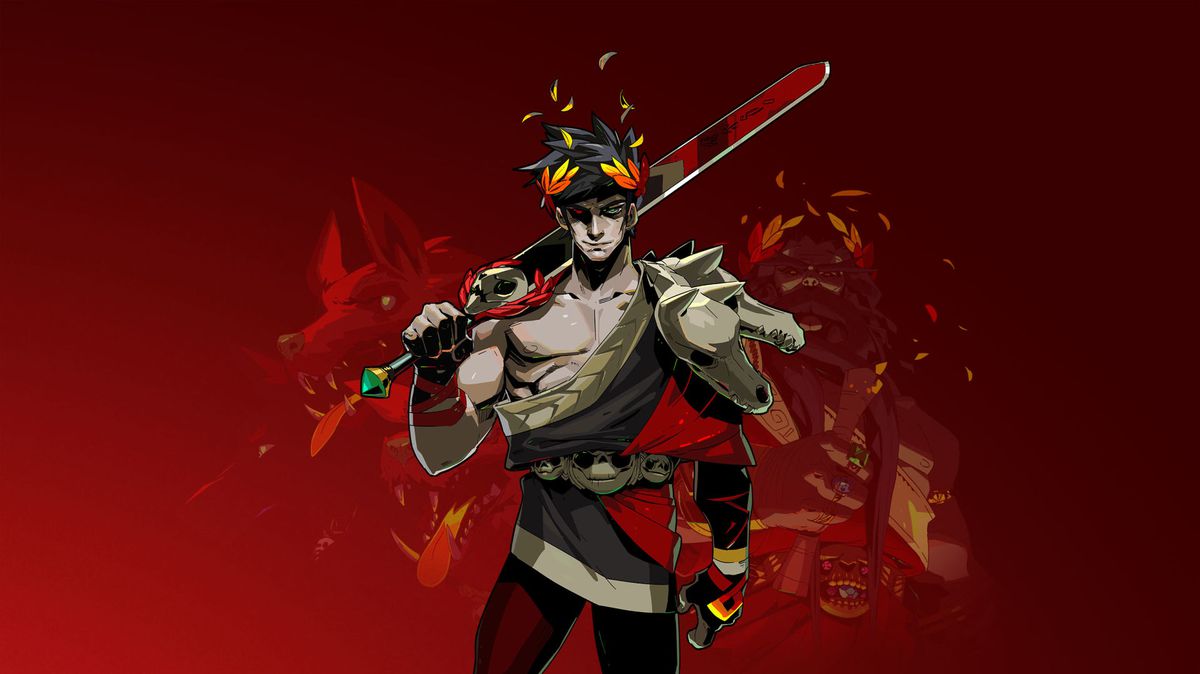 Him losing is the entire point! Die lots, and climb out of Hades. —Nicole Clark 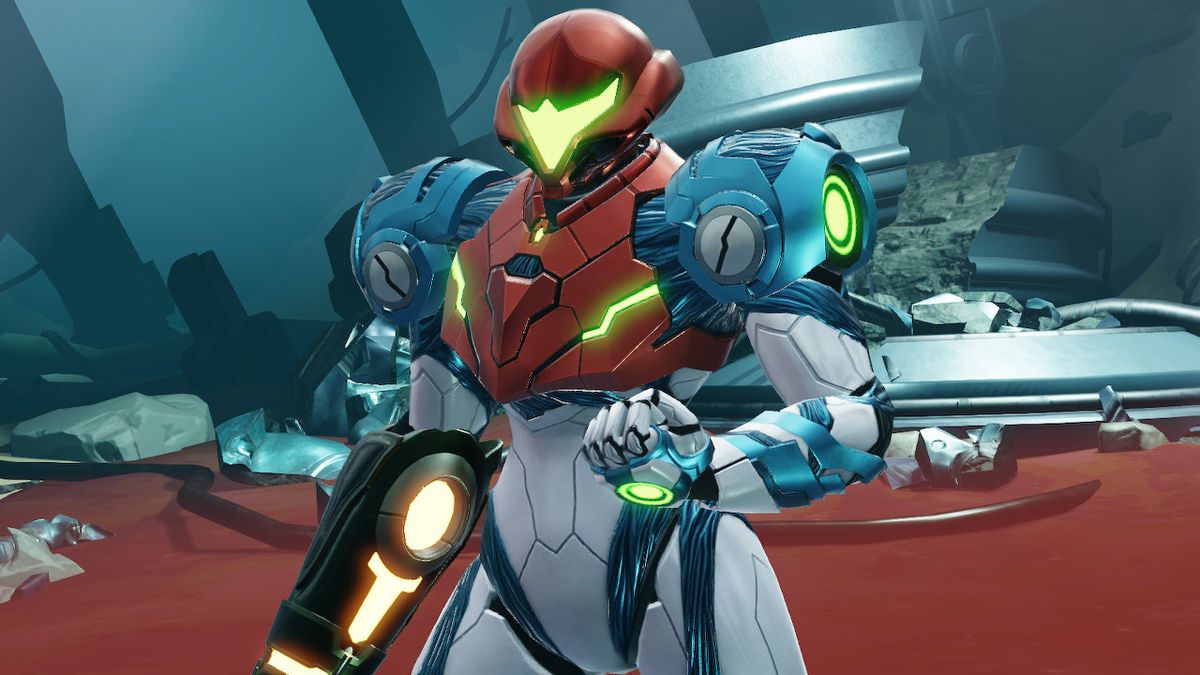 You ever start a game all excited about what you can do, then lose your powers and have to start from scratch to collect them all again, then realize it had to be that way or the game design wouldn’t have been nearly as interesting? Thank you Samus. — Matt Leone 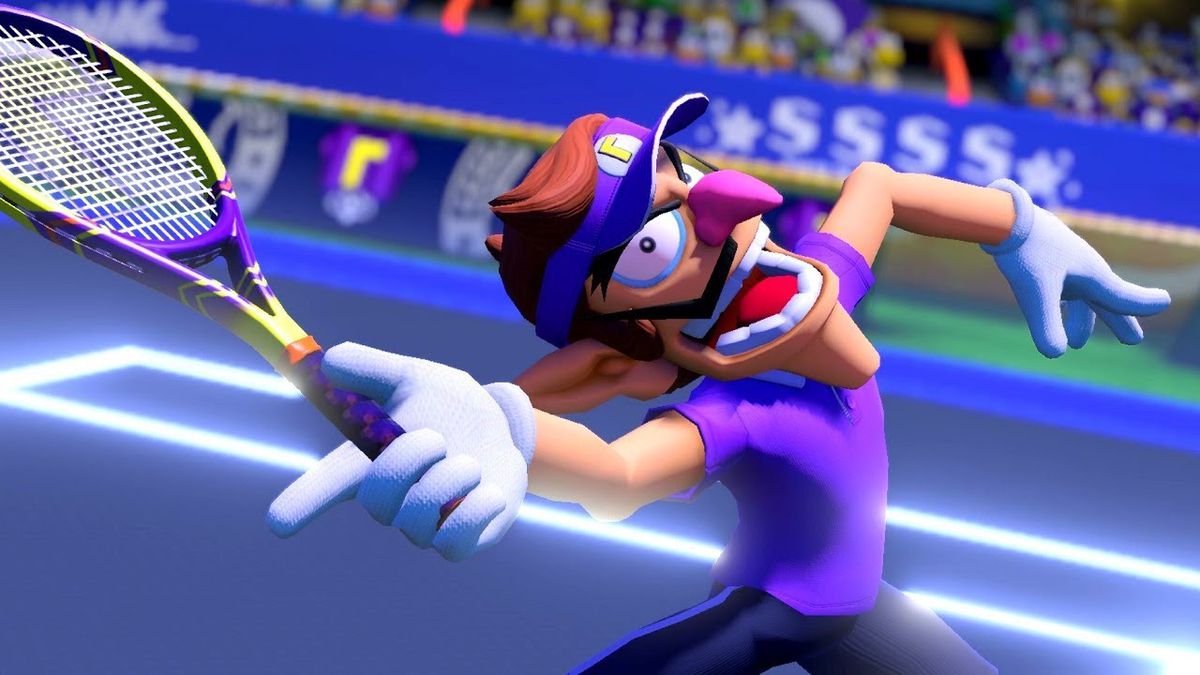 For not being in Super Smash Bros., but still having a massive fanbase who wants him to be in Super Smash Bros. Many, many DLC packs after Super Smash Bros. Ultimate’s launch, this poor fellow still can’t catch a break and join his frenemies. It seems like he will forever remain an assist trophy, part of the fun only in the loosest sense, watching from the window and waiting to be let in. —Petrana Radulovic 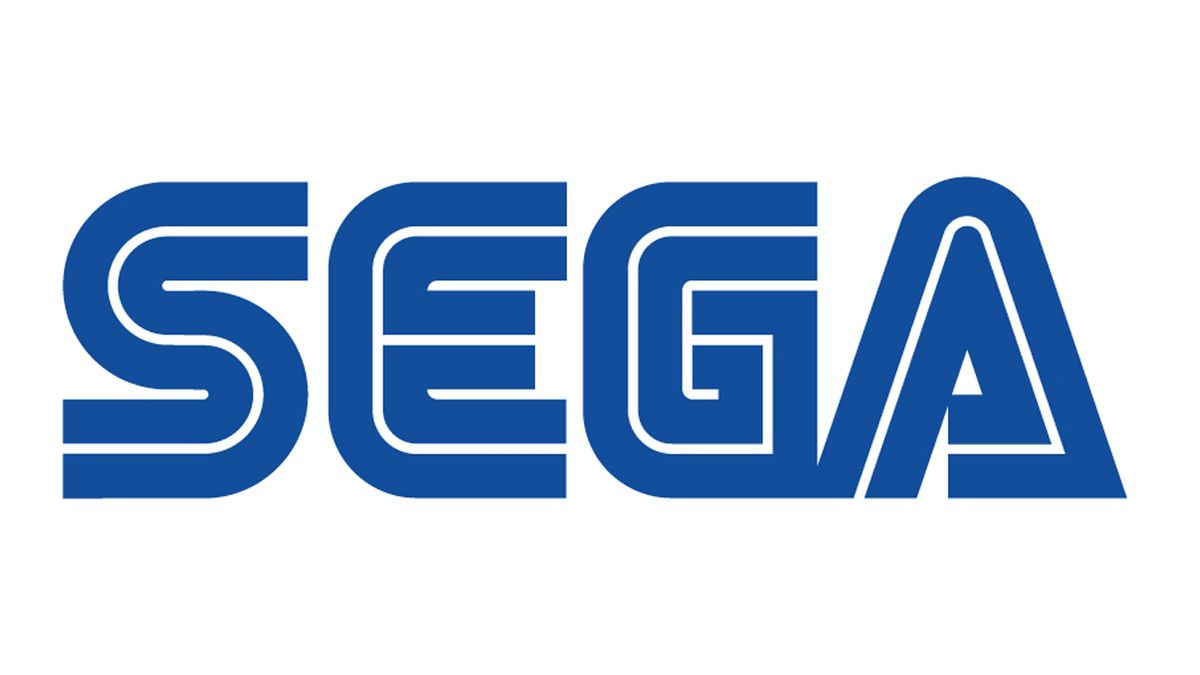 Following the back-to-back failures of the Saturn and the Dreamcast, Sega ended its decade-and-a-half run as Nintendo’s favorite rival and a dominant force in video games. The company’s leadership spent a few years dabbing in different areas, but following a merger with Sammy (best known for pachinko), Sega took on a new life. Sonic appeared in Mario games; Persona became the must-play JRPG; Yakuza got fantastic localizations and became a legitimate hit in the West. And Sonic, well, Sonic’s games aren’t always great, but the character has never been more relevant between comics, TV shows, merch, and a budding movie series. Sega is the (second) best loser in the history of video games and a reminder that a historic comeback is only possible after a historic defeat. —Chris Plante 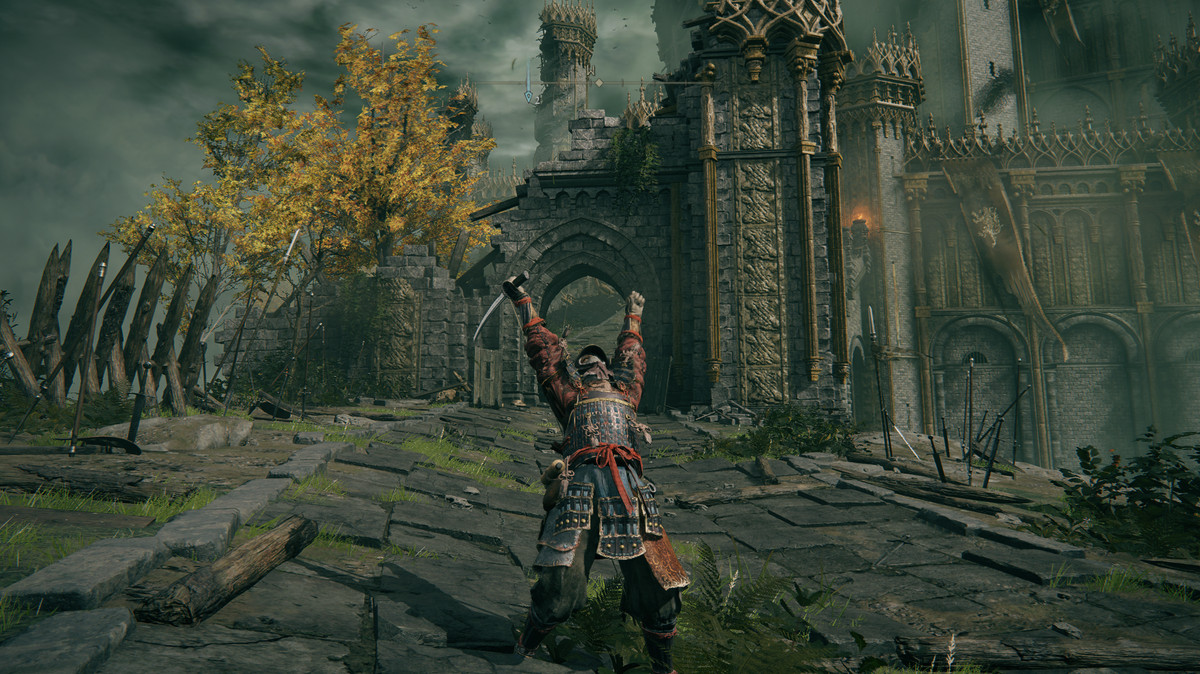 “You Died” has become my rallying cry. I am the loser here. —Nicole Clark

How to get The Witcher’s Geralt skin in Fortnite

5 Things to Do First in Hogwarts Legacy

Nintendo Switch Online Service JUST LAUNCHED, and we're here to cover all of it! Today we bring you a full tour and guide,...
Read more
Games

A week ago, Fall Guys took a major step, going free-to-play while also launching for the first time on Nintendo Switch and...
Read more
PC Gaming

The best Diablo Immortal Necromancer build for PvP and PvE

If you're wondering what the best Necromancer build in Diablo Immortal is, it's little wonder. It seems...
Read more