I recently decided to stretch my creative muscles and engage in a new and exciting hobby: I’ve engaged in a slow escalation of increasingly sophisticated fraud in a video game to deliberately mislead and mock the in-game police officer role-players. While some people have spent their evenings playing battles royale and battling Margit the Fell Omen, I have been running an elaborate rental paperwork scheme in GTA Online role-play. It started small, with a few silly fibs, but it’s escalated into what has turned out to be a fantastic confidence-building exercise (literally). Now, I’m building an entire empire of fraud.

I set my scheme up in a GTA Online role-playing server called New Day; it focuses on realistic, grounded roleplay. I’ve been building up my characters’ stories on the server for about 10 months; I also volunteer as staff and help with narrative and administrative work. Every cop on the server is an actual player, pulling people over for traffic stops and investigating murder mysteries. While my main character, Becks Lawson, tries to stay on the good side of the law as a state representative, my second character, Jessica Butler, does not give a fuck. And in order to stay one step ahead of the police, she’s created a fictional rental business and associated paperwork.

Butler is a cryptid-hunting self-identified sovereign citizen who has infuriated multiple members of the force. As Butler, I have no plans to let things like “jail time” or “an increasingly serious investigation” stop me. And so, in order to throw people off, I invented a persona for Butler to use in her scheme: “Shady Dan,” the mysterious and fully-fictional purveyor of used cars, and also barbeque. Don’t believe me? He even has a web presence. It managed to fool detective Josh Robertson, who was on the case, allowing me to walk away with my contraband.

On the New Day server, players can earn money through a universal basic income, or get a job with a civilian business. Some people sell coffee at charming cafes or run a taxi company. Criminal activity, like selling drugs or robbing stores, produces a form of currency called bands. These bands are a mix of counterfeit and real cash, and so they must be “washed” before they can be safely used. Cleaning bands involves driving around town in a series of cars provided by NPC contacts, exchanging fake cash for real currency. It’s not an entirely accurate representation of the real-life mechanics of money-laundering, but that’s OK — the point is to establish a criminal economy.

Butler has become the most prolific washer on the server and a major lynchpin of the criminal economy. She looks the other way while she funds major criminal gangs and syndicates, all from the comfort of her own car. But at this point, she moves so much volume that the Shady Dan scheme has become necessary to stop a Major Crimes Division from cracking down on Butler and all the havoc she’s been wreaking on the state. 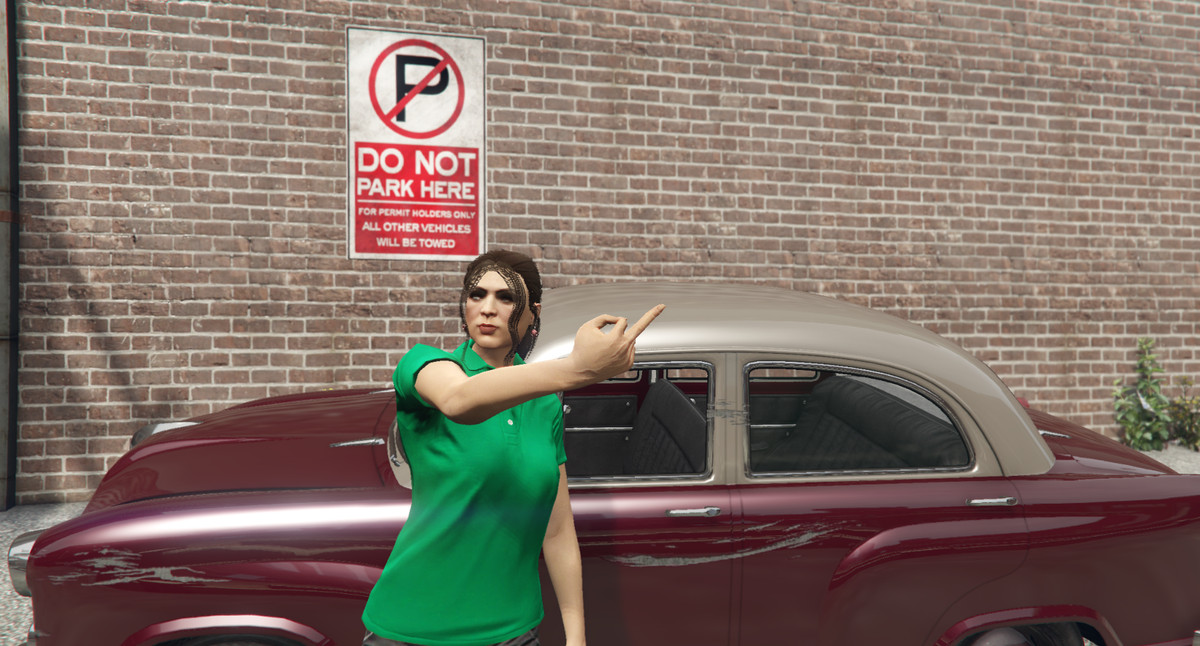 I will NEVER stop my bullshit Image: Rockstar Games via Polygon

So far, the paperwork and web presence seem to have fooled the law – well enough, anyway. Yes, the police have had some questions, but they’ve been along the lines of, “Why are you renting cars from a man named Shady Dan?” and “Why does Shady Dan have a picture of himself on his car rental paperwork?”

At one point, a cop squinted at my paperwork, and then said, “You know, it’s funny. The paperwork says that this is a ‘Sultan’, but it’s really a ‘Bravado’.”

“And somehow, an extra letter ended up in the license plate on the form,” said his partner.

“That’s funny,” I agreed. “Well, you know how Shady Dan is. He was probably … engrossed in a good book, or perhaps enjoying a television programme.” The officers let me go on my way after that. 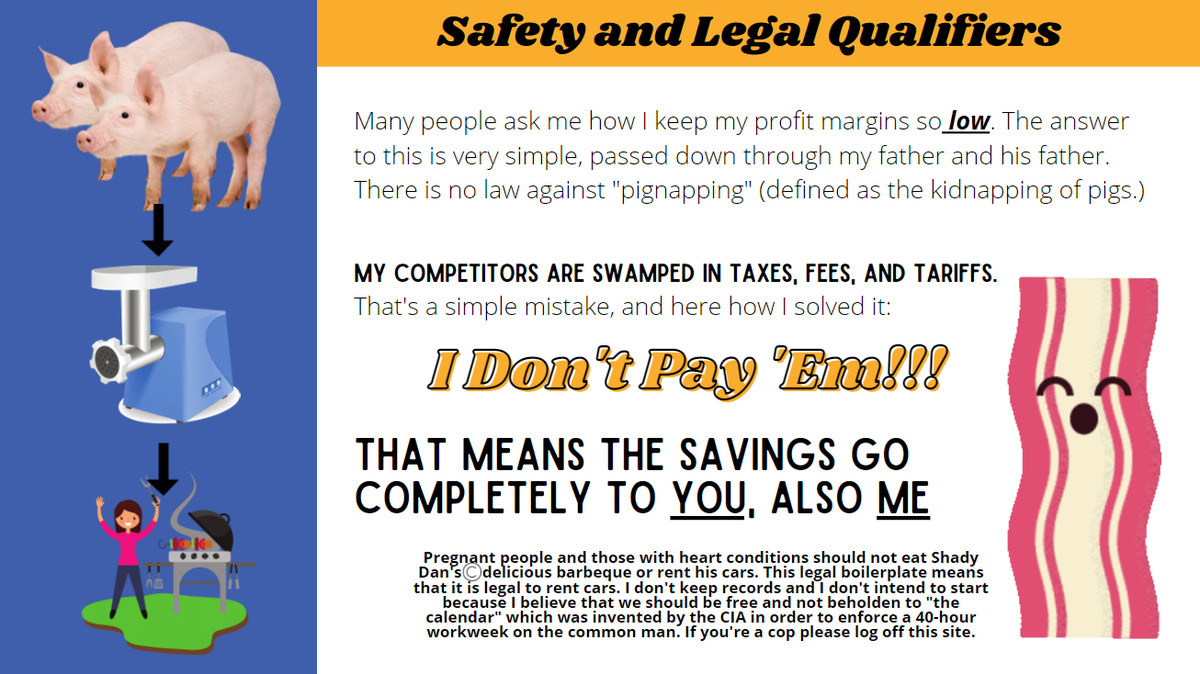 This is just one part of the beautiful shadydan.com

Maybe the police do suspect something, but they can’t prove anything. This article won’t even count as evidence, because that would be metagaming. If they want to stop Butler, they’ll need to take her to court for fraud.

Some cops are at the point where they see that Butler is behind the wheel and they simply walk away. One streamer on the server, who plays a trooper named Ignazzio Dinozzo, pulled Butler over for the umpeenth time, and as soon as the guy saw it was me, he groaned, “God fucking damnit.”

I didn’t even have to pull out the paperwork to try and swindle him, and it’s a good thing too, because I had about $10,000 in illegal currency in my car. At this point, I’m carrying hundreds of counterfeit bands on me at any given moment.

Go on, pull me over. I WANT you to, so that I can continue to tell the tale of Shady Dan and his rental cars.

Ubisoft has confirmed that it plans to host a Ubisoft Forward event in September to fill fans in on all the latest Ubisoft projects...
Read more
Nintendo

The team at IGN have tasked themselves with listing their favorite games from Nintendo's previous console, the Wii U. The team decided not to...
Read more
Games

The Game That Fights Dementia | MindGames

EA DICE, the maker of Battlefield 2042, is “rethinking the development process from the ground up,” according to Electronic Arts' chief executive....
Read more