As PUBG MOBILE is celebrating its fourth anniversary and a new collaboration with Warframe, it’s the perfect time to look back on the original battle royale’s long history of spectacular crossover events. These collabs, which span from TV to movies to even other video games and so much more, have been an integral part of PUBG MOBILE, regularly spiking up the game with astounding new modes and awe-inspiring cosmetics. So let’s take a look at some of the coolest collabs we’ve seen thus far.

Spidey was the talk of the pop culture world at the beginning of 2022, and so naturally PUBG MOBILE pulled him into its own multiverse to start the year. The new mode introduced Spider-Man as a non-player character on the Erangel map. And, yeah, it gave players web shooters of their own to slow down enemies, and let us earn an extremely cool Spider-Man track suit.

There have been two Godzilla collabs in PUBG MOBILE, starting with Godzilla: King of the Monsters in 2019. While that event was super cool, they really ramped things up a few notches with the Godzilla vs Kong event in 2021. That event introduced the Titans : Last Stand mode, which let us team up with the gargantuan Godzilla and Kong to fight Mechagodzilla just like in the movie. It was truly a breathtaking sight to behold, and an extra delight when we wore our own Godzilla and Kong skins. 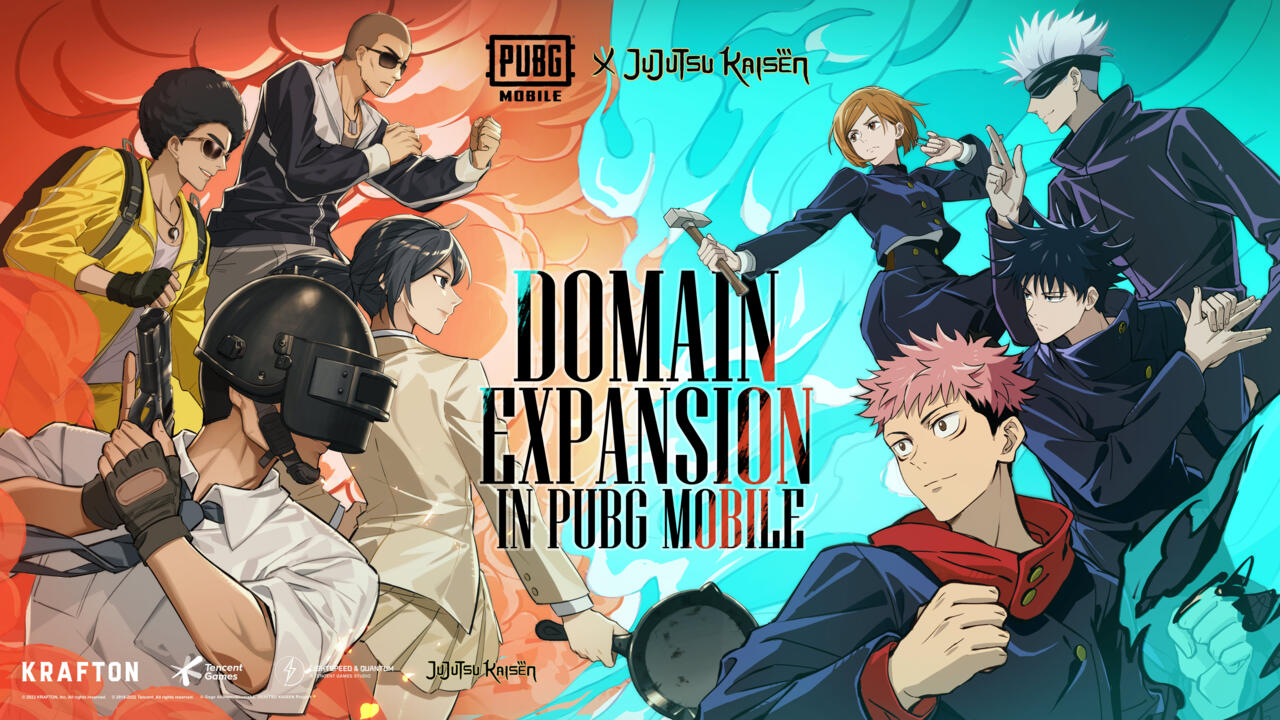 This year, PUBG MOBILE teamed up with the dope anime/manga Jujutsu Kaisen for a new mode on the Erangel map that introduced a new wild card to the battlefield: a delightful cartoon monster named Cathy that’ll take on anybody who wants some. And yeah, that includes you even if you spawned her. And that Yuji Itadori skin? so good 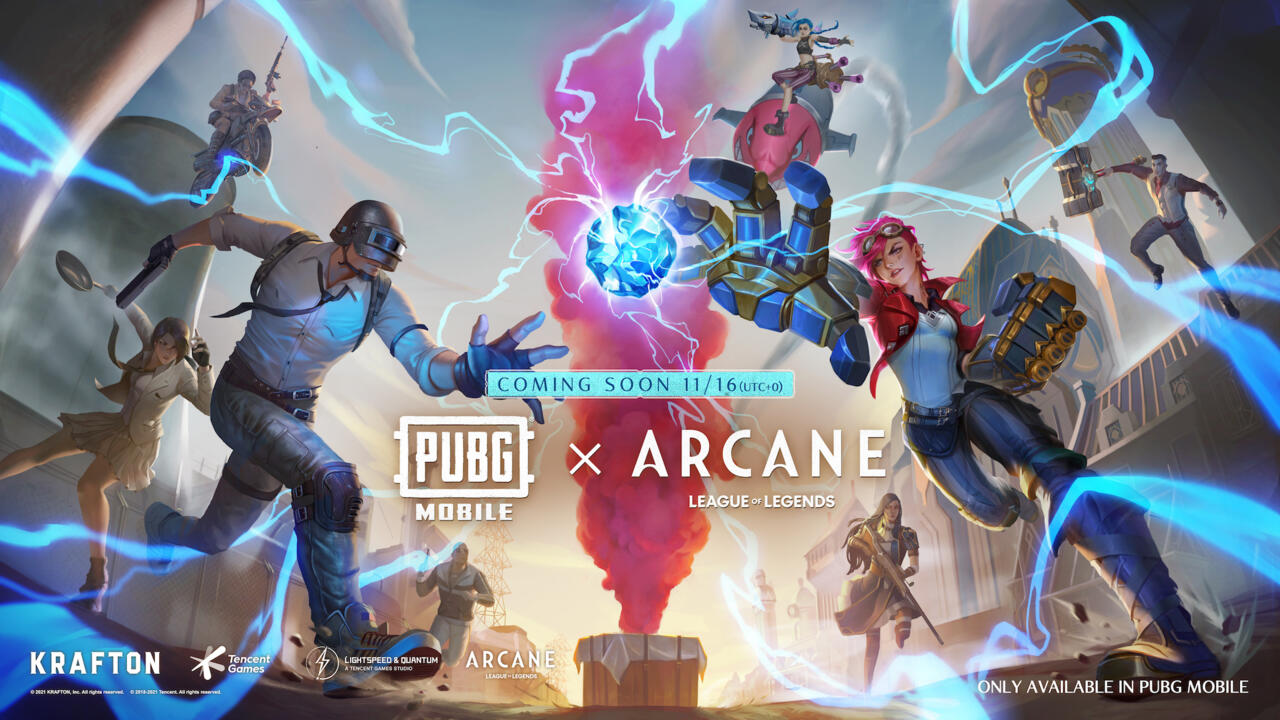 The PUBG MOBILE team-up with Netflix’s League of Legends series Arcane brought some key locations from the show to a new version of Erangel called Mirror World, all while letting us play as our favorite champions. That’s right, the Arcane event included outfits for Jinx, Vi, Caitlyn and Jayce. Amazing.

PUBG MOBILE first video game crossover was also one of the coolest events they’ve ever done. This collab added a new version of the classic battle royale mode – but with zombies all over the place and a day/night cycle added. The event also added a bunch of our fave Resident Evil characters as skins, like Leon Kennedy, Claire Redfield and Ada Wong. Can’t go wrong with any of those.

The Metro Royale event mode for PUBG MOBILE was quite a game changer, literally. It introduced so many cool new features, like the Black Market and personalized loadouts, that it almost felt like we were playing a whole new game. And even the normal battle royale mode felt so fresh with the addition of throwable melee weapons. THAT was a trip. 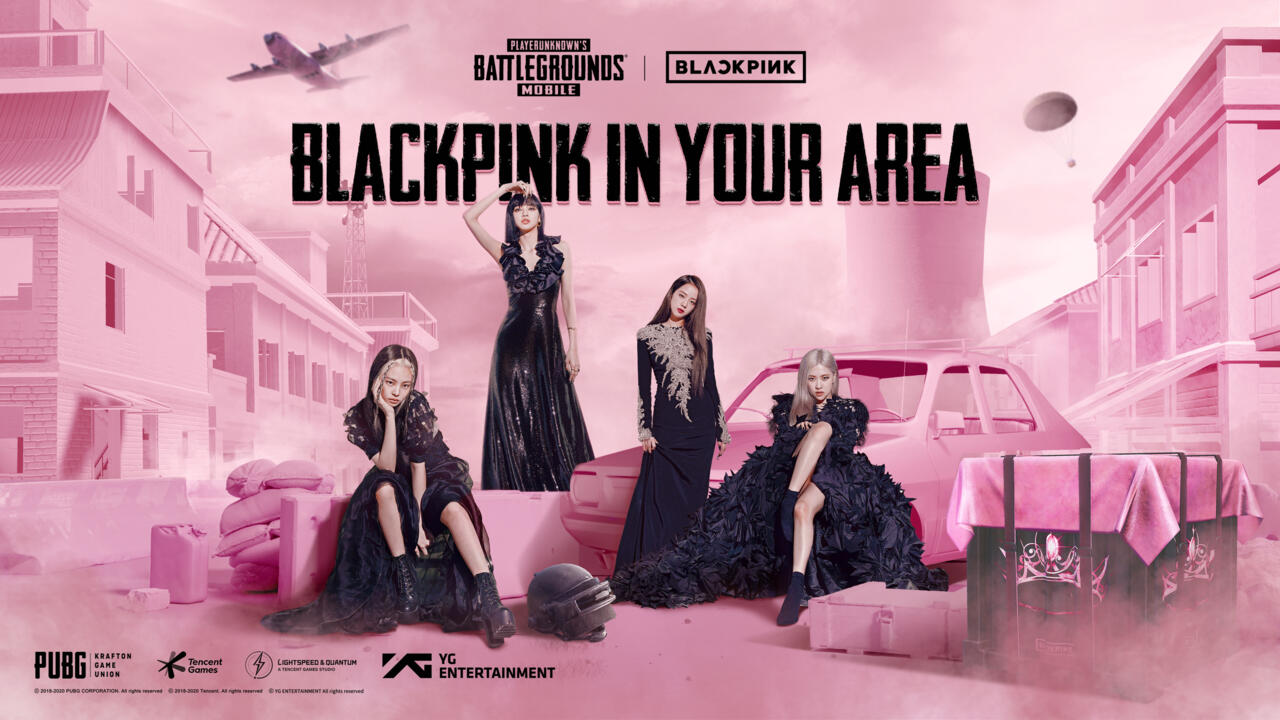 In August 2021, PUBG MOBILE teamed up with KPOP sensation BlackPink, filling Erangel with all sorts of BlackPink themed drops. And the store had skins for each of the four girls and a huge pile of other awesome cosmetics – including a really nice collection of emotes, of course! And there was a chance you’d actually get to go up against them in the game!

Indonesian rapper Rich Brian has had an awesome ongoing partnership with PUBG MOBILE that has given us an exclusive in-game music video, a voice pack and an extremely cool pack of cosmetics, including a player skin. 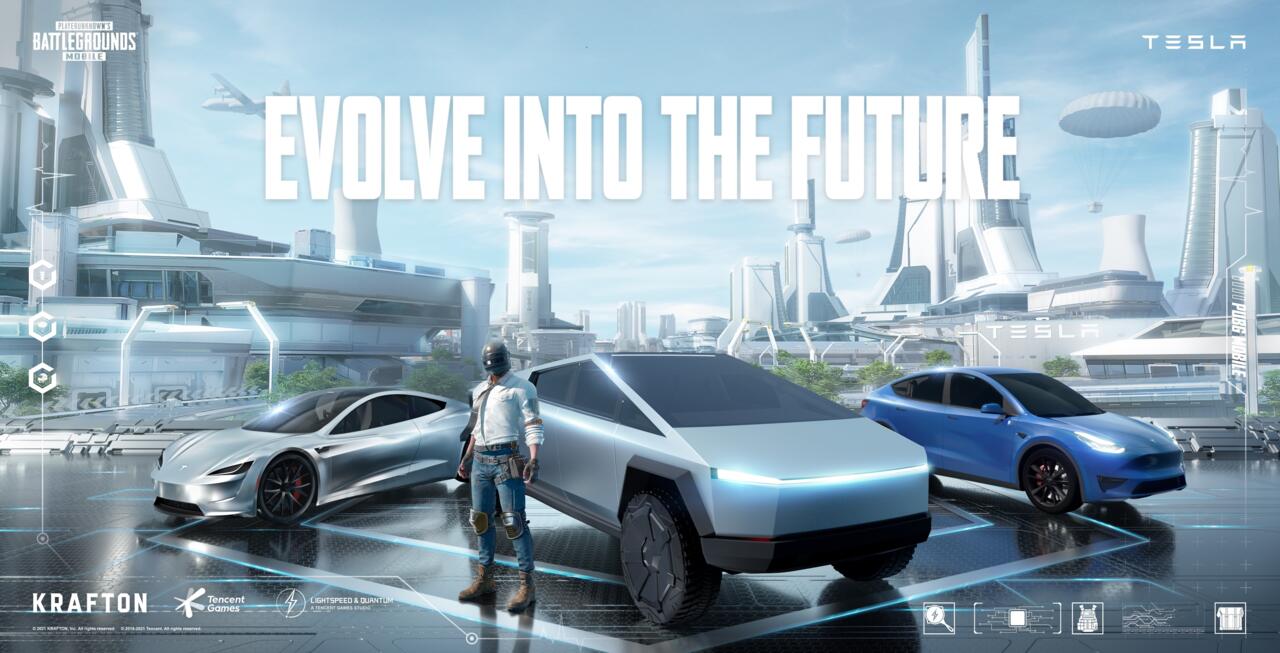 One of PUBG MOBILE’s most interesting collabs, the Tesla event during the summer of 2021 actually put a Tesla factory on the Erangel map in which we could assemble our very own self-driving Tesla Model Y. That’s right, you finally had a way to just sit back and see the sights. It was a welcome new wrinkle to the battle royale – as long as you didn’t cross paths with other players during your leisurely ride!

In PUBG MOBILE’s first collaboration with a car company, the grungy battleground was lit up with a stellar variety of McLaren supercars. With six gorgeous car skins to unlock during the event, and you could take it a step further by customizing every aspect of your McLaren, down to the interior coloring and accessories, and show it off to your friends. This collab was a pleasantly deep experience. 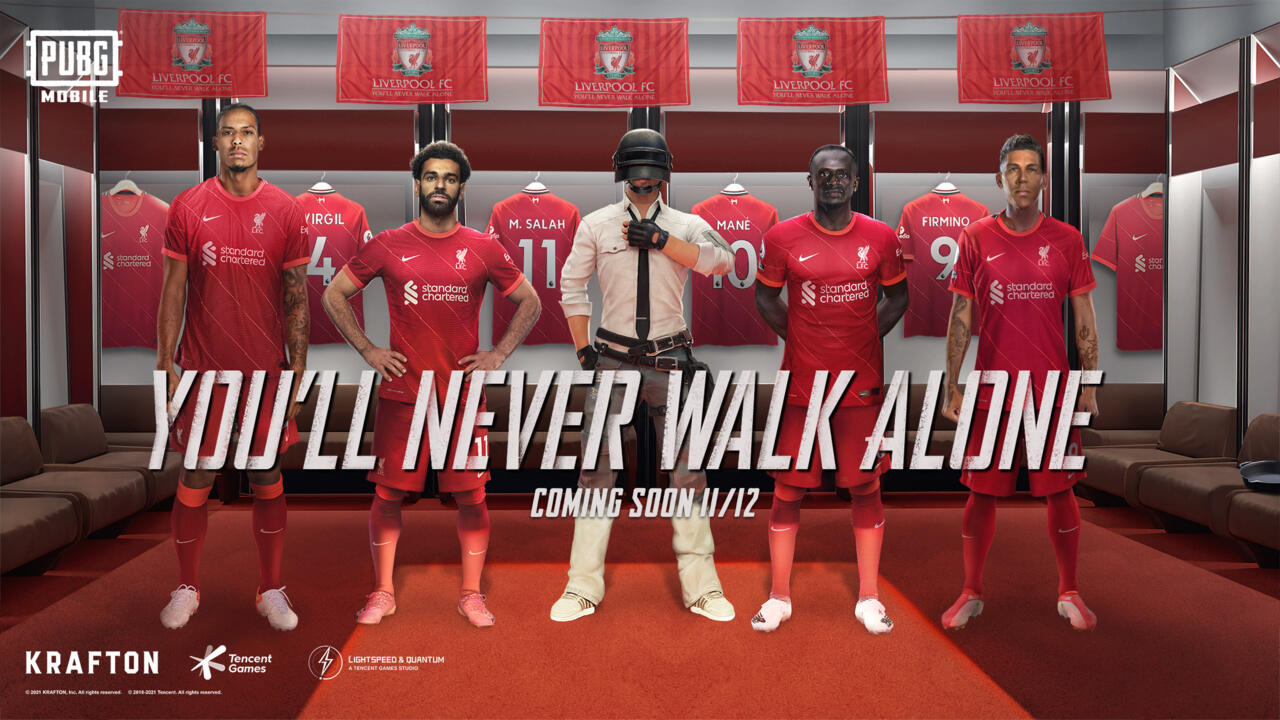 Esports met sports-without-the-E in this crossover that introduced a ton of soccer-related cosmetics to the game, including a Liverpool uniform that you toss on before you head out to do battle in PUBG MOBILE.

Mountain Dew is the most gamer beverage around, and so it made perfect sense for PUBG MOBILE to fill Erangel with Mountain Dew vending machines that dropped all sorts of loot for players. And who doesn’t want a Mountain Dew parachute? Literally everyone does.

PewDiePie! – We built you a gaming PC!

Check out the March Expo 2020 on Alibaba, and get the DOQAUS V9 on Alibaba.com: https://bit.ly/MarchExpo_Linus2 We've ... source
Read more
Nintendo

Now that Babylon's Fall system requirements are available, those anticipating its arrival can prepare their gaming PCs before...
Read more