PUBG New State from Krafton has been out for a few weeks now, and while I’m a little bit late to the party, it’s still a party nonetheless. The popular battle royale game did get my adrenaline pumping with each new match, but is it worth developing an obsession for?

Supposedly a new and improved version of PUBG Mobile, PUBG New State takes players into a futuristic world devastated by battles but also still pretty cool-looking. The map of Troi itself is sleek and technologically advanced, despite the battle-damaged look. In particular, I appreciated the tram that travels across the map on its own, offering players a bit of a safe haven when they need to take a breather (or a quick ride).

You can always modify the graphics in your Settings menu to suit your device best, so to be honest, the improved resolution will really depend on what you’re playing on. I do recommend playing on a tablet, at the very least, as the UI is littered with a whole bunch of icons that will frankly ruin your whole gameplay experience if you keep accidentally tapping on the wrong thing.

You can move around with your left thumb (with a handy “run” function) and change the camera angles with your right. There are also dedicated buttons for crouching, shooting, changing gears, and so on, but all of these feel cramped on a smaller screen, and can be really frustrating when you’re in a hurry because someone, somewhere, is shooting at you.

Still, when you eventually get the hang of the controls, you’ll find that the whole experience can be pretty enjoyable. There never seems to be an end to how many ways you can kill a person here, making for incredibly varied matches each time. 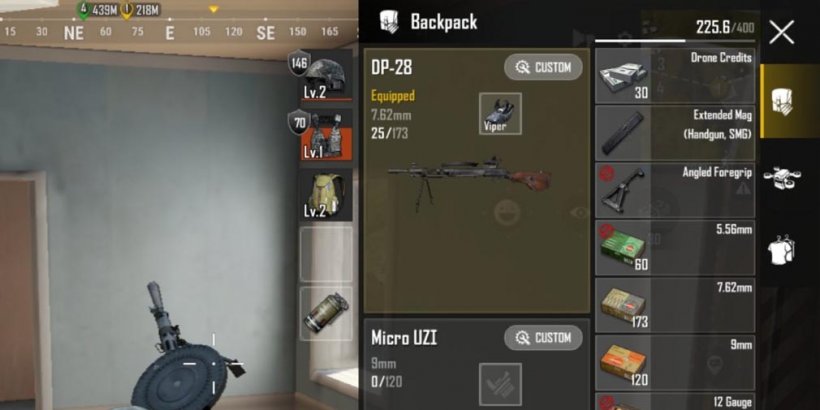 For instance, more than just gunning down someone in cold blood, you can use the new Drone Shop to your advantage. It lets you shop around for some valuable resources even while you’re in the middle of a match, using Drone Credits to score goodies that can turn the tide of battle in your favour. Of course, if you want to think out of the box, you can use this tactic to lure someone to a specific location.

In particular, the Drone Shop will deploy an actual drone to your location to deliver the goods. You can either make use of the supplies or purposely attract enemies to that drop zone – then snipe them when they come looking for you.

You can also recruit a downed enemy by reviving them and having them join your team when you’ve still got room in your roster, although I do think this is a little counterproductive, as it might slow down your team’s tactics to have a newbie you ‘ll need to re-orient in the middle of a game.

As with the rest of the genre, winning is more a matter of skill rather than what your wallet can give you. Paying for cool stuff doesn’t automatically make you better at the game – you can have nothing but basic gear and you can still win that sweet, sweet chicken dinner at the end of the day. 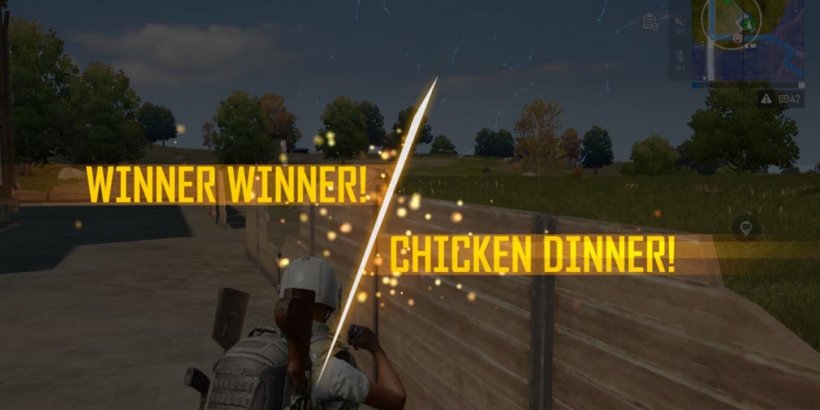 Case in point: in one match, I personally witnessed my teammates sweeping through those 100 players with ease while I died in the far corner of an abandoned building somewhere. They didn’t even need to recruit anyone else, because they were just that good (and I was just that much of a noob).

Still, it does feel a little bit like a simple reskin, and the content right now isn’t too deep. I also encountered a few bugs along the way, but that’s likely because the game hasn’t been out for too long (the most annoying bug I experienced was losing my account completely when I booted it up).

PUBG New State offers a fun battle royale experience for anyone who’s looking for a so-called “new game” on mobile. It’s great to hop into a match or two every so often, but it’s not something I’ll purposely lose sleep over any time soon, as there are sadly better ways to spend my screen time on mobile out there. But if you’re hungry for a fresh take on the franchise, at the very least, the game should be enough to scratch that itch.

NFS UNBOUND – 5 Tips That Will Make Your Life EASIER...

You Can Tell Forspoken To Shut Up (And Other Big Settings)

Screenshot: Square Enix/KotakuForspoken, the latest action-RPG from Square Enix, is out now. The game has more than a few polarizing elements, one of...
Read more
Reviews

Lost Judgment: The Kaito Files DLC on PS4 Last year, Lost Judgment was my game of the year. Its narrative, characters, and gameplay...
Read more
Videos

Finding it tough to make it through the Nioh 2 Last Chance Trial alive? Let the producer of the game give you some...
Read more