Don’t expect to be competing in any Hogwarts Legacy Quidditch matches when the RPG game arrives around the holidays this year. This week brought the re-reveal of the ambitious Harry Potter RPG prequel, but despite the ability to fly broomsticks, it looks like Golden Snitches will have to remain un-caught for now.

Quidditch is a core part of the Harry Potter universe but hasn’t appeared too often in the various fantasy games based on the “Wizarding World” franchise – other than the 2003 Quidditch World Cup game, of course, which astonished me by actually being on personal computer

Hogwarts Legacy may be a massive open-world game set in and around the titular school, with a lot of activities to partake in, but it doesn’t look like the Wizarding World’s premier sport will be one of them. It wasn’t mentioned in the extensive gameplay reveal and the official FAQ pretty much puts the nail in the coffin – broom flight is in, but Quidditch likely won’t be.

The FAQ states that the player can travel around the world by broom, and at Hogwarts, they can compete in “broom races” and take on Flying classes that sound like a tutorial. The Quidditch grounds are present – see around 4:21 in the trailer below – but it seems unlikely that the sport itself is playable.

We’ve reached out to Warner Bros Games just in case, and will update this post if we hear back.

As per the official FAQ, the developers note that “JK Rowling is not directly involved in the creation of the game, however, her extraordinary body of writing is the foundation of all projects in the Wizarding World. This is not a new story from JK Rowling.”

The National Center for Transgender Equality in the US and Mermaids in the UK are both excellent charities, incidentally. 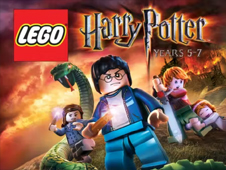 Dead Space remake: Where to find the Peng treasure

Genshin Impact 3.5 brings its own version of Pac-Man in new event leak

Digimon fans will be pleased to learn that Bandai Namco has announced that they have multiple Digimon projects in the works. The news...
Read more
Reviews

Mario + Rabbids Sparks of Hope on Switch In a year where tactical RPGs are coming out of your ears, it can be hard...
Read more
Games

Adobe Embrace’s AI-Generated Stock Art, Can Get In The Bin

Adobe used to be known as the company that made Acrobat and PhotoShop. Addobe is becoming increasingly known, however, as one of the...
Read more
Nintendo

updates: Platinum Games Hideki Kamiya weighs in: Sad and deplorable about the attitude of untruth. That's what all I can tell now.By the way,...
Read more