Xiaomi has become a phone manufacturing powerhouse over the past few years and has, as a result, become one of the most recognized brands in phones. That’s in no small part to the fact that they seem to have deliberately tried to break through in several different pricing tiers. We recently wrote about the Xiaomi Redmi 10, which is an almost budget range phone which punches well above its weight, and today we’re talking about the Xiaomi 11T Pro, a mid-top range phone which comes in as the swan song of their phone generation.

While writing about the Redmi 10 I mentioned the Mi range as one of Xiaomi’s brands, it actually turns out that it seems to have been put aside, with this, the 11T Pro, taking the place of the normal MI brand range. That, frankly, makes a lot of sense, because the phone operates comfortably in the £600~ pricing region with a features list that definitely justifies it.

But, there’s a large elephant in the room. At the time of writing, we’re already starting to hear rumors of the next round of devices and with it, there’s rumored to be some big changes in the works – especially considering some of the Android architecture is starting to refresh for other brands. Of course, all we can do at the moment is write about what we have in front of us, but it does always make you wonder whether you’re getting extreme value for money or the final push on old kit when it comes to being on this close to a step in technology. It’s exactly the same with retail PC chipsets, as one fades out you can get a major steal on a device, but if it’s just before a massive technology leap then you’ll feel it a lot sooner than if you had hopped onboard mid-gen for a little bit more money.

But, all of that said, the 11T Pro does feel like a premium, top-of-the-line mobile phone. The screen is one of the largest out there, with only a small camera hole and a tiny top speaker which is practically in the outer frame and much less visible than on iPhones. It comes in measuring 6.81″, which is a clear step up from Xiaomi’s previous phones. That said, It’s a heavy one as a result of this, the 164.1×76.9 phone comes in at over 200g, which is a notable increase from Xiaomi’s cheaper devices.

That tiny little camera hole that I mentioned on the front hides a pretty powerful 16MP camera, a big step up from the 8MP one we’re used to seeing in the low-mid range phones. The portrait mode, home to the ever-popular bokeh effect, has a very good auto-focus and is great at picking out outlines of things. There’s still the Android penchant of softening faces in standard selfie mode, which is always a bit of a weird one for me, especially when most camera suites have custom Bokeh and Beauty sliders. The 11T Pro comes with an auto-beauty style filter on it, which actually does a pretty solid job if you do want the phone to tweak your appearance for the picture. 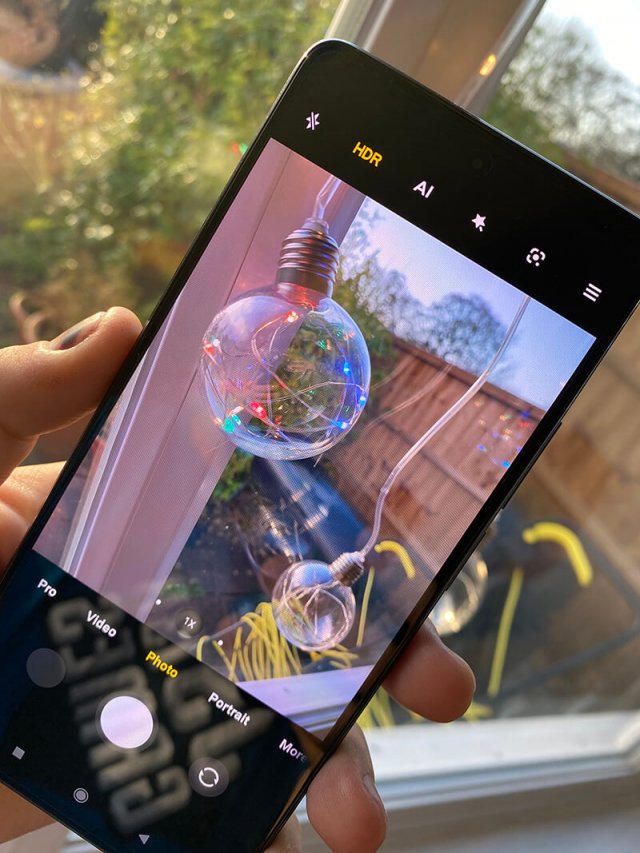 The back camera arrangement is great, there are three cameras there. The whopping 108MP main, which does 8K video capture, an 8MP ultrawide camera and a pretty natty 5MP macro lens. The cameras are all pretty great, I like the ultrawide and was very impressed with how it picked out the outlines and details of things, the macro camera was the real standout though. It’s easily one of the best macro cameras out there, and the sheer amount of work that the AI ​​does while it’s up close and personal to the subject is phenomenal.

The core camera is pretty good too, 108MB is definitely in the realms you’d expect for the price point and it performs pretty well in daylight and low-light. You can definitely read messages while at full zoom, but quality does fall away quickly and it’s noticeable that you’re zooming by the time you hit 2x zoom. Night view, which has always been an important part of phone photography for me, is something that needs to be discussed though. The auto night mode is blurry at times but mostly very good, I found that I ended up manually changing modes and adjusting the lighting, in which case the camera did a great job of picking lines and edges when dealing with lower light.

One more thing that needs to be added about the camera though is that the default modes doesn’t include the super macro mode, that’s hidden in a hamburger menu. This is almost criminal considering how good the super macro is. There are some other fun elements to play with too, long exposure mode, moving crowd and neon trails are fun to mess around with, but things like this tend to only see limited use. 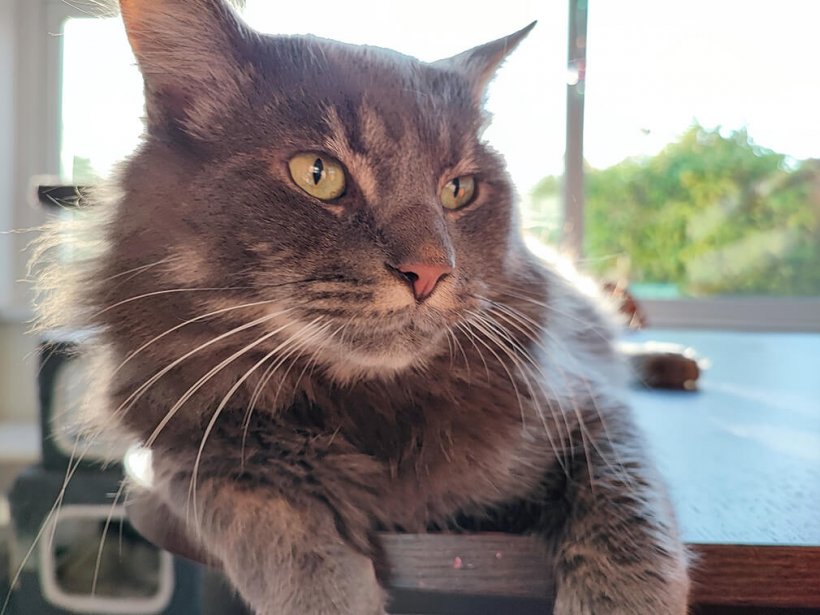 Video capture is great, the 8k footage really pops and default lighting/contrast settings are fantastic. I love that Xiaomi has doubled down on their 50/50 split video feature which is great for making cool reaction videos… I do wish that they could be separated though – but maybe that’s something we’ll see in a future phone.

Elsewhere there’s a lot going on, there’s a triple microphone array and the phone features stereo audio. The bottom speaker does seem to go much louder than the upper one does, however, both synch up on volume when you play media, so this is a bit of a moot point. There’s a dual SIM tray on the bottom, which keeps the sides clear (the fingerprint scan + power button, as well as volume controls, are on the right side). There’s room for the tray to go there because this is yet another phone that opted to abandon the humble audio jack. I’m not sure what the audio jack did to people exactly, but modern design is leaving it behind.

It stacks a big battery which is lightning fast to charge

Let’s talk about the battery life for a second, because that’s incredibly important when it comes to talking about the 11T Pro. The 5000mAh battery is substantial and would have been considered groundbreaking just a few short years back. That said, the phone does eat through it if you use it a lot and have the full 120hz refresh rate on. But what’s really impressive is that it takes up to 120W charge. This is amazing, and the phone can go from flat to charged in about 20 minutes, which is no mean feat. In fact, it should definitely be a major consideration when it comes to purchasing choice. 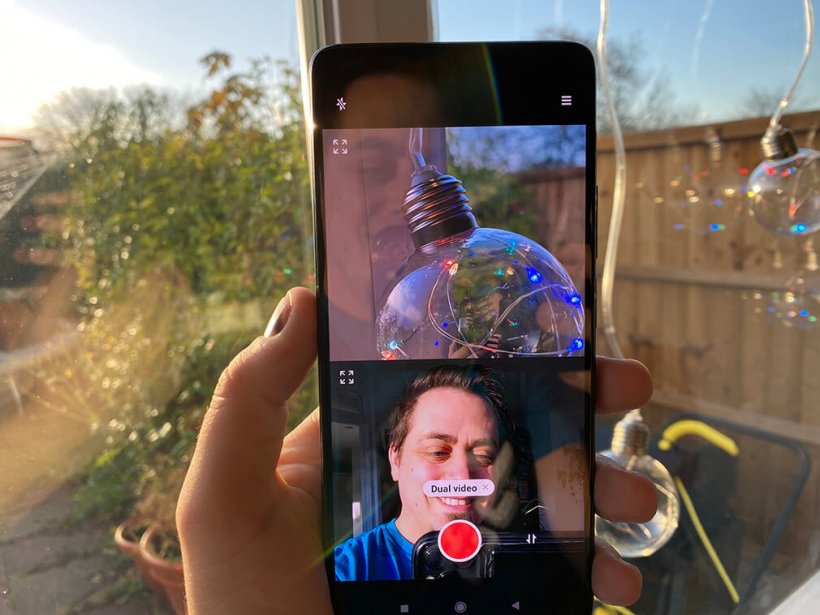 The fact is, you can eat all the way through that battery if you wish; it’s an incredibly powerful phone and even when I tried to push it to the extreme by running a dozen apps and playing one of the busiest games on max settings it held up. There was zero slow down or hesitation and the phone didn’t even change temperature much under the pressure.

It’s an incredibly well-optimised phone — although I wish it wasn’t preloaded with as many apps or the secondary browser — and definitely a decent showing from Xiaomi. There are features galore, but the camera and battery charge speed are definitely the two standouts of the bunch.

Madden 23 Rosters And Ratings For All 32 Teams

In Madden 23, the difference between the game's...
Read more
Guide & Tips

Can you turn off Atreus and Mimir’s puzzle hints in God of War Ragnarok?

Destiny 2 Revision Zero holders are using an exploit to bypass a time-gating feature that should prevent...
Read more