Filled with soft edges, pastel-colored aesthetics, and an ultra-chill background score, Mini Motorways is the kind of game you’d likely feel drawn to from the visuals alone. The sleek lines and elegant presentation invite you to come hither and take a quick look, but as soon as you indulge, you’ll immediately wonder what the heck you just got yourself into. The idle game challenges you in not-so-idle ways, and while it’s supposedly a simple time-waster, its mechanics beg to differ.

THE GRAPHICS OF MINI MOTORWAYS

Don’t let the minimalist look fool you – Mini Motorways is anything but simple, even if your ultimate goal is only really to go from Point A to Point B. You step into this big, overarching role of managing a bustling metropolis, making sure each car gets to where they need to go and back.

With a bird’s eye view of the motorways in front of you – with the clean lines and lots of white space – it may seem easy to guide your little city along day in and day out. But as the simple graphics and low-key sound effects lull you to a false sense of security, you’ll soon find yourself struggling to get those colour-coded cars in order.

And, when your whole metro system eventually breaks down as it inevitably will, it does leave you with a sense of guilt. If only I squeezed in a well-placed roundabout here and a more efficient bridge here, then Blue Car would’ve made it to his daughter’s piano recital in time and Yellow Car wouldn’t have been late for his last day at work (am I invest too much into the lives of my citizens?).

Regardless of the city you pick, you’ll start off with one car and one destination you need to connect to. As time goes by, more cars and more targets pop up, with pins on top of the locations that indicate how many cars should reach that destination in time. Having too many pins and not enough cars ends the game for you, so you have to make each road, bridge, and traffic light count.

The game provides you with these items over time, and houses generate willy-nilly as the days go by as well. There’s definitely some level of randomness involved here, so it might bode well for you to build roads in places where you don’t want any houses to spawn. 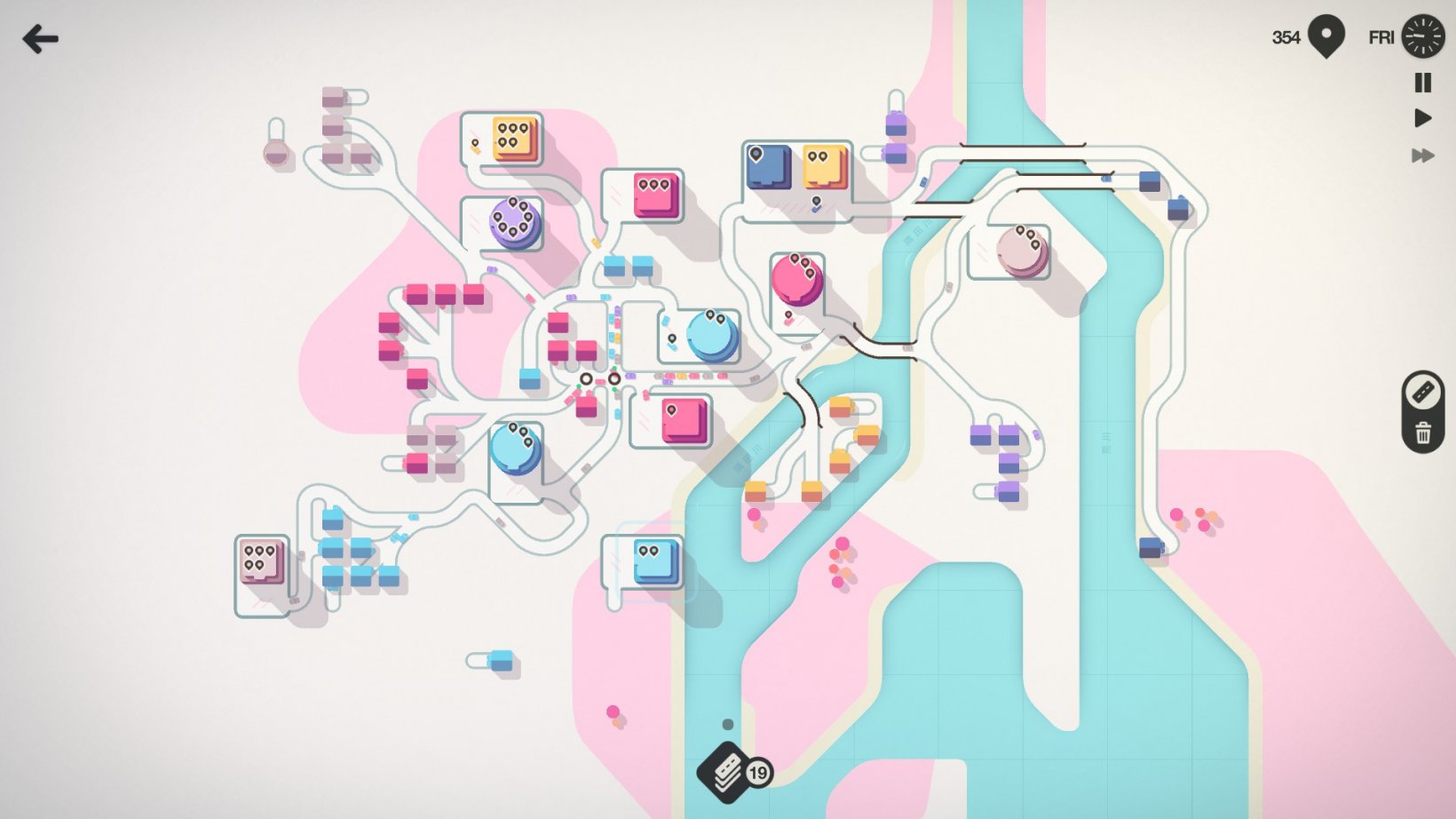 Of course, road tiles are limited, so you can’t just spam motorways every which way. This is where you ought to unleash your inner city planner to make sure each tile you lay down is efficient and won’t cause any further congestion as your city gets busier and busier. This progression, while it does make sense, honestly makes the game feel contradictory for me.

I’m not entirely sure if the game is meant to be relaxing, or if that was just my expectation going into this. But if Mini Motorways is supposed to be a low-pressure game, I felt it was the complete opposite.

Organization isn’t exactly my strong suit, nor am I particularly handy when it comes to keeping things tidy – which is why when pressed with a gargantuan task like this, my only course of action is to panic. Perhaps it simply means I don’t do well under pressure, but timed mechanics like this just don’t jive with me. 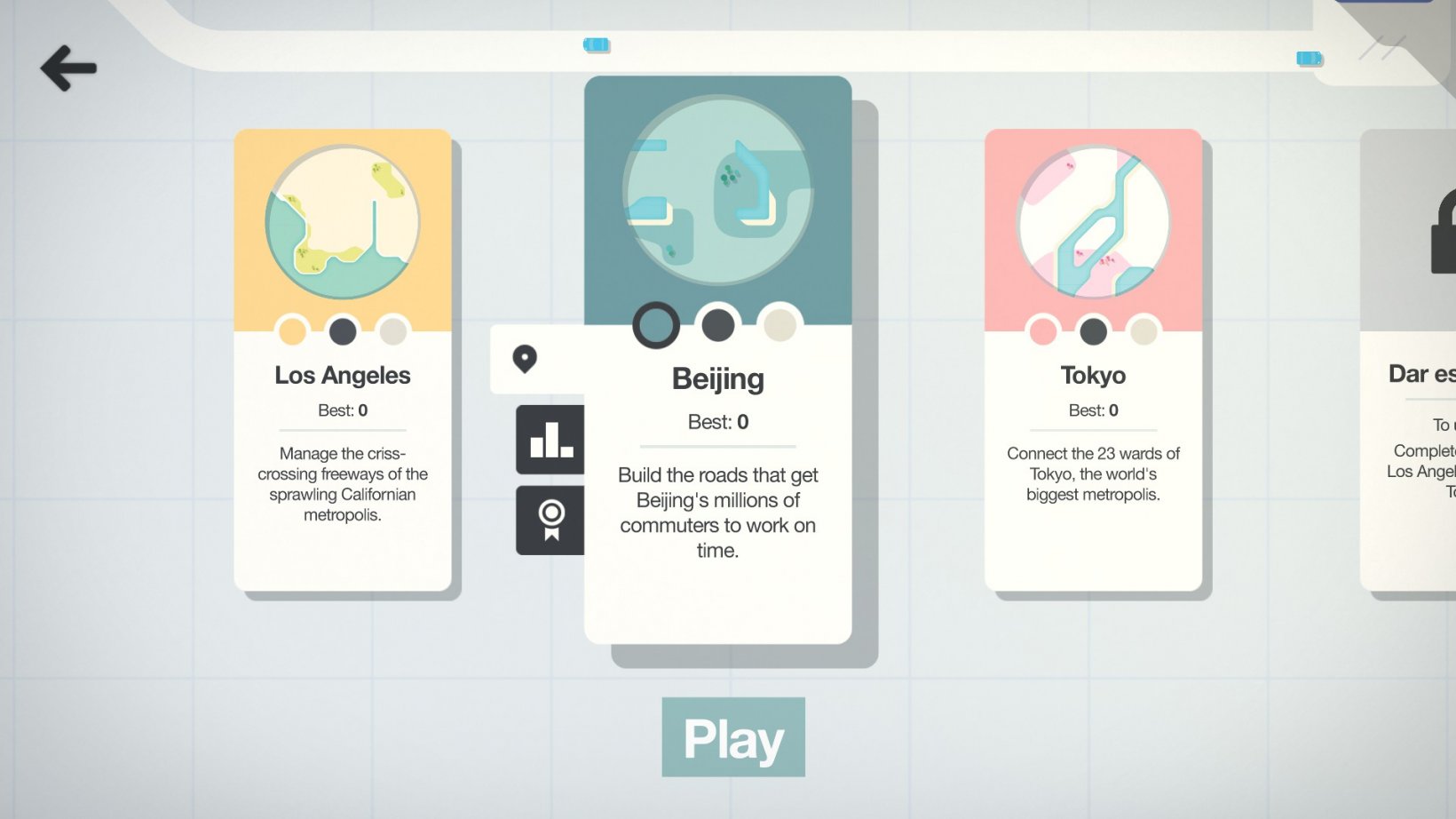 To keep frustration levels in check, the game does inject a bit of variety into the gameplay with the new Challenge City Update. Here, you can take on new daily and weekly challenges with varying modifiers that make each run more interesting. For instance, you might be given an unlimited set of road tiles, or you may be given just the one motorway and nothing else. These definitely spice things up if you’re looking for something different. I also really appreciated the game’s accessibility options with its colourblind mode, which is a nice touch.

Still, while Mini Motorways is pretty entertaining, I can’t say I’ll be tempted to keep coming back to it, likely because these high-pressure challenges just aren’t my cup of tea. Visuals are lovely to look at, though, so if you ever feel like ragequitting, you can at least have a look at the easy-on-the-eyes graphics to tame your temper.

THQ Nordic has announced a surprise release for Risen as it is now available on the Nintendo Switch eShop. The action RPG was...
Read more
Videos

I've been playing Tiny Tina's Wonderlands specifically to take breaks from Elden Ring. But here I am during lunch today, lootin'...
Read more