Puzzle game variations have ranged from point-and-click escape rooms to RPG-slash-match-3 mash-ups, but with Mosaic Chronicles, you’ll get your good old-fashioned jigsaw puzzle served with a side of visual delight.

True to its name, the puzzle game lets you piece together gorgeous mosaics with stained glass artworks, and as you successfully complete each puzzle, you’ll be rewarded with a slice of the overarching narrative. But is it worth the time and effort?

THE STORY OF MOSAIC CHRONICLES

In the mobile version of the game, you’ll play through “A Bit of Horoscoping” – the first story in the title’s series of tales inspired by the works of Olga Gromyko. The next story (and more) will be added soon, but for now, you’ll have 13 puzzles to build and chapters to discover at launch.

It’s difficult to talk about the narrative without spoiling anything, but suffice it to say that the intriguing fairy tale-esque story did make me want to power through puzzle after puzzle just to find out what happens next.

The accompanying visuals are absolutely stunning, so much so that I had to take a moment to marvel at each finished piece of art because the stained glass mosaics just looked so darn good. Thankfully, you’ll have a gallery you can use to look back at the chapters, as well as to check your progress and ogle at the artwork some more.

The game’s puzzle aspect is pretty straightforward – you’ll rotate, drag and drop pieces of the mosaic to their correct places to complete a scene. There are three difficulty levels to choose from, but for the easiest level, you’ll be offered more hints and more starter pieces to help you hit the ground running. 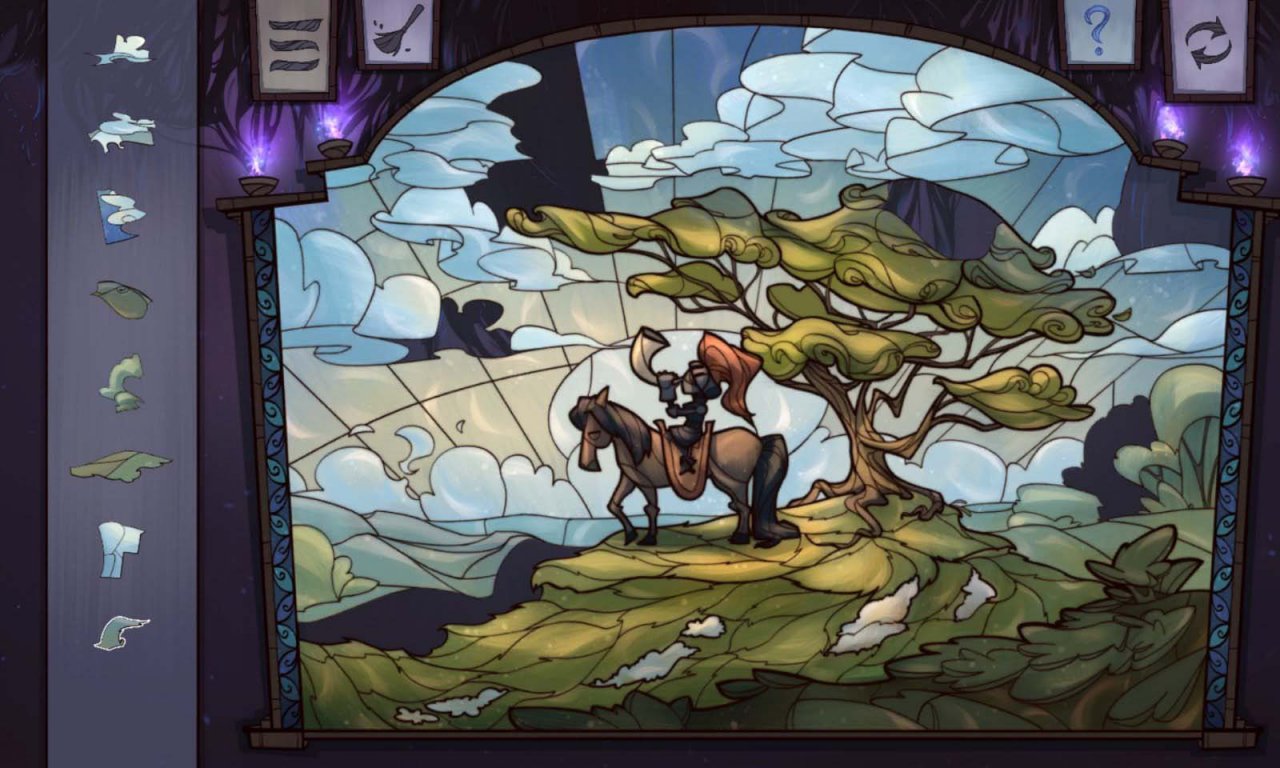 Controls are very intuitive on mobile, as you’ll simply have to drag and drop the piece to where you want it to go. What was a little clunky to me was the way you sometimes couldn’t drag on a piece properly because you might end up scrolling down or up through your lineup of pieces. There’s also a tendency to accidentally zoom in and out of your mosaic because of the odd touch response.

Still, once you do get to drag the piece that you want, you can sometimes get by through trial and error as a piece will automatically lock onto its correct position if you happen to pass by it while you’re dragging the piece around. It’s definitely a boon for when you’re feeling a little stuck. Also, if you ever find yourself lost, you can always check the preview of the completed artwork from the menu, or use the broom icon to tidy things up when you’ve dragged one too many pieces onto your board.

While the puzzles are absolute eye-candy, it’s the narrative that really pushed me along when I was playing the game. I’ve always been a story-driven gamer, so engaging in a lovely narrative is always appealing to me. 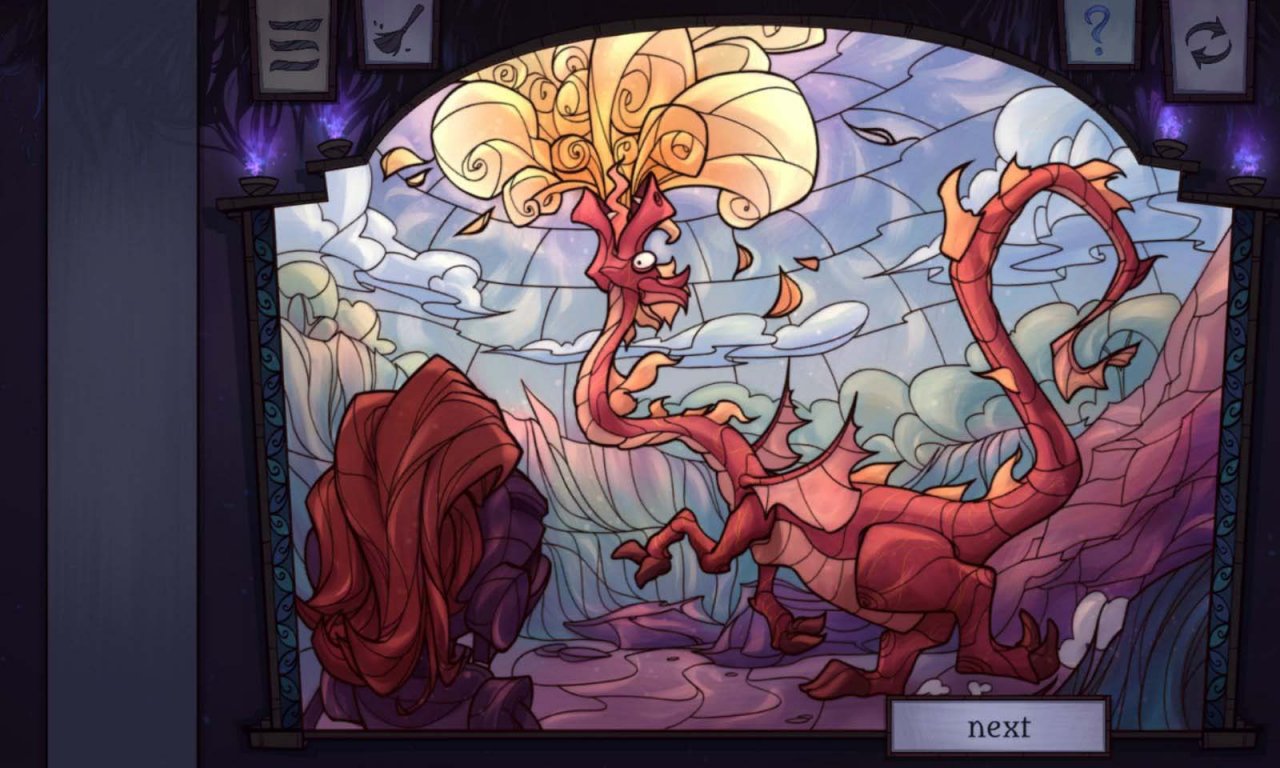 On the visuals and the narrative aside, one thing I didn’t particularly like was the background music – it felt like an orchestra for a high-stakes RPG rather than a puzzle game, to be honest. Rather than inspire me to power through, it really became more of a distraction, so I had to play most of the game with the sound off (which is a shame).

While the game gives you the option to manually save your progress, it doesn’t have an autosave function that lets you continue where you left off, which is a little odd for a mobile game. Also, I encountered a glitch twice where I completed a puzzle and it didn’t register, only to find that I had to tidy up the artwork with the broom icon to reset a glitching piece.

Still, Mosaic Chronicles does offer lots of entertainment value if you’re looking for a different kind of puzzle to pass the time with. Pieces aren’t cut as traditionally as you would expect – some are irregularly shaped to fit the stained glass motif, so it’s an interesting challenge that definitely brings something new to the table.

What is ‘Where in Fortnite’ and how to play it

It is no secret that Fortnite is one of the most popular video games in the 21st century. Many people worldwide regularly play...
Read more
Games

Another Fortnite season has arrived and this one's bringing one of the game's biggest ever changes. In Chapter 3 season 2,...
Read more
Nintendo

The release of the first new 3D Sonic the Hedgehog game from Sonic Team since 2017's disappointing Sonic Forces is just around the corner...
Read more
Reviews

Hundred Days review – “A success for the management genre”

There are some things in life that really feel like they won't convert over to games particularly well. If you'd told me about...
Read more