Set in a fantastical world where being pitch-perfect is a matter of life and death, one hand clapping stands out from other cookie-cutter 2D platformers out there in that this time, it’s not all about your leaping prowess. Knowing exactly how to calculate the distance you need to jump through the air isn’t going to save you when push comes to shove – it’s all about your vocal chops here, and no, you don’t have to be a Grammy winner to nail the perfect note.

Bad Dream Games’ vocal platformer is laudable in his attempt to do something different with a tired ol’ genre, but is that gimmick enough to truly make this title shine?

THE STORY OF ONE HAND CLAPPING

From the get-go, the game thrusts you into a dark and gloomy place where everything is pitch black. You’ll have to find the strength within you to speak up and “sing your song” per se, as the notes you sing will light the way for you. The very first stage is mainly that – you walk along some dreary ruins and illuminate your path by singing – or rather, humming at an acceptable volume.

Silent City – as the first chapter is called – doesn’t really require you to bust out that singing voice you’ve only ever unleashed in the shower. You’ll mostly get by with just a few consistent hums you’ll hold long enough to cross certain platforms. Sometimes, staying quiet saves you from the creepy shadows lurking in the corner; other times, singing drives them away. They’re after you for some reason, and you’ll need to do everything you can to escape.

Now, I don’t say “for some reason” lightly here, as there really is no explanation whatsoever as to where you are, who you are, and why there are black blob-like goo thingies with eyes following your every move. This is one of my biggest problems with the game, to be honest, as I always connect with a game via its story first and foremost.

The lack of a narrative here takes away from my engagement, as I don’t even know what my motivation is, or why I’m even trudging along. Countless other games can tell a story beautifully despite the lack of any words said, and it’s a shame that One Hand Clapping couldn’t achieve the same thing.

ONE HAND CLAPPING GAMEPLAY AND VISUAL

Obviously, with such a unique gameplay mechanic, I suppose I can forgive the fact that the narrative fell by the wayside here. The highlight is really the unique voice-controlled movement of the character, in that you will need to sing different pitches to create your own platforms, break down barriers, and even turn switches on and off. 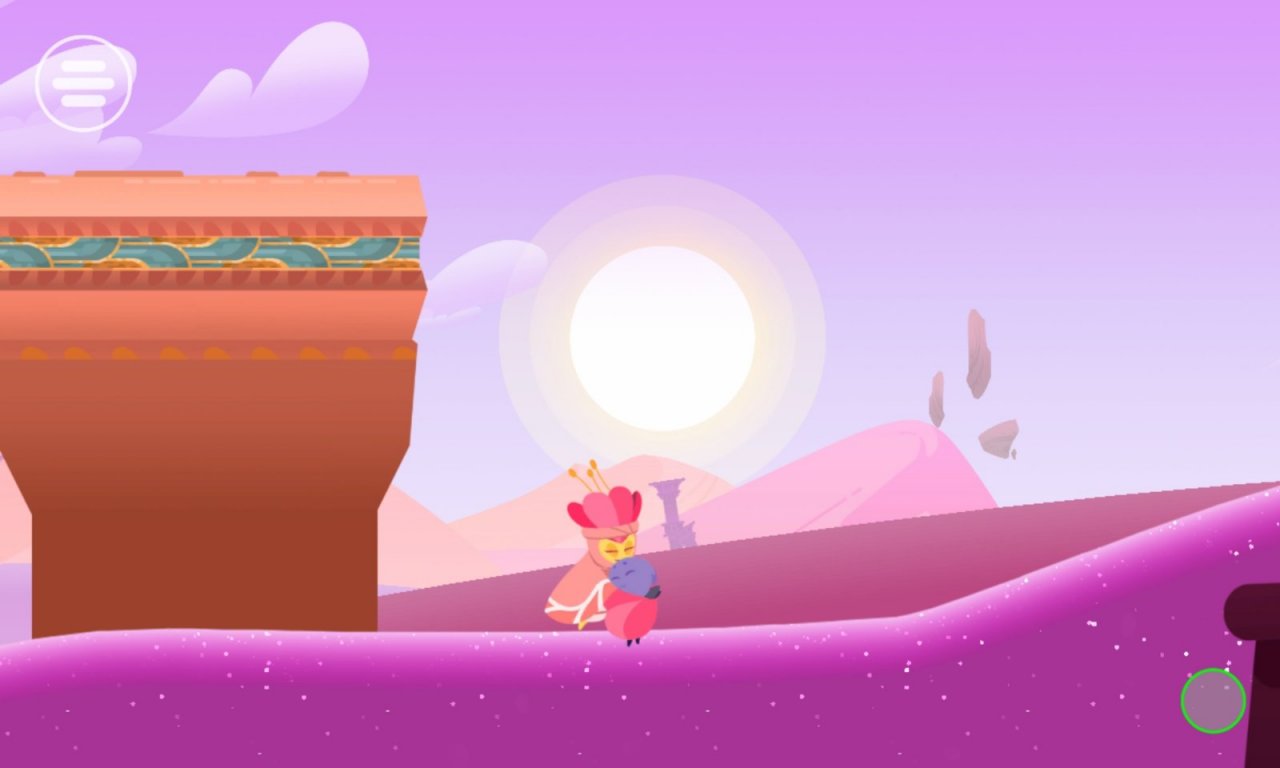 When you leave Silent City, the game really starts to open up. Now, you can’t simply rely on random humming anymore – you’ll really have to find the confidence to overcome your inhibitions and sing to match certain tones, even if you may look absolutely ridiculous (this game shouldn’t be played in public).

True to its genre, there is a wide variety of puzzles you’ll need to solve – but unlike other platformers, you’ll have to sing high or sing low to progress through the levels. You’ll also sometimes have to match the beat of rhythms based on on-screen prompts, as well as memorize a song sequence to get by.

Now, while things feel intuitive at first, the difficulty level does increase mainly because you’ll often wonder what the heck you’re supposed to do next. I do feel like there’s a lack of instructions here, as it’s easy to get stuck in one place just because you didn’t know you could actually cross a certain wall that’ll open up a new scene.

The movement also isn’t linear, so you may think you need to go right when you actually need to go left. These little inconveniences add up, and it can be frustrating especially when you’ve got a hoarse voice and all you want is for a level to end so you can seemingly give your vocal cords a rest. 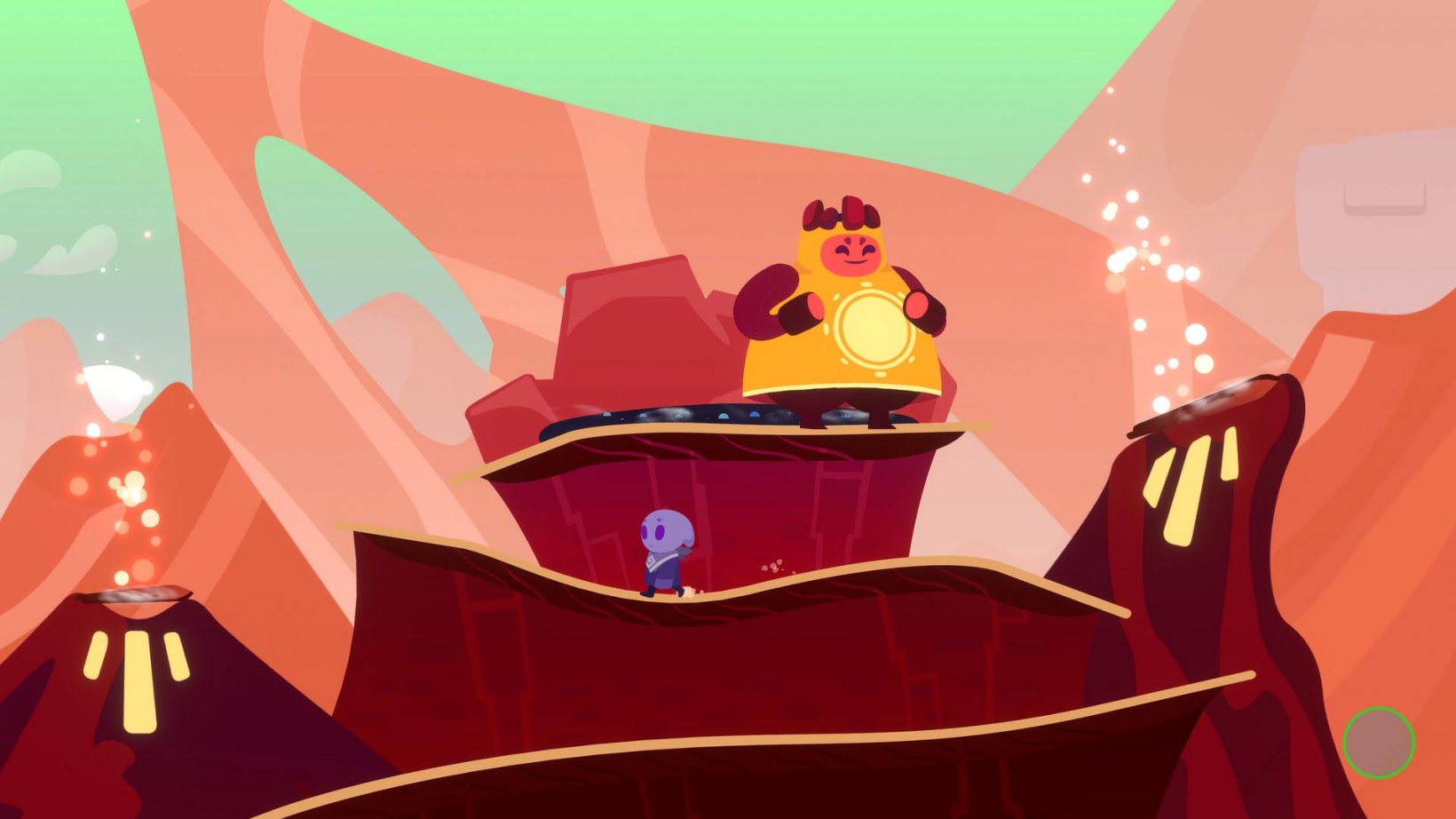 Thankfully, the visuals of One Hand Clapping help mitigate the temptation to ragequit. The artwork is just lovely to look at, and the ambient soundtrack even lovelier to the ear. Landscapes are breathtaking, and colors are masterfully executed to compliment the vibe of certain levels. Honestly, if it weren’t for the visuals of the game, I would have DNF-ed this game early on.

One hand clapping, I feel, is a bit of a missed opportunity. I absolutely love how unique the idea is, and the visuals are just top notch. I also really love how you’re encouraged to let go of your inhibitions to succeed here.

That said, I’ve got mixed feelings with this title precisely because singing through each level is so darn tiring. It doesn’t feel like a casual game that’ll relax you, even if the visuals say otherwise. You can adjust the pitch and calibrate your mic sensitivity in the settings, but that’s not enough to help you out of a pinch when you just can’t seem to hit the right note.

Add that to the absence of any real story and any emotional investment in the character and it’s a little difficult to fall in love with the game. It also doesn’t help that doing a running jump on the touchscreen is just an absolute pain. You’ll also likely run out of breath from trying to hold notes for too long – if you can even hit the right note at all. 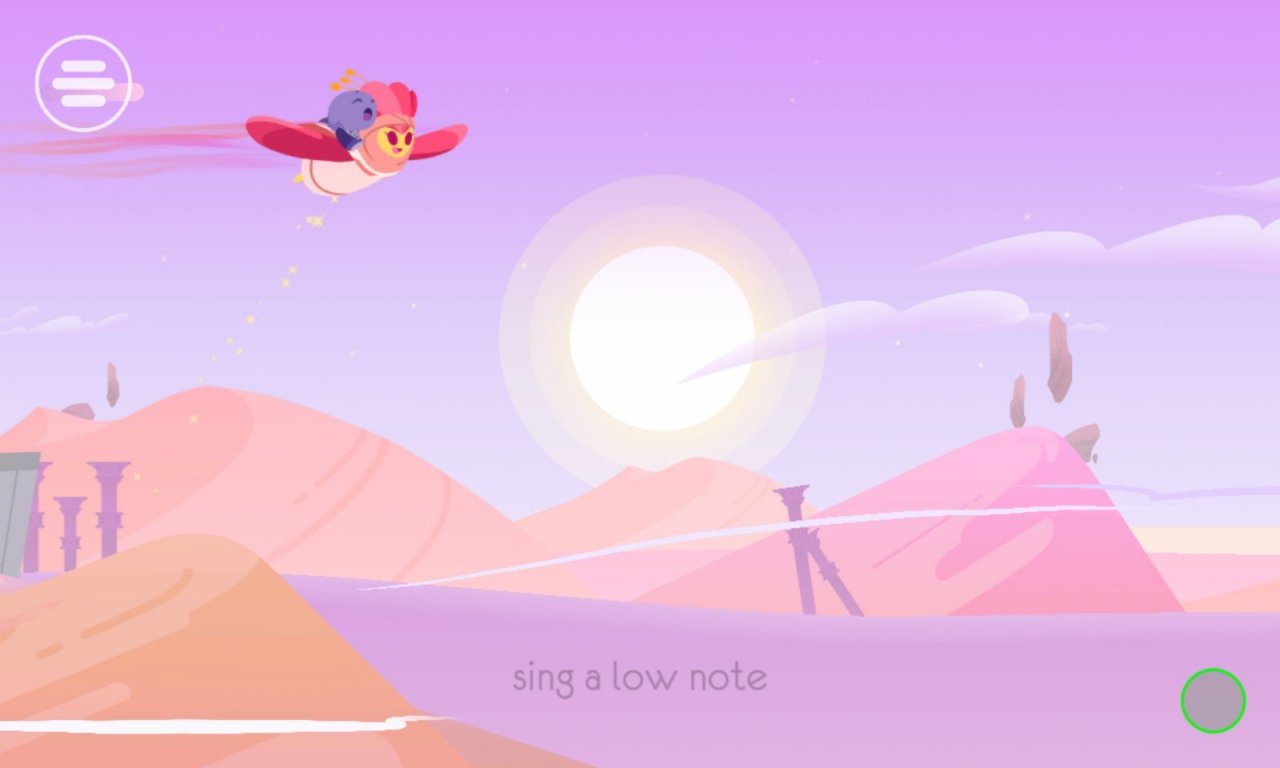 Still, it’s a great game to try out if you’re looking for a fresh twist to your average platformer, so it’s still worth a shot for a session or two a day. If anything, it’s a creative way to help you find confidence in your voice, which isn’t something you can easily find in video games just like that.

As you’re probably a big fan of platformers, you should definitely take a look at these:

Today we will cover Peacock, a Skullgirls character that closely resembles old-school Disney characters, complete with the signature "gloves" and complementary attire. As...
Read more
Nintendo

The Tyranny review covers the base game and all the fancy DLCs from the Gold Edition that aren't that fancy. Evil can be...
Read more
Videos

NEW TIPS AND TRICKS UPDATED 2015!! Check it out below. 19 New Tips for your PS4! source
Read more