Our top recommendation of the week is Turning Red. The new Pixar film “follows 13-year-old Mei (Rosalie Chiang), a spunky Chinese-Canadian middle-schooler living in Toronto in the early 2000s,” writes our reviewer, Petrana Radulovic . “[Mei’s] juggling her devotion to her mother and her duties at the family temple with her budding sense of self. After one particularly turbulent day, she wakes up and discovers that she has transformed into a giant red panda.”

So begins a hilarious, heartfelt adventure that leaves room to unpack tricky universal subjects like our relationships to our parents, our cultures, and our own bodies. Last month we spoke with the creators of Turning Red about the film’s open portrayal of puberty and periods. Shi also shared four classic anime that inspired the film.

Radulovic says that Turning Red “unabashedly and jovially embraces his own identity in such a tender way that it aches” and calls the film one of Pixar’s best. We’re bummed for the filmmakers at Pixar that Turning Red isn’t getting a full theatrical release, but selfishly, we’re thrilled that we can watch the movie when we want, as often as we want, on Disney Plus.

This week on YouTube | The Matrix Resurrections is a movie that’s kind of about video games. And one of the most important but underappreciated aspects of games is the walk cycle. Every character needs a walk, and as humans who are familiar with the concept, a badly animated walk cycle can immediately stick out as uncanny. So game developers have found a ton of cool ways to implement walks in the games we play — making them both accurate, and flavorful. Jenna Stoeber walks through the history of walks and walking cycles in video games, and how they got to where they are today.

A no bullshit guide to the metaverse | Brace yourself, friends. Almost every entertainment brand will be hyping the metaverse in 2022. Here’s a fun, concise explainer of everything you need to know — and how to spot the tech marketing nonsense.

Some Ukrainian game developers volunteer to fight | We have continued to follow the war in Ukraine, maintaining contact with game developers forced from their homes, hunkered in their apartments, or who have chosen to fight for their nation. Western media brands have continued to boycott Russia. Netflix suspended its service for subscribers in Russia. FIFA Ultimate Team no longer includes players on Russian soccer clubs, and also removed other Russia-branded items. Nintendo chose to delay its remake of Advance Wars for the Switch, citing “recent world events.”

Here’s one way you can help Ukraine (and get lots of games) | More than 700 game developers from across the world have bundled together nearly 1,000 games to donate money to a pair of Ukrainian charities. The collection includes some of our favorite games of all time, including Baba Is You, Celeste, Super Hexagon, and Superhot.

After Yang intentionally subverts sci-fi’s fetishistic ‘hollow Asian’ trope | Leo Kim speaks with director Kogonada to unpack the creative decisions behind his wonderful new film. “Kogonada deliberately subverts the tropes and mechanics we’ve come to expect,” writes Kim, “using them as jumping-off points to respond to the sci-fi genre’s dark legacy of Orientalism and the dehumanization of Asian people.”

TheBatman has stoked some big bat feelings | To start, we’ve collected the most pertinent history of Riddler and Batman’s conflict. But let’s be real: The Riddler has nothing on Catwoman, the real best villain in Gotham. Director Matt Reeves left enough loose threads that a sequel to The Batman feels inevitable, but first we may get a television show or two. One TV spinoff may be in trouble, but another is barreling toward production. Whatever comes next, please include that sweet boy Robin. So, a [spoiler] about [spoiler]. And hey… speaking of bat men. 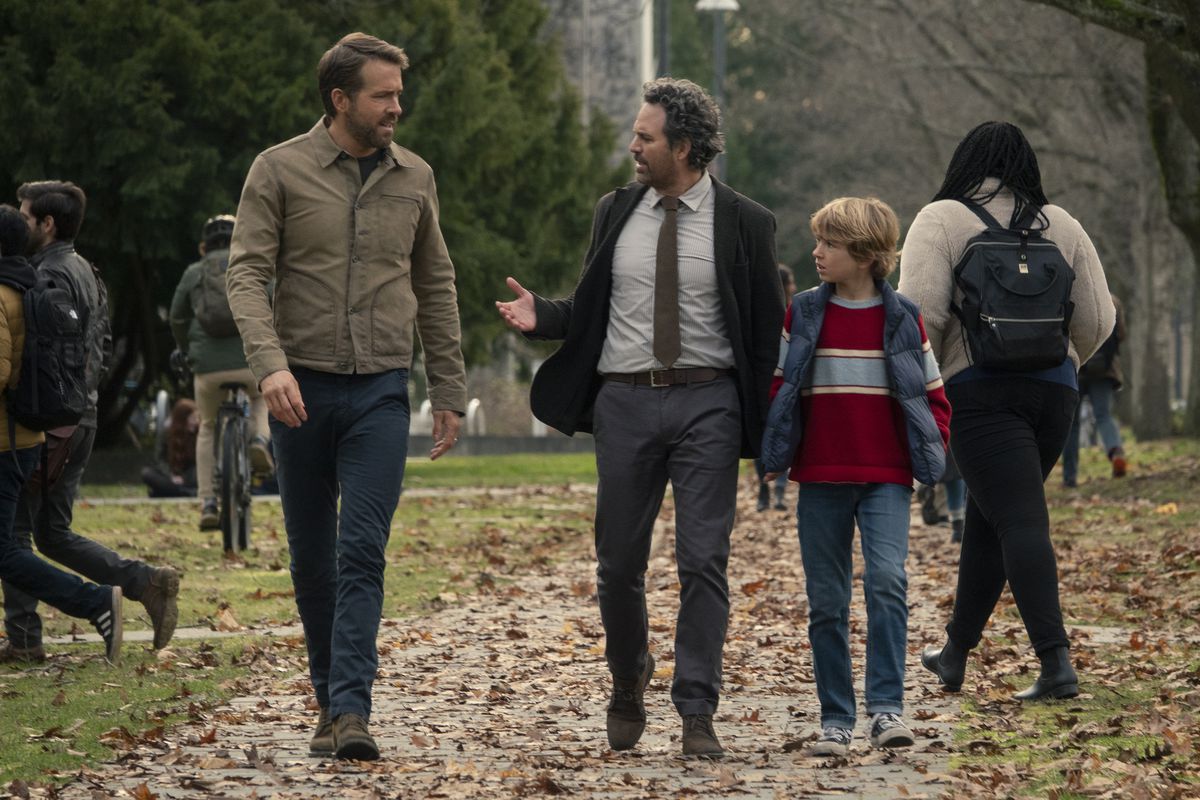 The Adam Project onNetflix | A teenager partners with a future version of himself to apparently save the world from time travel. And Mark Ruffalo plays Ryan Reynolds’ father! Frankly, that’s reason enough to give the film — Reynolds’ second collaboration with Free Guy director Shawn Levy — a try.

Filthy old movies on Criterion Channel | Before the Hays Code removed all the dirty bits from the cinema, 1930s Hollywood produced mountains of gleefully trashy movies bursting with sex, drugs, and dirty double entendres. These black-and-white movies won’t shock anyone who watched the second season of Euphoria, but come on, how can you resist a movie called Murders in the Zoo? It’s about a rich zoologist with a crack for torture and murder! (Prefer more modern crime movies? We collected 10 great detective flicks you can stream right now.)

Leslie Cheung & Hong Kong LGBT Cinema on YouTube | Accented Cinema produces some of our favorite movie criticism on YouTube. His latest, a loving tribute to the late Leslie Cheung, is a magnificent reminder to watch Happy Together, currently streaming on HBO Max and the Criterion Channel.

That Obi Wan trailer on YouTube | What’s the deal with those finely dressed Star Wars baddies? We have the answer.

Plus, everything new to streaming: Scream got a surprise streaming release! Dunes back! Dog goes woof! 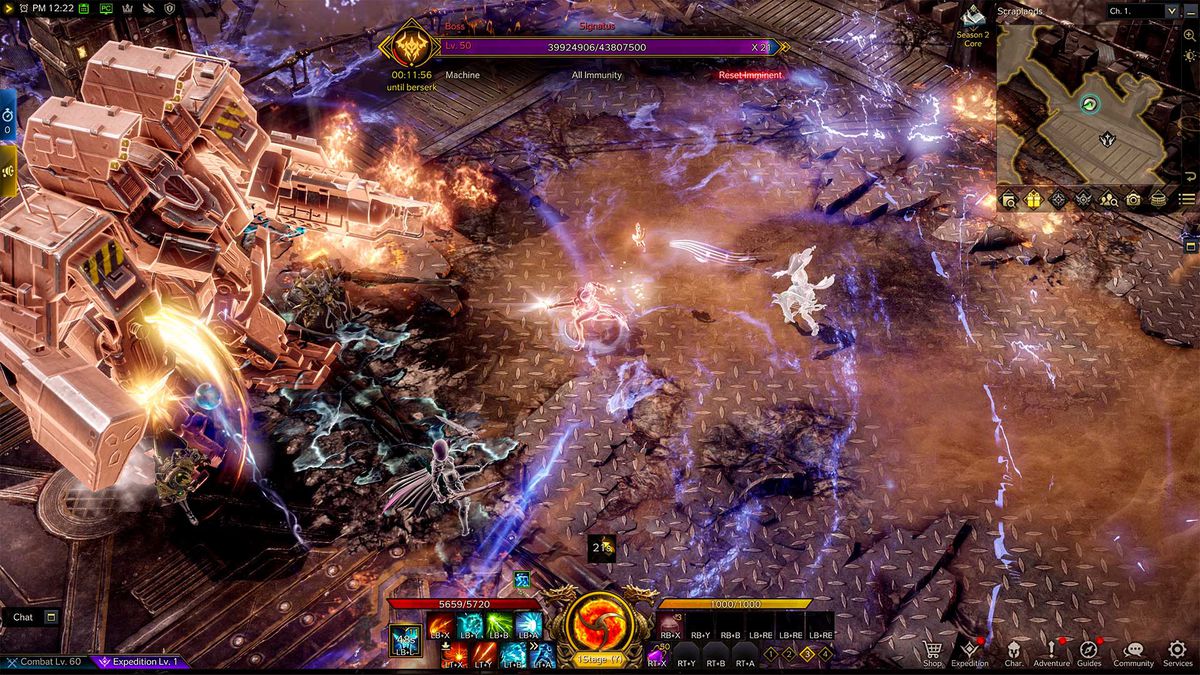 Lost Ark | Polygon Recommends | The Diablo-inspired action-MMO took over Twitch in Korea and Japan in 2019, but only now can folks in Europe and North America give the game a try. Available on Windows PC.

Shroomchitect | Hop aboard an emotional time machine to the days of Tamagotchi. Available on itch.io.

More Elden ring | A game this big, mysterious, and widely played doesn’t come along that often. So please forgive us for including the “Jackass of video games” two weeks in a row. Many of us have put dozens of hours into the game and have no clue if we’re even close to the ending. Meanwhile, one speedrunner has beaten the game in under an hour. We prefer a more leisurely approach, slaying beasts one by one with our big, dumb jellyfish and pausing the game for the occasional snack break. Becoming the Elden Lord requires the proper fuel. Available on PS4, PS5, Windows PC, Xbox One, Xbox Series X. 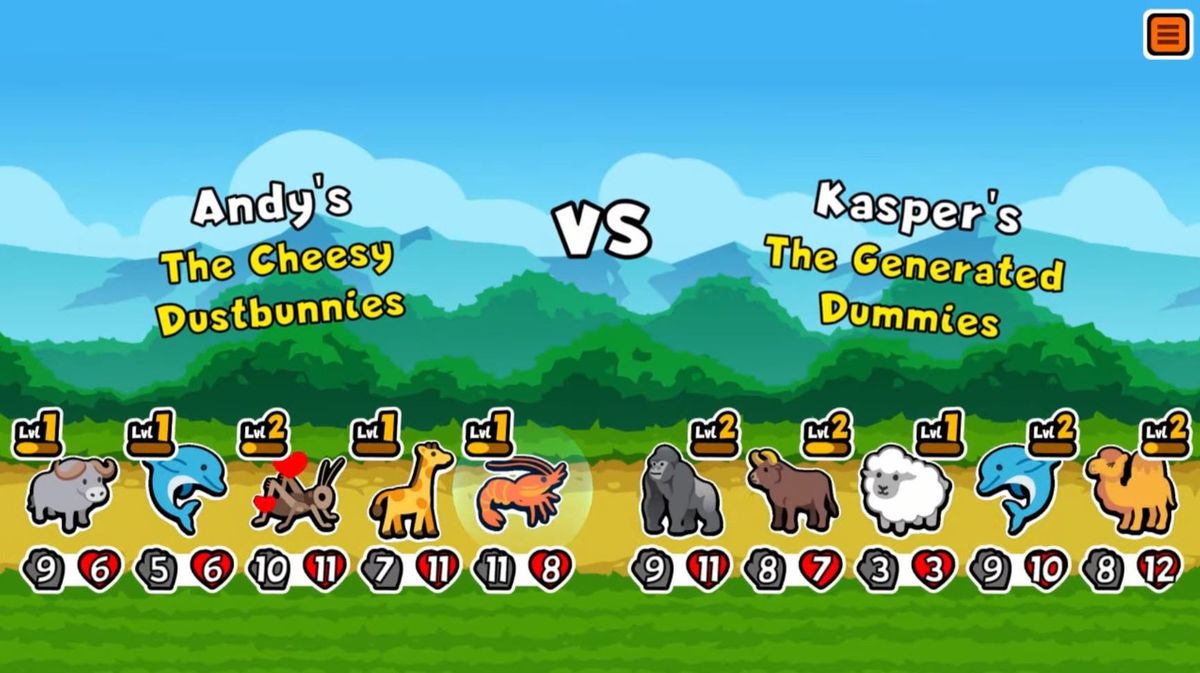 Super Auto Pets | The Gamer wrote that “Super Auto Pets brings us one step closer to Pokemon Auto Chess.” Which is true: The game’s cute animals could easily be replaced by Pikachu and friends, and the experience borrows heavily from popular Auto Chess and similar titles of this relatively new genre. But Super Auto Pets also stands on its own — quite confidently — as an approachable, addictive entry to video games that kinda sorta play themselves. Available on Steam, iOS, Android, and browsers.

Season: A Letter To The Future Review – The Meditation Game

Best Clash Royale decks that you can play

Screenshot: Bandai NamcoIn the wake of Elden ring's latest game-upending patch, players are combing through the Lands Between to see what may have been...
Read more