Far: Changing Tides on Xbox One

As someone who worked as a lifeguard for many years and is the grandson of a sailor that circumnavigated the world, I’ve always had a deep love and respect for the sea. There is nothing quite like open water, as its secrets and unpredictability are as beautiful as they are terrifying. I think that’s what drew me into Far: Changing Tides, as the idea of ​​solving puzzles based around exploring a world overtaken by the ocean is a fascinating premise.

In Far: Changing Tides, you control a nameless boy at the start of an adventure to find a new home. To do so, he must navigate a flooded world using his unique ship and scuba suit, solving puzzles above and below the sea in order to progress through different areas and even add new parts to the vehicle.

These puzzles revolve around everything from obtaining items to using the terrain and gravity to your advantage. It was really impressive how intuitive all of these challenges were in Far: Changing Tides, as each one felt unique but made complete sense once thought was put into it.

Despite not getting any worded tutorials or hints, it never took long to figure out what to do next regarding the puzzles. Developer Okomotive really just did a great job of show don’t tell design, especially with how they integrated new puzzles and mechanics into these introduction tutorials sections that show you how to use each upgrade once it is added to the boat.

For example, when I got the diving module, it took me a second to realize the proper way to even initiate the process, as it actually requires a few different steps to start. After looking a little closer at the hose, I realized that the mechanic worked exactly like it did when I traversed the platforms to unlock the item for my boat in the section before.

This occurred with pretty much every new upgrade I got, and it didn’t take long at all to pick up on each one’s slight nuances in terms of how they worked when installed on the ship versus when I unlocked them.

Between time solving the many puzzles that make up Far: Changing Tides, there’s also a lot of sailing and navigation to be done. This occurs in one of two different ways: sails and engines.

Sails are pretty straightforward, as they simply require the mast to be in the proper position for the canvas to catch the wind. This can be adjusted manually to pick up more speed or tuck in the mast to avoid obstacles that can damage the ship.

When there isn’t any wind to use, you’re heading underwater, or you need to plow through an obstacle, then the engine is the ship’s go-to. Unlike the sails, the engine runs on gas and pieces of scrap collected throughout the world. Since this is a post-apocalyptic setting, though, these aren’t always easy to come by.

As such, every item that can be found must be treated as the valuable resource that it is in Far: Changing Tides. This requires you to manage consumption and plan ahead by grabbing all of the junk you find and placing it on the ship’s storage hooks at the bottom of the ship.

This may feel a bit tedious for some, as it is pretty easy to run out of items if you haven’t planned, requiring you to backtrack or reload. For others, the satisfaction that comes with timing usage accordingly and arriving at the next destination right as the ship is running on fumes is well worth the worry that comes alongside having to ration your fuel, really helping. Not to mention the fact that this mechanic works great to immerse players in the world’s run-down, post-apocalyptic setting 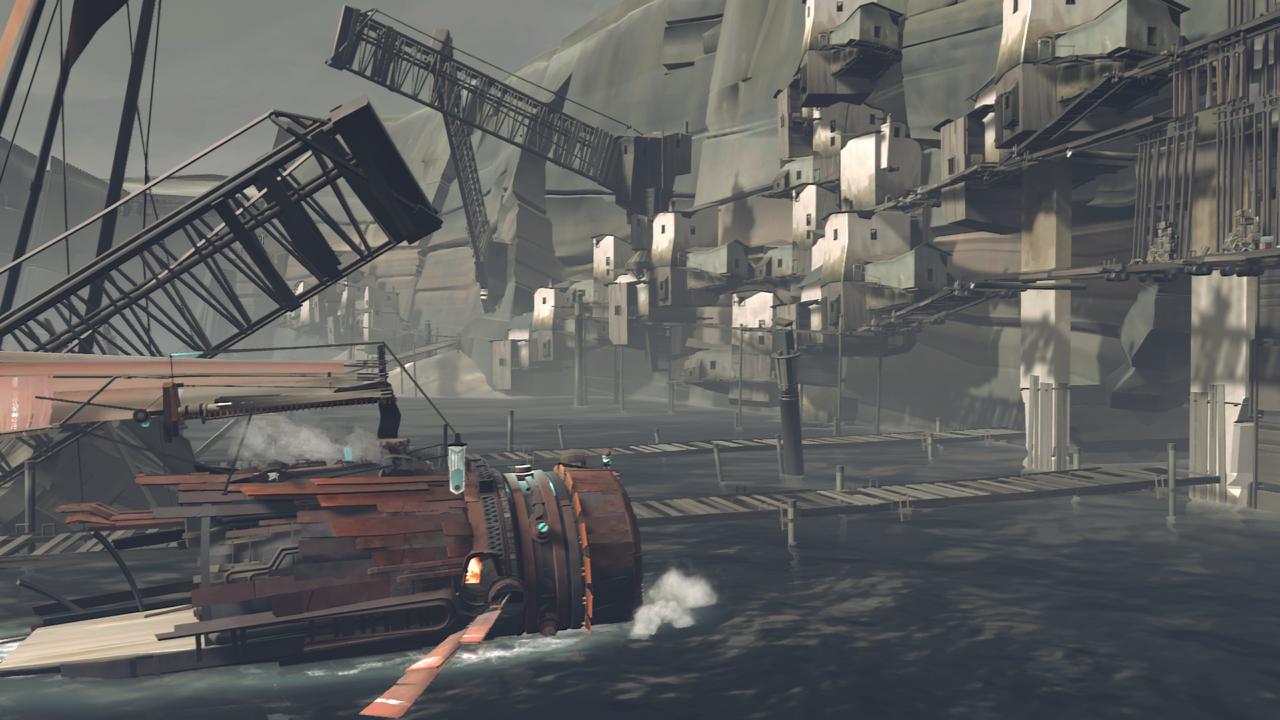 Enough also can’t be said about just how atmospheric Far: Changing Tides is. Whether it’s sailing the beautiful, dilapidated coasts of destroyed cities or submerging to the dark depths of the ocean, the scenery and ambiance that make up the game are absolutely breathtaking.

The sheer scope of some of the landscapes involved in the exploration and puzzles results in some of the most amazing views I’ve seen in a video game in years. In some scenes, the environment also plays a chaotic factor, as storms and floods occur in specific sections, making for a frantic and envigorating change of pace, even if they are mostly scripted events.

If there is one knock against Far: Changing Tides, it’s that some of the mechanics can be a little wonky when they overlap. I can’t tell you how many times I accidentally put out my fuel fire while trying to cool down my overheating engine because of how the two are located.

There were other bits of micromanaging that occur that feel cluttered, especially when having to switch between navigating up and down and left and right while underwater, which requires you to run around the ship and frantically pull apart different items to avoid crashing. It just seems like some of the ship mechanics could have been spaced and organized a little better.

Even with slight hiccups like this, I still adored my time with Far: Changing Tides. The gameplay and design are reminiscent of Playdead’s Limbo and Inside, while featuring a beautiful setting that really draws you into the world without ever saying a word. If you like puzzle games and are looking for a quick and scenic adventure, then Far: Changing Tides is going to be just for you. 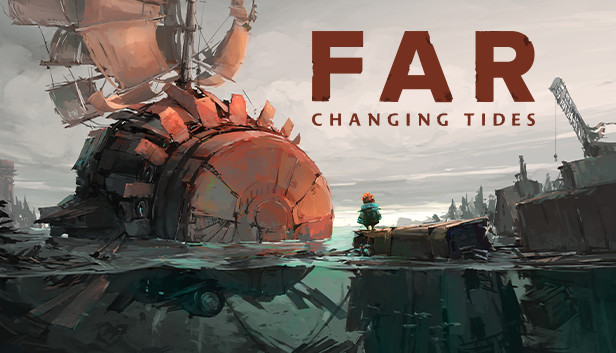 Brewmaster: Beer Brewing Simulator is coming to PlayStation 5 and PlayStation 4 on the 29th of September 2022! Brew your... source
Read more
Nintendo

France: Nintendo will have Xenoblade 3 presentation at Japan Expo 2022 this month

Nintendo France has tweeted that they will be holding a special Xenoblade Chronicles 3 presentation at this month's Japan Expo in Paris which is...
Read more
Nintendo

If you're roaming the Appalachian Wasteland this weekend and get a hankering for some high culture, consider...
Read more