Retellings of the classic Chinese novel Journey to the West are a dime a dozen, but The Revolt: Massing embellishes its version of the narrative using stunning character art wrapped nicely with a gacha bow.

Dubbed as “the first mobile game authorized by and set in the popular comic Westward”, Revolt: The Massing is a bit of a subversion of the classic Chinese tale. You immediately begin your journey warring against the heavens for this thing called the “Eternal Flame”, and while the visuals are certainly top-notch, is everything else about this mobile RPG worth your time and money?

THE GRAPHICS OF THE REVOLT: MASSING

At the risk of judging a book so-called by its cover, the stunning character art of The Revolt: Massing is what drew me into the game in the first place. The Asian designs of each hero are expertly crafted both in the 2D art and in the 3D animations, which, by the way, are gorgeous. I wasn’t expecting to see FMVs with each chapter – I actually wish someone would compile all those snippets just so I can watch them all in one go.

The production value here is just superb, as character dialogue is fully voiced – and voiced really well, too. Units have their own specific battle cries whenever they activate special skills; plus, Merge Skills or combo attacks that are triggered when two characters are synergized look jaw-dropping as well.

The aesthetics are complemented by the lovely themed background music as well, not to mention the satisfying sound effects that congratulate you on scoring rewards each time you successfully complete a task. From a visual standpoint alone, this game certainly raises the bar of what a free-to-play gacha game on mobile should aspire to.

Of course, this being a typical gacha game, all of your average RPG elements are present, from the progression system that requires tons of raw materials to the raid dungeons where you can farm experience points, gold and so on. You’ll initially go through the main campaign with ease, but as expected, the enemies will get progressively more difficult, and you’ll have to grind for a bit in the raid dungeons to buff up your party. 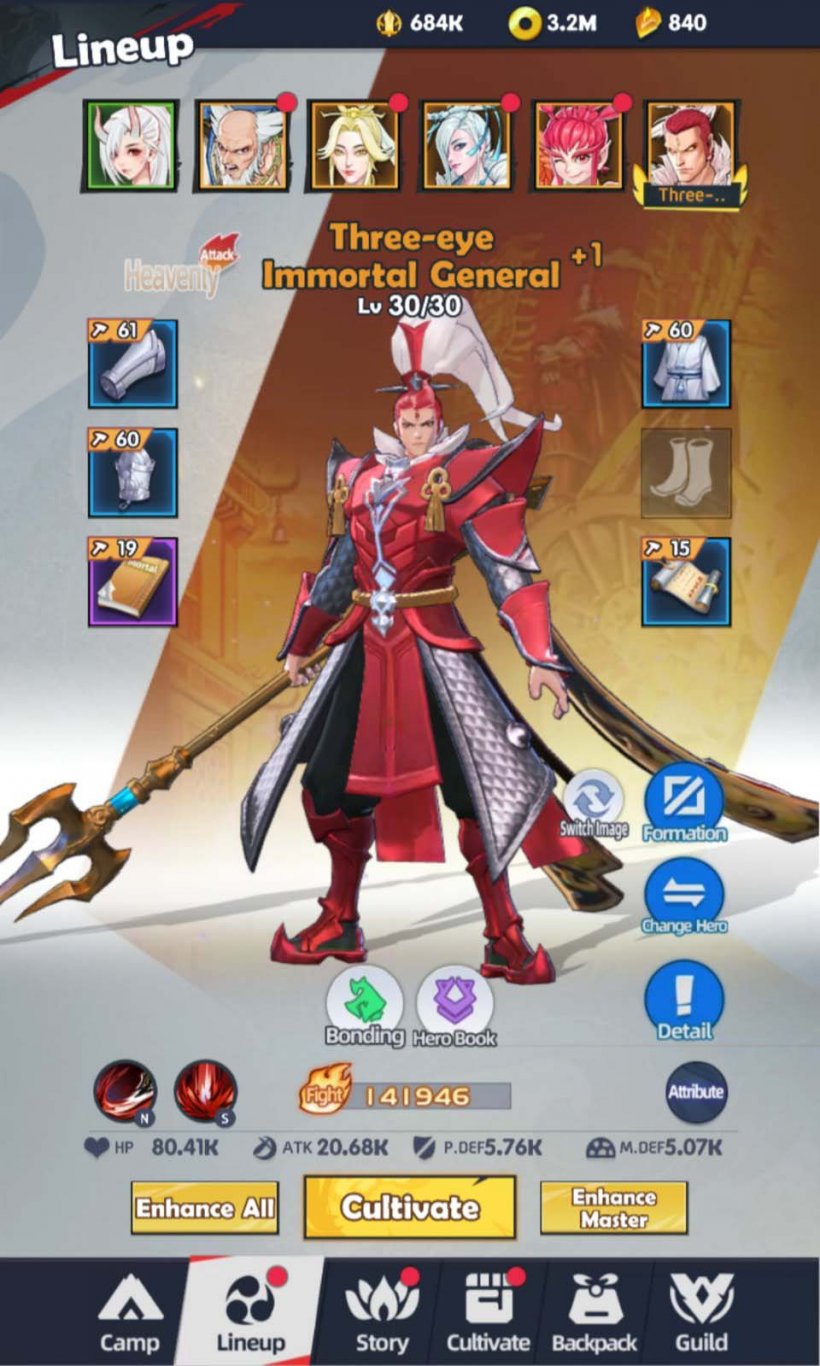 Heroes in your lineup can be made up of different classes – Control, Physical DPS, Magic DPS and Support. You’ll unlock more slots in your party as you level up, and once you have your full 6-member party, it’s easier to strategize the best combination and formation to take down your opponents in a flash (you can also speed up and even skip a full battle altogether – a feature I liked very much). Characters also have a “Hero Book” where you can activate certain buffs each time you acquire other heroes they have an affinity with.

One piece of content that stood out to me is the Scripture Searching feature, where you can progress through a boardgame-esque level looking for Scriptures that you can equip your characters with. It’s nothing too deep, but it’s a pleasant surprise (since you get all sorts of exhilarating rewards) and a nice break from it all when you’re tired of all the battling.

One thing I didn’t particularly like about the game is that there is just so much stuff going on that clutters your entire main menu, even as each game content is unlocked bit by bit as you progress into the game.

Your main screen is so cluttered that the tutorial itself often blocks certain buttons and texts on the screen – it’s just not a very polished look, and can be pretty overwhelming, to be honest. What makes matters worse is that a big chunk of these icons on your screen are shops and VIP or top-up options, which gives the impression that the game is trying to take your money everywhere you turn. 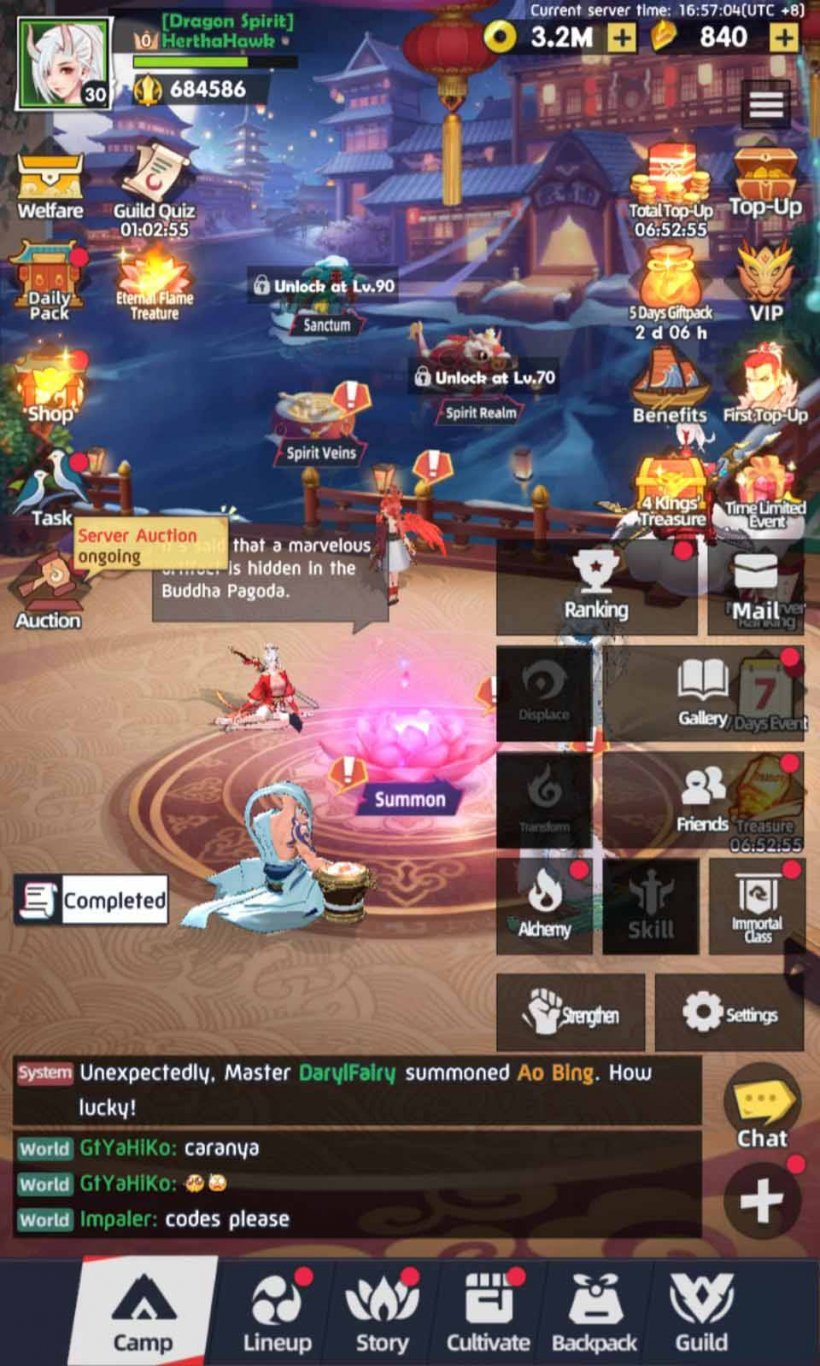 While it can be a tad annoying, I didn’t necessarily feel like I needed to spend anything to enjoy the game. Once you get past all the shiny and sparkly buttons just waiting for you to tap on them for that sweet, sweet purchase, you can get by as a free-to-play player mainly because the rates in the summons pool are very generous.

For one thing, the pity system for the premium gacha will reward you with an Orange Hero every 20 summons – that’s one of the highest rates I’ve ever seen on a gacha game so far. And it really does feel very compelling to collect all those characters since they just look so darn good.

Hit the links in style with your MyPLAYER and run the course YOUR way in MyCAREER! #ps4games #ps5games #ps5 #ps4. source
Read more
PC Gaming

Blizzard Entertainment said it's taking Overwatch 2 offline Thursday evening in an effort to roll out fixes to the game, which launched...
Read more
Playstation

Genshin Impact's”Garden of Endless Pillars” is a domain that's partially hidden underground when you first see it in the top left corner...
Read more
Tech

One of the bigger surprises of this CES 2023 wasn't an original product but a much-needed upgrade to an already existing product: the Acer...
Read more