While the makers of the OG space exploration RTS that Star Discord takes inspiration from are in hot water right now, that hasn’t stopped indie developer Illogical Games from doing its own thing with the popular IP.

A part love letter to StarCraft and part a Minecraft-esque experience, Star Discord attempts to take everything there is to love about the Terrans and adapts it all onto mobile – but while the effort is indeed valiant, does it actually pay off in the end ?

THE VISUAL OF STAR DISCORD

The indie one-man team of Amarul Natenan crafted this StarCraft lookalike in hopes of creating that same Real-Time Strategy feel but optimized for mobile. While Star Discord definitely isn’t attempting to get the graphics of the Blizzard title down pat, it certainly is trying its best to keep the vibe pretty familiar.

For one thing, SCVs have been renamed as FCWs, and buildings, while charmingly low-poly, are still reminiscent of Terran structures. As a StarCraft fan myself, I do find that it’s all very welcome, even if there are a few things that haven’t been renamed just yet (the text requirements for building a War Factory, for instance, tells you that you need to build a Barracks first, which is actually called a Boot Camp in the game).

The boxy visuals are also pretty adorable, adding to the accessibility of the game as it’s adapted to a more casual RTS experience on mobile. The background music is top-notch as well and is enough to keep your adrenaline pumping when you’re laying waste to your enemy’s bases and victory is just within reach.

The main campaign for Star Discord serves as a hands-on tutorial, as you’ll be introduced to each unit in small, bite-sized chunks. Maps and unit selection progressively get more complex as you go on, as do your enemies’ capabilities. Once you feel like you’ve gotten a hang of the game, you can challenge other players in unranked PvP matches as well.

Ads do pop up after every battle, which is actually no big deal – a match can last anywhere from five minutes to twenty minutes, so having just one ad in between matches is very, very generous of the developer. And while there is only one race at the moment, the dev has expressed plans to expand other races in the future, which would be an absolute treat. 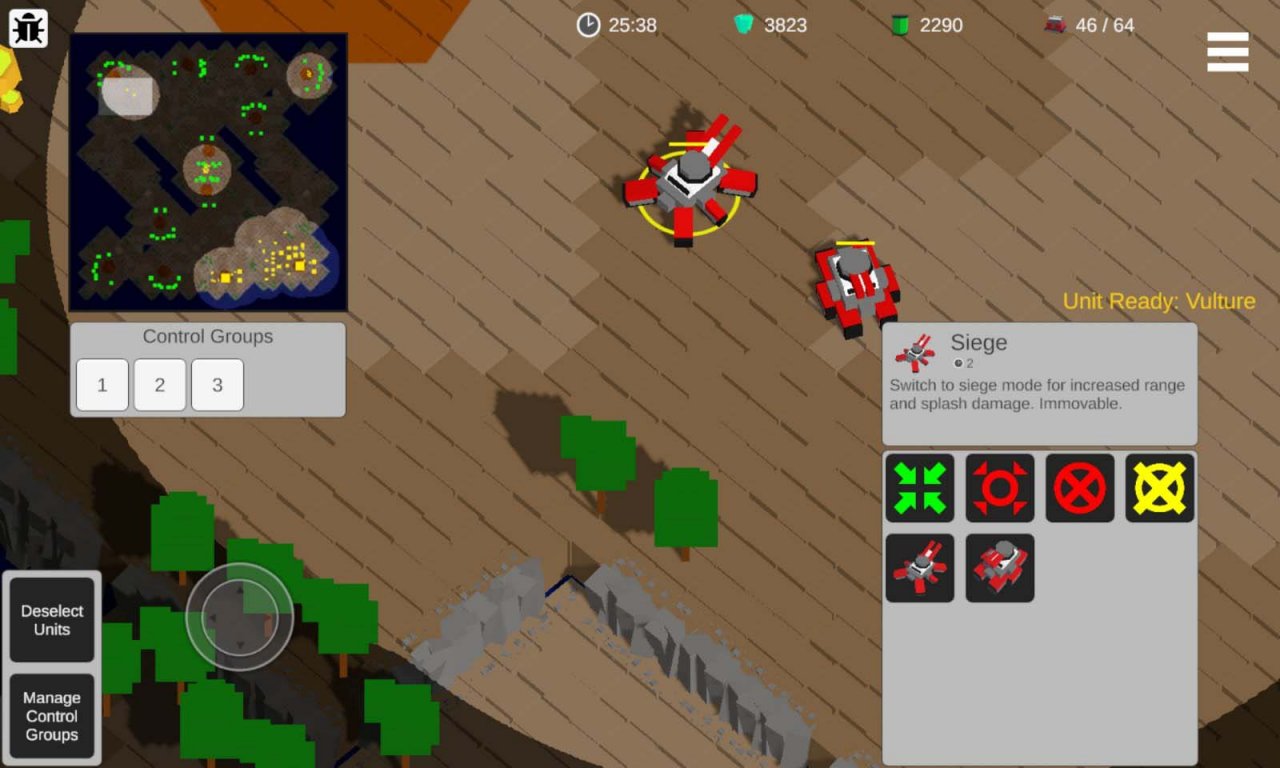 Of course, while the campaign teaches you about the units, structures, and overall mechanics of the game, it doesn’t help very much when it comes to mastering the game’s controls. You pretty much have to tinker around with them yourself, save for random tips that pop up at the beginning of each mission. You can also have a look at the actual text-based tutorial, but it’s a tad difficult to memorize all those commands right before you start a battle.

This brings us to the main issue with the game – the controls. This, as expected, is where most of the difficulty lies, as the game has taken on this massive endeavor of porting a huge RTS onto a mobile device. I myself played this game on my ten-inch tablet, but I still get the dreaded fat-finger slip-ups every now and then. I can only imagine how it must be like to play this on an actual phone with a smaller screen.

Thankfully, you can adjust the size of the UI in the game’s settings so that the buttons aren’t all over the place, but then it becomes a matter of squinting to see the text you just thoroughly reduced. In particular, the mini-map is the biggest bother for me, as it blocks a huge chunk of your screen on the upper left and can really prevent you from micromanaging units or even just scrolling towards that area. 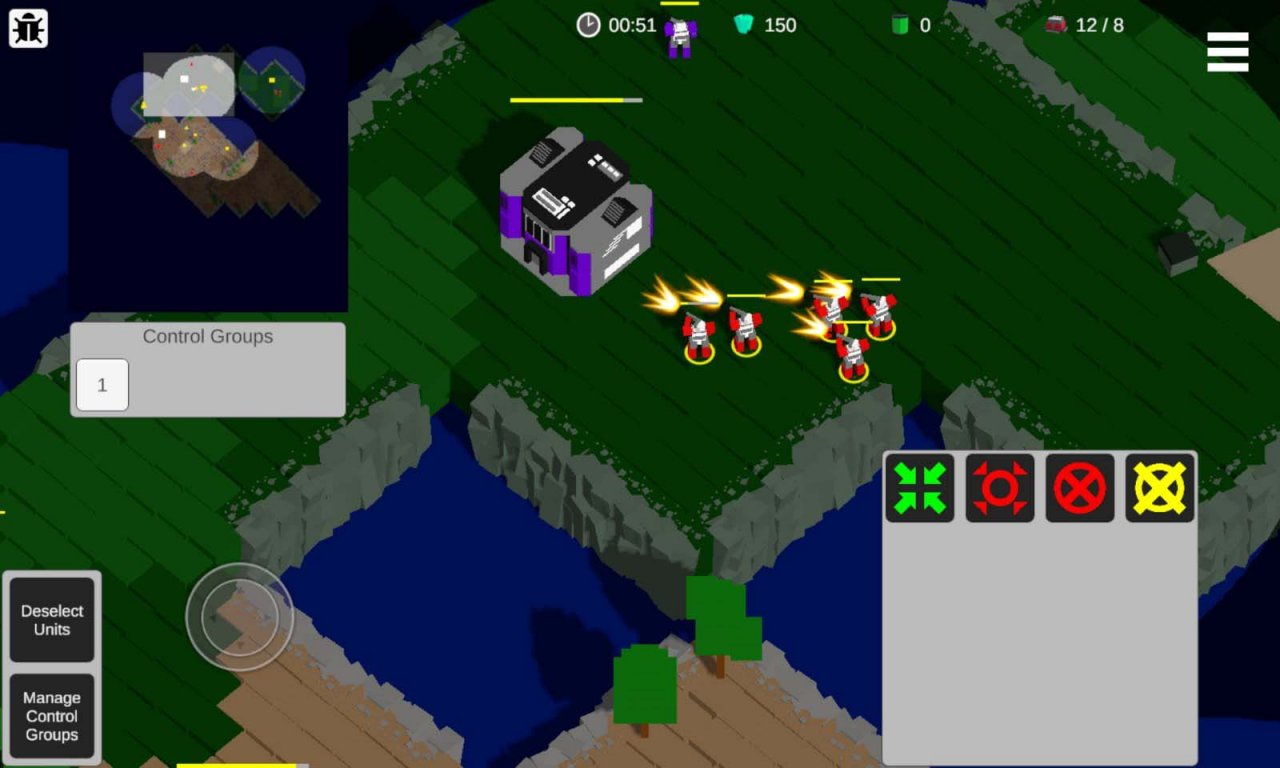 Speaking of scrolling, you can also adjust how you want to navigate your map (I wish there was a tip that you can actually do this, because it took me many painful missions before I found out you could adjust this in the settings). You can choose to “scroll” through your map like you would with a mouse, or you can invert it and do something more intuitive with your touchscreen, in that you can drag the screen to view certain parts of your map. I’ve got mine set on the latter, because it’s a touch screen and my instincts immediately want to drag rather than scroll – but it’s all up to your preferred style.

That said, the biggest thing you need to train yourself to do here is to deselect, deselect, deselect. Coming off RTS games on PC, you simply click from one unit or structure to the next without really giving it much thought. Here, you’ll need to deselect any existing selection, or you might just end up sending an FCW you’ve just commanded to build a Supply Silo right into enemy territory. It’s just a matter of getting used to this new mechanic eventually.

But perhaps the biggest issue I encountered here is that the AI ​​of the units isn’t all that smart – at least, not yet. When you command a group of units to move to a certain location, they’ll do exactly that and only that. They won’t care if an enemy unit attacks them along the way – they’ll blindly move to that spot you commanded them to and will likely die in the process. 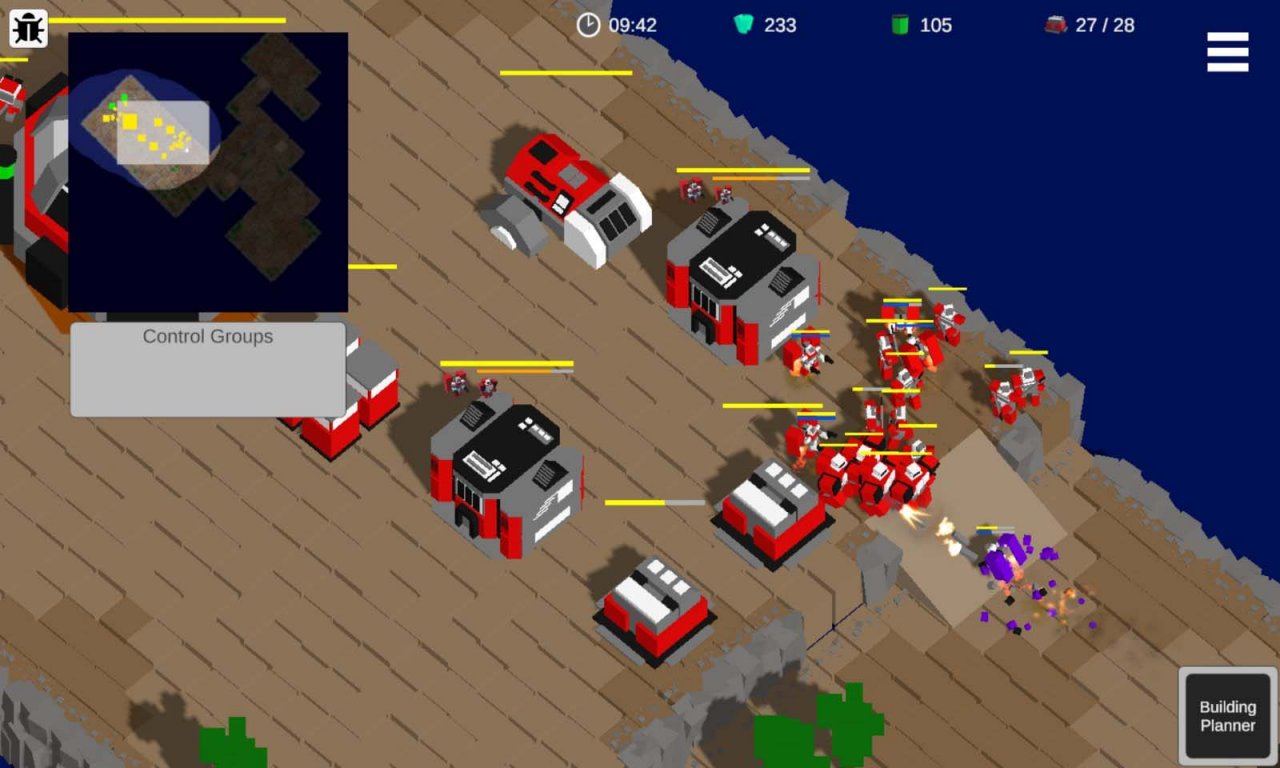 Now, if you’re thinking you can just micro them to counterattack, it’s also not as easy as that. For instance, basic Ranger units tend to be on the smaller side, so when you tap on an enemy Ranger to counterattack, you might not always tap that exact enemy unit the first time – or worse, you might accidentally tap on the ground next to that enemy unit, causing your whole army to move to that spot rather than counterattack. This has happened to me more times than I’d like, and it can be very frustrating.

A fix would probably be to make attacking a priority for troops as opposed to moving, but as I’m no dev, I’m not sure how easy or difficult that might be. It would also probably help if things were more automated, since this is a mobile game and can’t have the same luxuries as a PC game.

For instance, perhaps setting units to auto-attack, or FCWs to auto-spawn would already make the game easier to navigate. While the Control Groups function and the Building Planner are quite welcome, perhaps it might also be a good idea to set an auto-expand or auto-upgrade function for structures and units, just to read the micromanaging in a mobile game.

Overall, Star Discord needs a bit more polish, but it’s an impressive effort especially for a one-man studio. Perhaps there’s a reason why StarCraft was never ported to mobile due to the clunky controls, but this game does try its best to find a solution to all that – and I’m very, very glad it did.

Mobile controllers seem to be in vogue at the moment, with seemingly every peripheral company looking to break into the market in one way...
Read more
Nintendo

It has been a week since the second wave of Xenoblade Chronicles 3 DLC released. The base game had also been updated to...
Read more
PC Gaming

An Elden Ring beginner’s guide to help you die less.

Elden Ring has the advantage. Our beginner's guide will even the odds. In any FromSoftware game, the challenge is a huge part...
Read more
PC Gaming

Minecraft fireflies could be coming later down the line

Minecraft has a great selection of incredible mobs, and even if you install a mod to make them...
Read more