Few things in an action RPG are as important as good class design, but giving players unique options to fit their own play style isn’t easy. And that’s exactly what makes the classes in Lost Ark special. The new(ish) MMOARPG from developers Tripod Studio and Smilegate RPG is not only full of great classes and fantastic combat, but it also shows those classes off better than most games. It gives players plenty of ways to create new characters without excessive grinding.

As a top-down ARPG similar to Diablo, Lost Ark features five classes, with a total of 15 Advanced Classes. Classes here are more like categories (Gunner, Berserker, Martial Artists, Sorcerer, and Assassin), while the advanced classes are ones with specific identities and abilities — Gunslinger, Bard, Sorceress, Gunlancer, Scrapper, Wardancer, Sharpshooter, etc.

Unlike other MMOs, there are no strict tanks or supports in Lost Ark. There are tankier characters (like the Gunlancer, who can grant himself a personal shield, but he lacks the dodge that other players have) and there are characters that can help allies (like the Bard and Paladin, who can grant bonus damage or shields to their teammates). But everyone in Lost Ark can still deal their fair share of damage.

Still, every subclass feels like it fills a specific niche. Gunslingers deal massive damage, but they’re vulnerable while attacking and offer almost no utility for their team. All four of the Martial Artist’s advanced classes are designed for damage, but also offer additional benefits like the ability to stagger bosses or more buffs for teammates.

Sadly, among the game’s most annoying quirks is that subclasses are limited by character gender. There can only be male Scrappers, but to play a Wardancer you’ll have to play a female character. It’s a silly system, and a definite frustration, but it doesn’t ruin the overall Lost Ark experience. 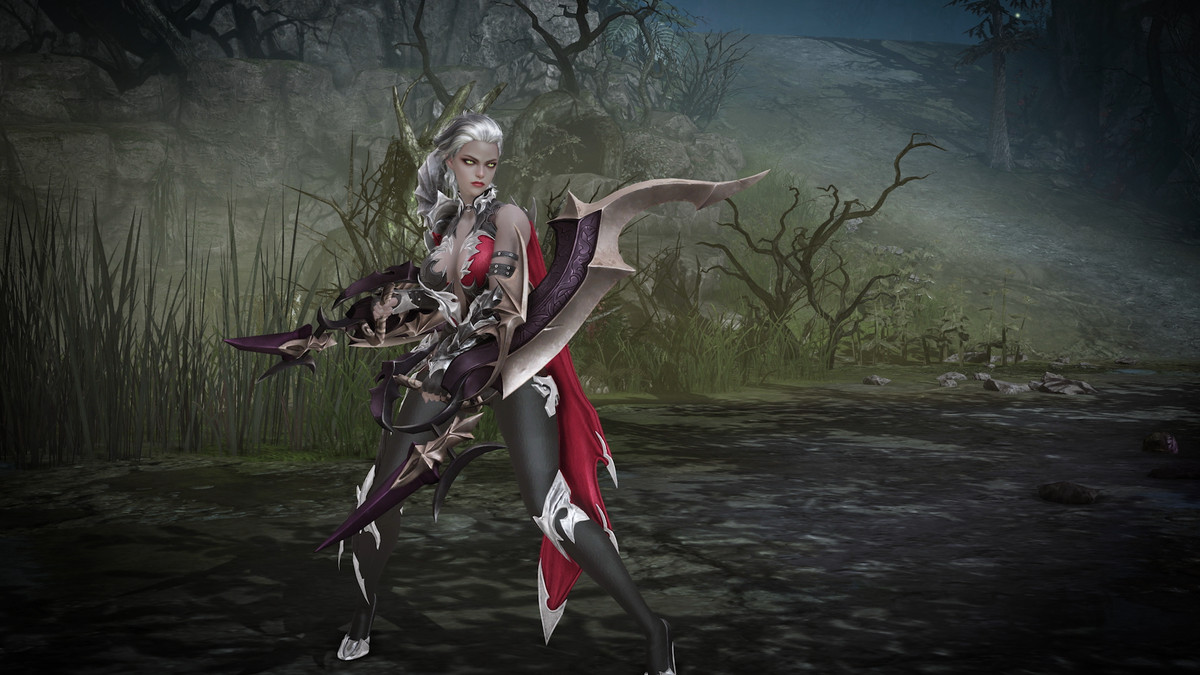 Good class design is an imperfect alchemy. Each class consists of dozens of different systems and ideas, all woven together to create something that’s still fun for players 100 or more hours into the game. Smilegate finds these systems everywhere, starting with the game’s foundational abilities. Most classes can use eight different abilities at a time from their selection of nearly 20. While some builds may be significantly more optimal than others, each ability fits together in ways that play off of and augment the others, either by buffing them directly or helping your cooldowns flow more smoothly. Lost Ark also offers dozens of ways to augment the abilities, from Engravings to Tripods and Runes.

It’s a dizzying number of customizations and I still don’t fully understand all of these nuances, even after nearly 100 hours. But that’s exactly what I want out of an MMO. It’s a level of detail that lets me feel like I have control over the specifics of my classes, and lets me tweak and tinker my way into the perfect set up for each fight — even if it will take me a while to fully grasp it all .

Even better, all of these skills interact with teammates’ abilities. There are shields, buffs, and debuffs, and positional spells that all serve to get your team ahead. For instance, a support class like Lost Ark’s Bard might stand near a Gunslinger if they see that she’s about to cast a particularly damaging ability. Or, the Bard might cast a shield near an ally who’s about to get hit. 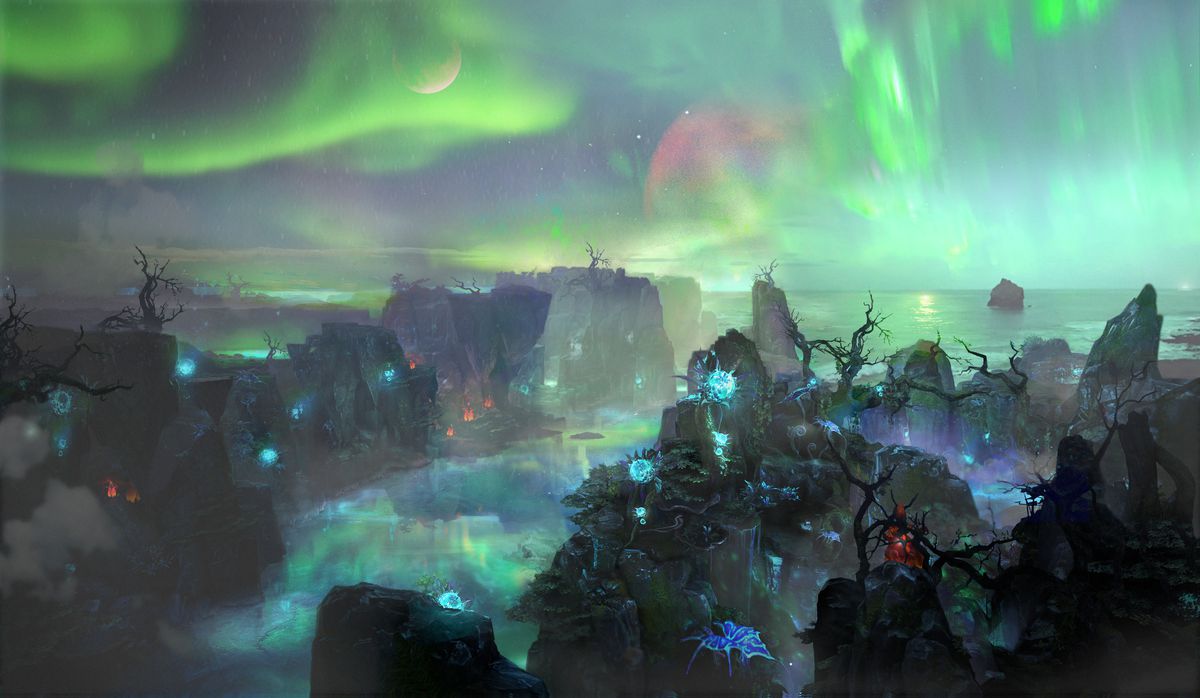 Even while players are planning their attacks around other players, they have plenty of their own minutiae to think about too. Outside of buffing your own abilities, players can empower certain spells by using them in different ways. Combo abilities have additional effects based on how many parts of the ability a player uses — which they can choose by simply tapping the ability’s key more times. Other skills do more or less damage if players attack from the front or back of an enemy, making positioning a critical component of playing your class effectively.

All of these little layers ensure that players always have something to do, and moreover, a “correct” order to do them in. It’s the kind of infinite skill ceiling that makes Lost Ark’s classes so much fun to play no matter how much time you ‘ve already spent trying to master them.

Even when you don’t hit the abilities in the perfect order, each skill still feels satisfying and worthwhile thanks to the game’s gorgeous effects and animations. In the middle of a chaotic fight, I can see and hear my own spells, recognize their animations, and notice the spells of my teammates — the better to know when to combo with them.

Just as importantly, Lost Ark’s encounter design, particularly its endgame bosses, are actually difficult enough to require this kind of precision. Like any good MMO, you’ll have to know how to wring as much damage from your abilities as possible, all while dodging boss attacks , and supporting your team. These fights, which can often last as long as 10 or 15 minutes, are tense and difficult, but they’re also the game’s most rewarding content. They make mastering all of the nuances of your class feel worthwhile. 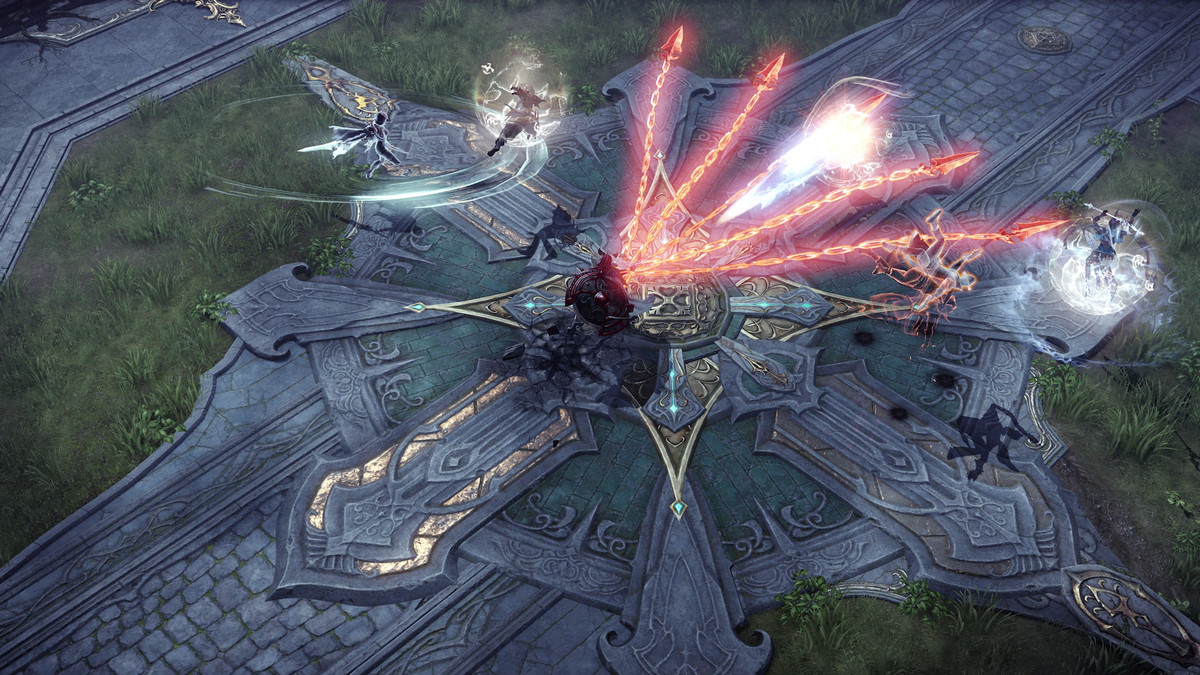 The downside to having so many interesting classes, at least for most MMOs, is that many players will only get the chance to fully experience one or two of them, considering the time investment required. But Lost Ark has a way around this issue. As soon as you finish Lost Ark’s main storyline, you immediately get two Powerpasses, which let you instantly level characters to 50, skipping all the preceding quests . On top of that, players can also use in-game gold to buy something called a “Knowledge Transfer,” which also skips a character to level 50.

Both of these options help make the prospect of playing an alt and experiencing more of the game’s excellent classes much more palatable than it might be if you had to spend 10 hours leveling them up — not to mention that alts can help you farm extra resources for your main character once you reach Lost Ark’s endgame.

None of this is to say that Lost Ark is perfect. Its endgame is a fairly arduous grind, its microtransactions are questionable at best, and none of this matters much if flimsy servers keep you stuck in hours-long queues. But I forget about all of that when taking on monsters with my favorite class is this enjoyable. And since you spend about 90% of your time doing just that, it makes Lost Ark an easy game to love.

The products discussed here were independently chosen by our editors. GameSpot may get a share of the revenue if you buy anything featured...
Read more
Videos