The mobile phone landscape has changed a lot in the last few years and while the names at the top have stayed the same there’s been a lot of movement outside of the top two or three names. As such, big names like Apple and Samsung can’t afford to become complacent. When you’re on top it’s incredibly easy to become overconfident, and there are always people throwing around terms like ‘coup’, or sayings like ‘David vs Goliath’ when it comes to the plucky underdogs that people love to see pushing up the sales charts.

As it turns out though, with the iPhone 13 Pro, the giants are punching just as hard as they always have, if not harder. It’s an amazing step forward from the previous generation and a phenomenal leap forward from the 11th generation. Moving from the 11 Pro Max onto the 13 Pro shouldn’t have really been a massive step, especially considering that most people are in multi-year contracts and so normally wind up with a new phone once their old one is edging towards obsolescence. I can’t imagine the awe if somebody was to slide from a 9th or 10th generation to this, because, as I said, it was a major step just up from the 11 Pro Max.

The most noticeable differences are the speed and screen quality, which happen to be two extremely visible elements of how phones work. Perhaps it is the fact that these improvements are so immediately apparent that makes it so impressive. Most people won’t know what difference a 120Hz OLED display will have when they spot that in the features list, or what a phone having an A15 Bionic CPU means, but the result is – simply – that every screen transition and swipe is smoother, and the images are crisper.

In fact, these two areas make up three of the main areas of improvement for this generation, with the cameras being the third. Screen resolution and processing power have clearly been major focuses of attention, and I can’t see myself willingly moving away from 120HZ OLED as my main phone after this experience.

While there’s naturally always the discussion of high refresh rate, FPS, or HZ being useless because the human eye can only take in so much information at once (what is this, a screen for hummingbirds?) ramping these up still makes for a smoother experience as we take in smoother information in those moments where we do receive it. 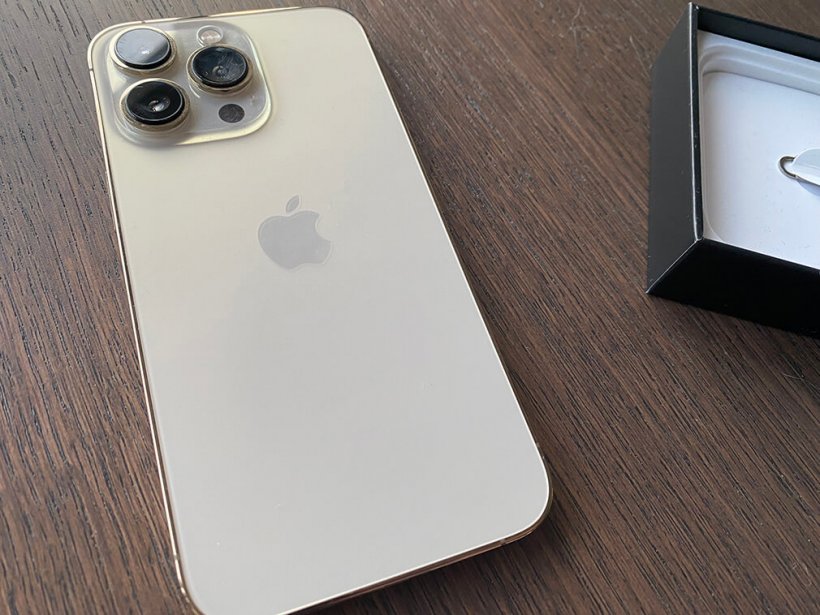 The iPhone 13 Pro features the same sized OLED components as its predecessor, however, screen-size changes (the nub at the top is shrunk) and the new frame rate has a lot of collateral effects; It seems to light up much brighter, and the colors and contrast really stand out versus previous iterations. It’s a much more powerful chipset. The A15 Bionic, which features a six-core CPU and 5-core GPU, running alongside 6GB of RAM makes it probably the most powerful phone out there, which is reflected when it comes to running intensive apps like top-tier games or editing software .

That said, it’s incredibly hard to track how much better it is than the competition, because Apple still doesn’t let us sample frame rates, however running COD: Mobile, Alien: Isolation and Genshin Impact gives a smooth and sleek experience. But, as it stands, there aren’t many games out there that can truly challenge the top-end category of devices, and so we’re unlikely to see a massive gulf over a few years as nobody wants to lock out the majority of players.

On the subject of things where there aren’t massive gulfs. Visually the iPhone 13 Pro isn’t much of a shift in design from the 12 Pro. Perhaps the most obvious design change is that the camera nest on the back of the device seems to jut out even more and that the screen dead-zone around the front-facing cameras appears to be a little smaller in width, although stretches further down the screen a smidge. The latter is a sign of long-overdue changes, and hopefully, it will keep shrinking, there are still a lot of games and apps which have shallow, top-screen notifications which get lost in the darkness of that area. 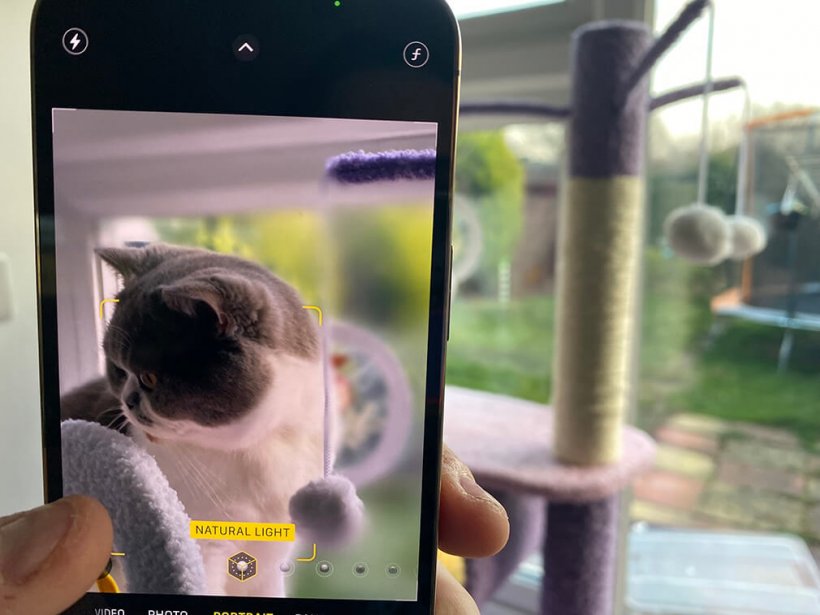 Now for the ultimate sequence. On the subject of darkness, we should definitely talk about the iPhone 13 Pro’s night mode. It makes for a really clear image, easily the best that I’ve seen from any of the phones that I’ve tried over the last year. In fact, the 13 Pro is incredibly good at handling various levels of lighting, likely due to the increased aperture lens on the main camera, Maybe the most impressive is that the night mode now works on ultrawide and telephoto lenses as well, a much-needed evolution for Apple.

Their camera array has undergone a few upgrades, with it now being made up of three 12MP rear cameras, one of which is the previously mentioned telephoto lens (77mm, 3x zoom). The ultrawide camera didn’t just receive the night-mode upgrade, it also had a new sensor added as well as an autofocus feature which works great in low-light and really helps it pluck out a little bit more detail.

Overall, the improvements to the main camera, as well as the sensor for ultrawide are really standout improvements. Confusingly though, the macro camera now automatically shifts on and off, which at first caused a bit of confusion, and then caused a little frustration for me. It’s a great little Macro camera, but as I spend a lot of time taking Macro-shots and manually setting focus, it did mean that I needed to adjust how and where I held the phone in order to stop it from shifting. There is, reportedly, a fix in the works, but it’s confusing how this was included when it went on sale. 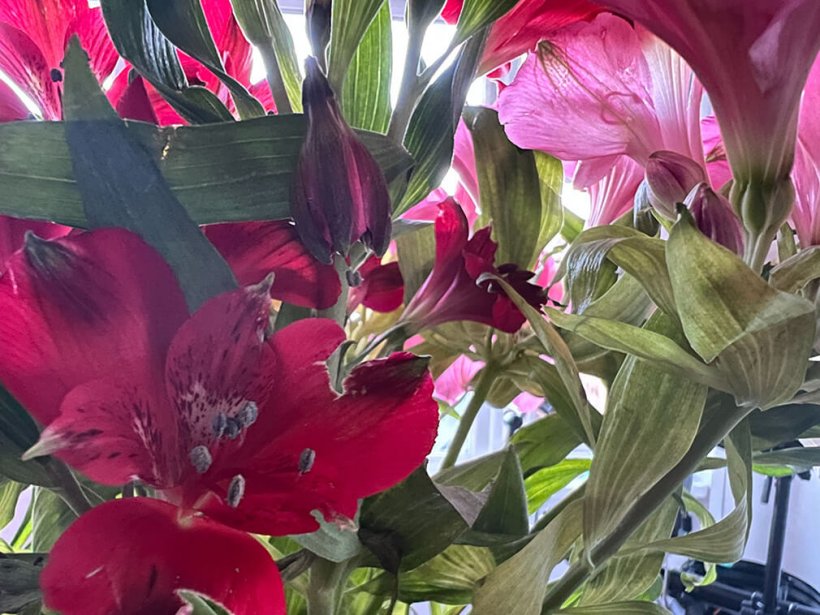 But, shifting macro aside. The iPhone 13 Pro has probably got the best set of cameras that I’ve handled on a phone, night-mode across the other lenses is a great improvement, and both the portrait lens and telephoto have improved color recognition and I’m very impressed with the bokeh effect in the former. As a note, I exported photos onto my computer to inspect them, as – perhaps obviously – they’d look a lot better on the 120hz screen than photos would on a non-120hz screen.

While talking about photography, it makes sense to quickly dip over to video. I don’t spend much time making or taking videos on my phone, so I’m perhaps not the most technically-appropriate person to talk about it, however, I do think that the Cinematic Mode that has been added is worth celebrating. It basically takes the portrait mode effect and adds it to video, simulating the pulled-focus effect that we often see used to draw attention in films. It also tracks as well, and so can handle the camera or the subject moving while retaining the effect.

Not only that, but there’s some clever AI at work. When the subject of the recording turns around and looks behind them, the focus shifts; this also works when people look at and gesture at things. While it’s a little bit uncanny, it really steps up the effect and when it works – which it does almost 100% of the time – it impresses.

I’m reviewing the 512GB version of the phone, which, unlike the 128GB version can record in the ProRes mode at 4K, 30FPS. The 128GB can only pattern 1080p at that FPS. ProRes lends itself well to editing, which the phone is more than capable of doing due to its power. Outside of ProRes all of the range features Dolby Vision HDR at (up to) 4K, 60FPS.

With all this talk of processing and recording, it makes sense that we discuss an area where Apple occupy a bit of a strange place: battery-life and charging speed. The battery life is improved, and I don’t have to charge it every second day assuming its had light usage, however, the phone still charges very slowly. I reviewed some of Xiaomi’s range late last year, and while their charge rate of 120W is definitely an outlier, the iPhone 13 Pro only charges at a sixth of that. It’s fine if you work at a desk, or charge your phone overnight, but it’s definitely an area where the giant needs to improve in future – maybe we’ll see the next generation shifting from Lightning cable to USB-C.

The iPhone 13 Pro is easily one of the strongest phones on the market, and in several areas, it easily tops the competition. Pricing is an obvious elephant in the room, but I’m sure anybody reading this knows that iPhones are top-shelf pricing in no small part due to the ecosystem that you buy into, but – as this review underlines – so the fact that they punch hard in each field they try and fight in.

You may recall that, earlier this month, Microsoft confirmed that Minecraft Legends would be featured in their Developer_Direct presentation. Well, the presentation finished...
Read more
Nintendo

The products discussed here were independently chosen by our editors. GameSpot may get a share of the revenue if you buy anything featured...
Read more