Party games often rise and fall out of the spotlight, seizing the zeitgeist for brief moments of time. There’s an exception to the usual rule: The Jackbox Party Packs’ audience is secretly enormous; over 72 million game rooms were created in 2021. The various games in these packs are a mainstay on Twitch, but also safe to break out in a family setting. The rules are easy to learn and easy to follow, and most of them can be played off of one console, with others chiming in on their phones. There are no microtransactions, skinner boxes, log-in bonuses, or hooks. The entire design is seamless and inviting.

The Jackbox Party Pack model works because of the regular releases and consistent quality — which isn’t easy to pull off. The ninth pack was recently announced, with all new games slated to arrive in fall 2022. It’s a welcome addition, as the COVID -19 pandemic has left people feeling disconnected, and the party packs have become a staple in digital birthday parties, office events, and friends groups.

Each Party Pack comes with a bundle of games. Some of these encourage competition or mean-spirited (but ultimately funny) jabs like Push the Button or Survive the Internet. Others are placid little trivia games or brain teasers, like Guesspionage or Blather ‘Round. It’s the sheer variety of games that are viable to play again, and again, and again with friends that make them such a draw. Jackbox Games is remarkably consistent, and their party games are slowly growing more complex and sophisticated.

“When we see new groups of people playing or folks who don’t consider themselves gamers, or gravitate towards video games, who are suddenly doing that with family or friends, it’s awesome,” said Mike Bilder, CEO of Jackbox Games, in an interview with Polygon. When the pandemic started, the team scrambled to meet the demand. “It’s a testament to a pretty, pretty talented engineering team that we have internally — it’s probably an overlooked thing for a lot of people, you’re just looking at the TV you’re playing on. But there’s a lot of technology happening on the cloud, on your controller, there’s a lot going on there. It’s been pretty refined over the years.”

As soon as one pack launches, the Jackbox Games team immediately starts picking through a pile of ideas for the next ones. “When we launched Party Pack 8, we immediately got the studio together — and everyone in the studio can participate in this process,” said Bilder. “If they have an idea they want to test paper and pencil or we’re working on a prototype of something, there’s a process of that open to the entire studio.” 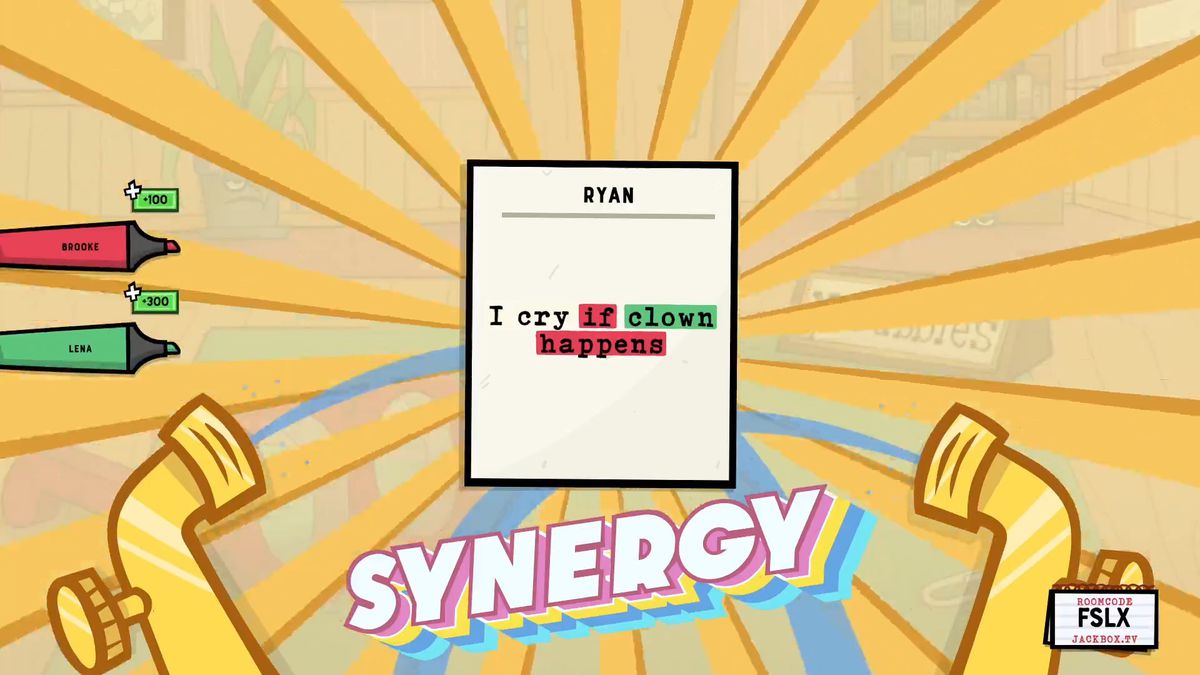 Once the ideas are in, a formal committee within the studio that rotates annually greenlights the titles. It’s a careful balance — the team wants to have accessible, low-lift games like Quiplash or Fibbage, as well as some more complex and involved titles like Tee KO or Push the Button. The format of a pack leads to creativity, because each pack comes with five games — there’s inherently room to experiment.

As the titles are whittled down, some minigames are canned, but others go to a backlog to be revisited in future years. Images notes that some of the packs’ most popular games have been pitched multiple times before they’re finally accepted. 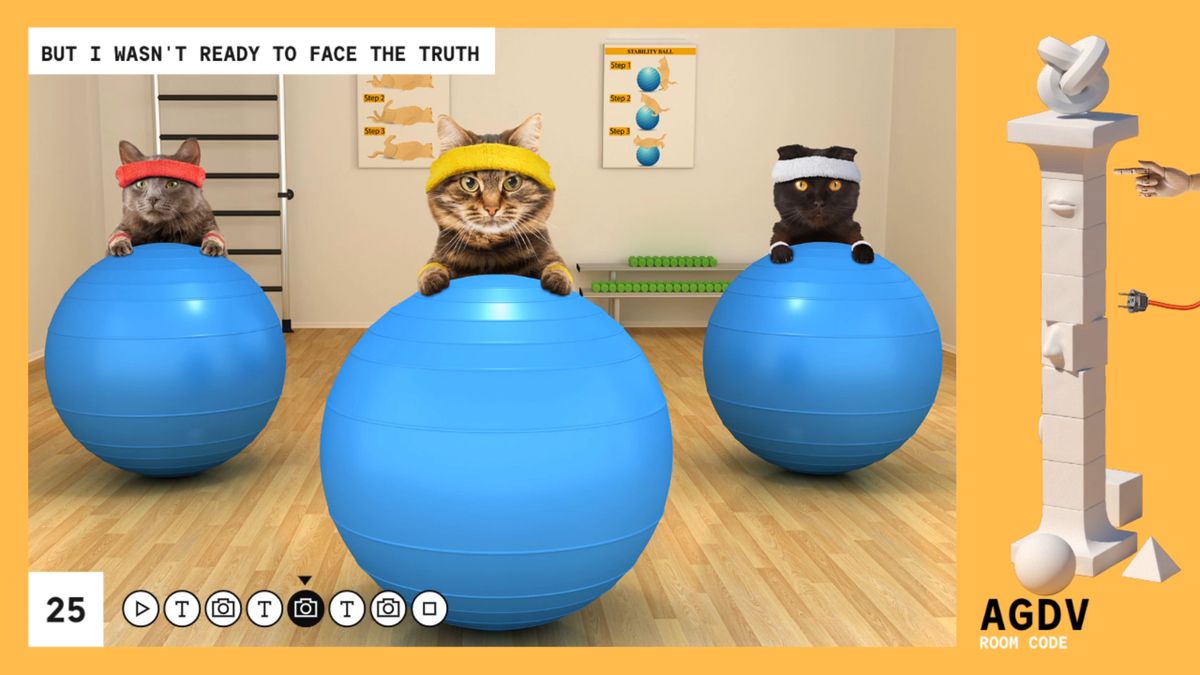 Another rule the team holds to is that they will not feature more than one sequel in a pack; you won’t see Survive the Internet 2 and Quiplash 4 in the same hypothetical grouping. In order to determine which games get a sequel, the team pores over data. “We know who’s playing, what they’re playing, what games are popular, and we can see which games in the back catalog are really strong and popular still.”

This push for variety is working well for Jackbox Games — especially because the company was originally built off the success of the You Don’t Know Jack trivia franchise in the 90s and early 2000s. The company went dormant in the 2000s for a time, with brief forays into Facebook. “The first Party Pack was put together very haphazardly by a very small skeleton crew,” said Bilder. The team took tech from a mobile game, Lie Swatter, and repurposed it to work as a connection to the host’s lobby. 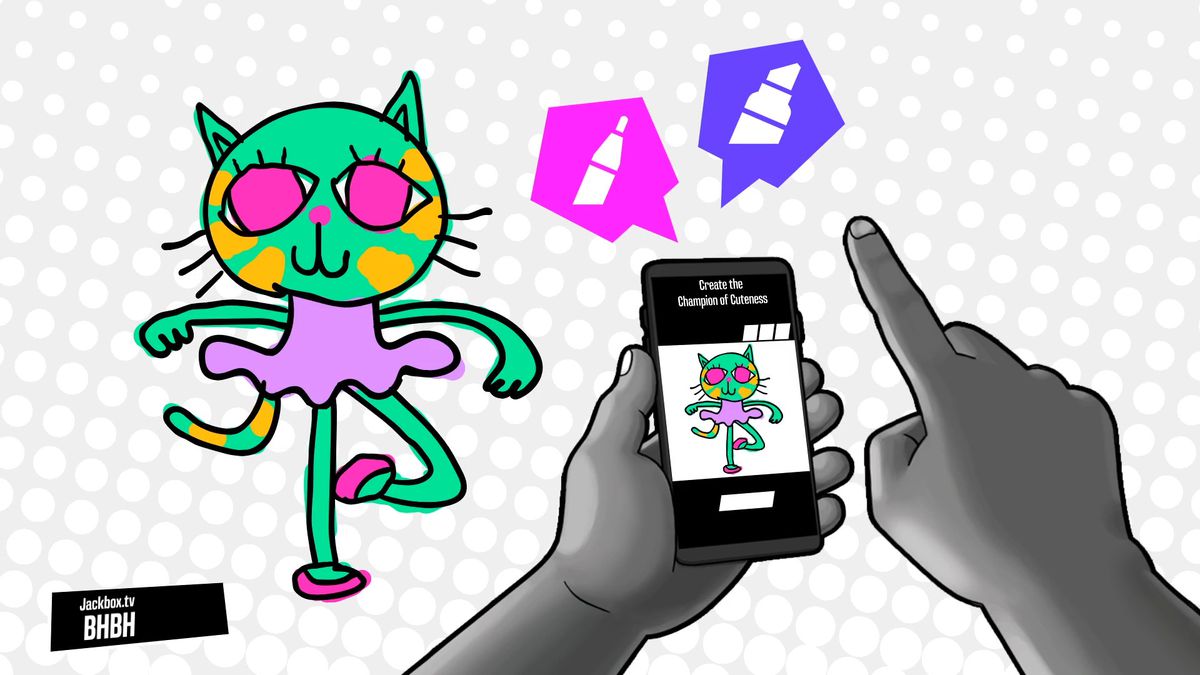 “Growing from there became a process of – how do we do this on an annual basis? How do we remain a small team and come up with five games then push them out to 10 or 12 platforms every single year on an annual cycle? It’s been a challenge for us — we’ve refined the process, refined criteria that worked for our games.”

Some titles, like the classic You Don’t Know Jack franchise, required a huge investment — editorial, voice over, sourcing trivia. These games are bolstered by smaller, compartmentalized games that take far fewer resources to create. The Jackbox studio has grown, and over time, they are able to build more sophisticated systems – The Party Pack 8, for instance, had some quality-of-life features like shared menus that initially seemed small, but made a huge difference.

The Jackbox Party Pack 9 is on the way and is set to arrive in fall 2022, as well as a Jackbox Starter Pack with three of the series’ most accessible games. The annual model and constant changing of the product is very different from developers who focus on upgrading the same core game, but the strategy is clearly working — and there are still few social experiences as fun as jettisoning your friends out to space in Push the Button or getting an absolutely terrible punchline applauded in Quiplash.

Updated on: March 28th, 2022 - checked for new codes Are you an avid player of Tacticool? If you are looking for working Tacticool...
Read more
Nintendo

The 17 most exciting video game releases of fall 2022

Image: Sky MavisAxie Infinity is the crypto-backed Pokémon clone in which cute little creatures that double as NFTs battle for fun and profit. ...
Read more