Bungie has done exceptional work with Destiny 2’s story over the past year, leading players to really care about the giant space opera unfolding before them. The Witch Queen tells one of the series’ biggest stories yet, and it’s finally giving players some answers to the Destiny universe’s biggest mysteries.

More than just showing off Savathun, Oryx the Taken King’s cunning sister, it’s giving players a glimpse at what comes next as well. But for how massive and exciting the story is for fans, the Destiny community can’t help but meme its biggest reveal.

At the end of The Witch Queen campaign, players defeat Savathun, mostly. While her body is dead, her Ghost — a prickly ass named Immaru — seems to have disappeared in the Traveler’s Light, and nobody knows where he is. This leaves Savathun, technically a Guardian, in a state of limbo. If Immaru ever finds her (before players potentially crush him into bits in a future season or expansion) she could resurrect just as easily as any Guardian.

In The Witch Queen’s parting moments before her death, she warns the Guardians that they’re on their own now — that something bigger and far worse is coming. Then Destiny 2 gives players their first look at The Witness. 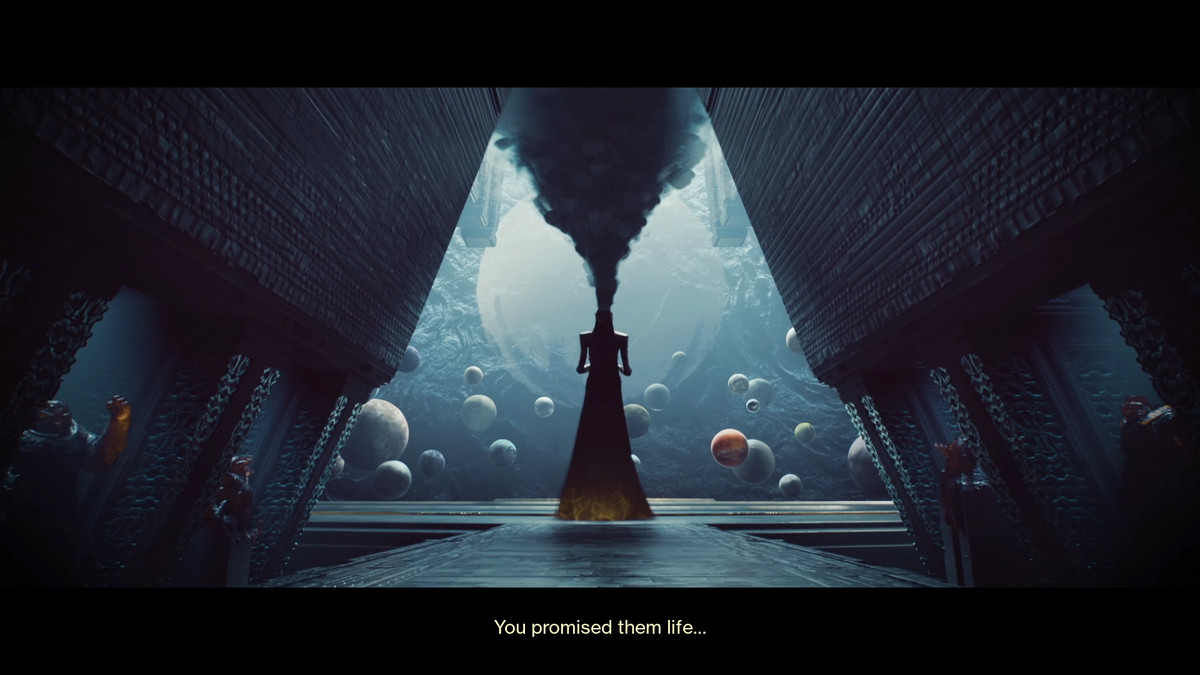 Known by a lot of different names in the series (such as The Winnower, The Voice in the Darkness, and The Entity), The Witness walks out of a portal and makes a speech directed at the Traveler. They float with their back facing the camera, a long cloak trailing behind them, and smoke billowing off their head. 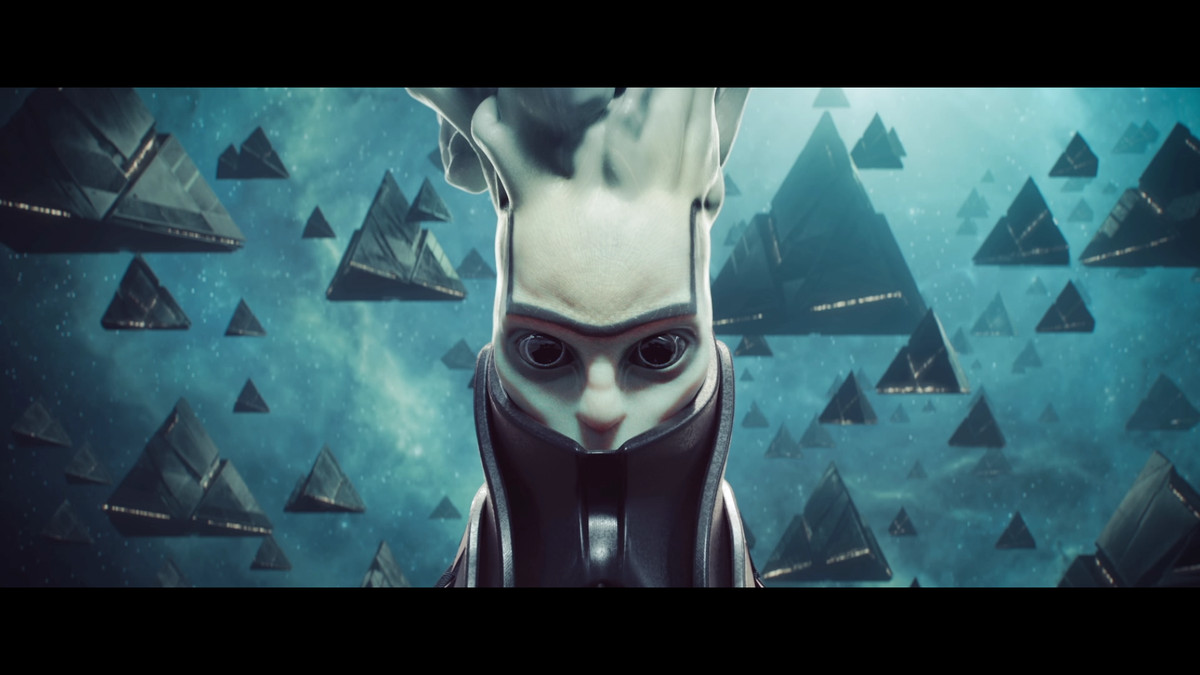 It’s an extremely cool cutscene and silhouette, and then they turn around. The witness is pale and has a large, round head. Their eyes are alien-like and they have a single dark line running across their eyebrows and up their hairline. And the community is seemingly split between it looking like the coolest villain in Destiny history, or Megamind from the 2010 animated comedy of the same name.

Both groups are right:

Damn I can’t believe that Dreamworks and Bungie collaborated to make sure that Megamind’s sequel was canon to the Destiny timeline.

If you know, you know.

While The Witness does look a little silly in screenshots, they look much cooler in motion.

The Witness is a capital B big deal in Destiny 2. They’re the Traveler’s greatest enemy, leader of the Darkness, and also a potential ally, gifting players Stasis in Beyond Light. There’s a lot of different places they could take the character, and Guardians still know very little about them.

While The Witch Queen only gives players a light teaser of the new baddy (or potential friend), Guardians will no doubt see more of them in the upcoming Lightfall and The Final Shape expansions, presumably coming in 2023 and 2024.

The latest news on Microsoft’s acquisition of Activision Blizzard

The Revolt: Massing review – “Top-notch aesthetics that may just tempt you to throw your money at it”

Retellings of the classic Chinese novel Journey to the West are a dime a dozen, but The Revolt: Massing embellishes its version of the...
Read more
PC Gaming

A new trailer shows off the set of Gotham Knights PC features we'll be seeing in the...
Read more
Games

Image: InsomniacIf you want: no comedy and more FPS gameplay with experimental weaponsPlayable on: Resistance 3 is streamable via PS Plus. Resistance: Fall...
Read more
Games

I've been writing about V-Commandos on this website for over five years now. The WW2 tactics game, and its multiple expansions, are some...
Read more