Whether you’ve managed to get your hands on a next gen console or not there are plenty of other video game related Christmas gifts to ask for this year, that aren’t just games themselves. If you didn’t find anything appealing on Black Friday don’t worry, there’s still plenty of time to get some great gaming gear before the big day.

Father Christmas might not be able to bring you, or anyone else, a GeForce RTX 3080 graphics card but you could always sign up to Nvidia’s GeForce Now RTX 3080 streaming service, to play high end PC games on any device you like, from phones to laptop. Microsoft has their own streaming service as well, as does Sony with PlayStation Now, but even if you cut out the console or PC there’s always a need for peripherals like headphones and gaming chairs.

And if you still feel trapped to the physical world you could always splurge out on the sort of PC hardware that makes the Xbox Series X and PlayStation 5 seem like a child’s toy. Just don’t expect it to be cheap… 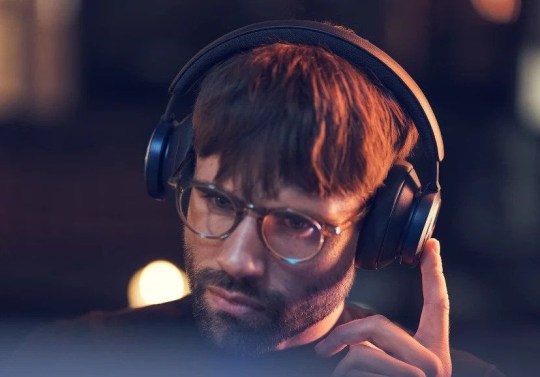 These are luxury audio brand Bang & Olufsen’s first ever wireless gaming headphones, offering an impressive set of features including low latency surround sound, excellent microphone performance, and adaptive active noise cancellation. They have extremely high production quality and are impressively lightweight, but for the price we would have expected a case to keep them in tip top condition. Even though they’re designed specifically for use with Xbox the Beoplay Portal also sounds great on PC and iPhone, but you can only listen to one active sound connection at a time. Touch sensitive subtle elegance at a price. 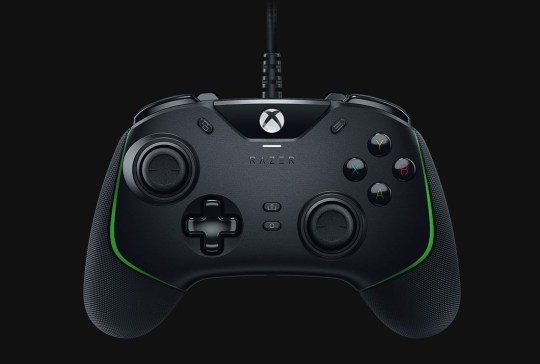 Consider yourself a semi-pro gamer? This controller is designed specifically for Xbox and is meant as a rival to Microsoft’s own Elite series. Its sensitivity clutch is not to be sniffed at, as it allows you to increase or decrease the sensitivity of the analogue sticks with the click of a button. Why no RGB lights? Considering it’s now on everything else it seems strange Razer haven’t included it, but maybe they think console gamers have less gaudy tastes. It’s a shame the controller is wireless, but you can’t complain as it’s great for responsiveness and ergonomic design. Mecha-Tactile sounds like you could be getting overly friendly with Godzilla but actually refers to the cushioned but responsive feedback you’ll feel on the buttons and D-Pad.

The Switch has been around long enough now that everyone is trying to copy it, from Valve to Sony, but one of the most popular so far is the Backbone One. It allows you to transform your iPhone into a portable console by slotting on this collapsible attachment that runs from your phone battery. This gives you high-end controller quality buttons, analogue sticks, triggers, and a D-pad, supported by a partner app which allows you to record clips and stream to Twitch. It’s the perfect Christmas present now the Steam Deck has been delayed and even allows you to take phone calls while listening to game audio, so you don’t have to worry about pausing your game during a particularly heavy Hades run.

Our favorite headset of the year is the G435; it’s fun, durable and lightweight and you can take it everywhere. Its wireless connectivity with high performance audio response, strong connectivity, and long battery life makes this a no-brainer purchase for Christmas 2021 and small enough to fit in your stocking. We also found the new, remastered G303 Shroud Edition gaming mouse to be impressively fast with no lag. Supposedly designed with the help of influencer Shroud, it has special finger grip positions to aid performance and translucent side panels to… look cool. 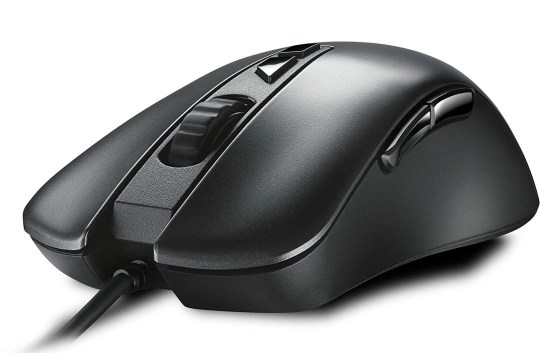 There’s some important new tech underpinning the ROG Delta S headset. Under the hood it has 50mm drivers and MQA technology which acts as a built-in renderer and helps decode MQA audio files for better audio quality, making in-game sound crystal clear. The downside is that these cans feel slightly heavy and leave a considerable dent in your pocket.

The companion gaming mouse from ASUS is the TUF Gaming M3 wired RGB gaming mouse with a 7,000 dpi sensor. It feels lightweight but durable and while the cable seems to get easily twisted it’s overall great value for non-pro gamers on a budget.

A glam gaming chair is an alluring prospect but it’s one that can take a heavy toll on your wallet. If you’re a Far Cry 6 fan then this new one from Noble Chairs features a stern gorilla face showing support for the Las Guerrillas baseball team from the game. It also features a ‘4D armrest’, although sadly that doesn’t involve it traveling through time. Alternatively, if you’ve been turned on to League Of Legends by the new Arcane show on Netflix then Secretlab has caught the high-vis fluro-core aesthetic of the show in a chair that has a big shark gun on the back. 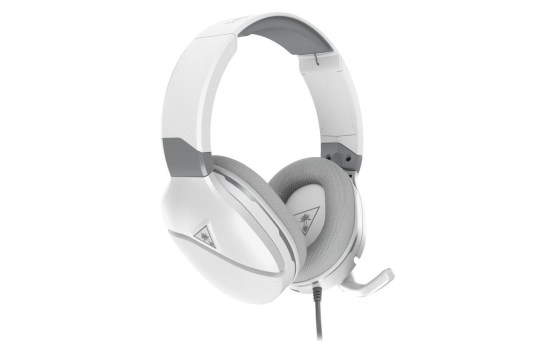 These two newly revamped headsets help cater to all budgets, with the multiplatform Recon 200 Gen 2 being especially good value. The nicely sized earcups swivel at will and while the headset as a whole has a bit of a plasticky feel to it, it includes 40mm drivers inside the earcups, giving a great responsive bass sound. There’s also a neat stubby mic which, while not looking like much, is actually crystal clear.

The mic on the more expensive PlayStation-only Stealth 700 Gen 2 is also very good and we appreciated the battery life of over 30 hours and Bluetooth compatibility for on-the-go gaming. If you’ve just brought a new console and want a super comfortable set of cans look no further – they even have dedicated channels for spec wearers. 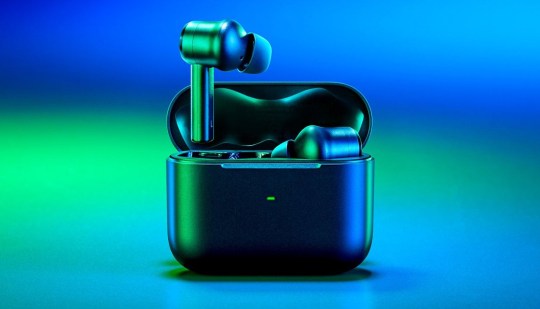 You’ll be certain to give commuters a scare looking like an RGB Bane, in these bling accessories. Razer Zephyr is a timely addition to any cyberpunk wardrobe, with a N95 standard air purifier to help in these difficulty days. It’s surprisingly comfortable to wear and weighs about the same as the G435 gaming headset. The only thing that’s not to love is the hum of the fans.

If you’re still not getting enough attention out and about, why not add to the RGB onslaught with the new Hammerhead True Wireless Pro in-ear headphones? While not the best noise canceling earphones around the audio quality is impressive and they’re also water resistant. 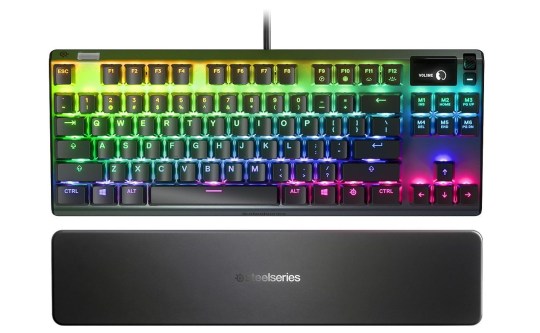 Apex Pro TKL – you’re not going to miss those keys in the dark (pic: SteelSeries)

Now the red list is back in action you may not be able to fly away this Christmas, but you can give a gift made out of aeroplanes. No really, the Apex Pro TKL wired keyboard is made with a series 5000 aircraft grade aluminum frame – so you know this keyboard will still be around next Christmas. The TKL (tenkeyless) option has faster response, five times faster actuation, and twice the durability. It’s also got adjustable mechanical switches, an OLED smart display, and a detachable soft touch magnetic wrist rest. All of the SteelSeries extras are worth a look, although the For Pride speaker plates have already sold out. 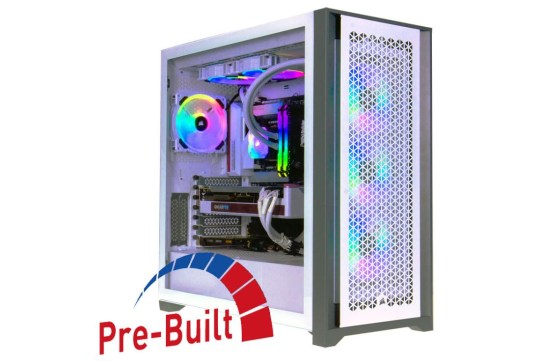 Cloud gaming might be starting to fulfill its potential but you’re still going to need a physical device if you want to play League Of Legends in 4K at 400fps this Christmas. If money is no object, and you’re not spending all your spare time commuting to the office, why not splurge on a pre-built PC with all the bells and whistles?

4K doesn’t just refer to the resolution but also the price, but for that you get the best technology Intel and Nvidia have to offer. Although whether Overclockers have stock of the 3080Ti graphics card that’s meant to come in this chassis is another question. If you haven’t got £4K just lying you can still get a rather nice Endgame Gear super light esports gaming mouse from Overclockers, for a much more affordable £40.

MORE : Netflix wants to make a Squid Game video game it can stream

For more stories like this, check our Gaming page.

Web3 and Gaming Tech: Evolution Over The Years

The Last of Us: All the game Easter eggs in the...

Rebuilding my Gaming PC for Fun (not fun….)

Scorn Is True To Giger’s Work, But Needs More Dicks

Link To The Past Has Been Reverse-Engineered, Ported To The PC

Illustration: NintendoOne of the most interesting developments in the emulation and coding scenes in recent years has been the increasing trend in taking classic...
Read more