With the objective of finding something edible to get through the day, you pick up some rotten sushi and think this might just be the thing. But then it turns out that you actually have to use it to trap a rat in a bottle, then swipe a bus card to ride into town and get yourself a proper meal.

This is one of the earliest puzzles in ENCODYA, and that alone paints a pretty accurate picture of what life is like for Tina and SAM-53. The future isn’t looking too good in this dystopian adventure, but is it worth spending hours of your life on to see where it goes?

THE STORY OF ENCODYA

In this bleak cyberpunk world set way in the future, players follow the tale of Tina, a nine-year-old orphan living on the streets, and SAM-53, her loyal robot. ENCODYA’s landscape is filled with complicated tech and vehicles zooming through the air, but it’s also home to underpaid professors hiding in back alleys and VR junkies trapped in digital worlds just to be anywhere but here.

The muck and grime underneath the massive city is where no-nonsense Tina thrives as a scavenger, and SAM-53 protects her while trying to hold on to his lovable bot-esque innocence at the same time.

There are whispers of political strife everywhere, but all Tina really cares about is scraping by just enough to sleep at night and wake up the next day. The plot thickens, of course, when your typical government megalomaniac starts chasing after the protagonists because of a valuable code inside SAM-53. Designed by Tina’s missing father to be unlocked when she hits the tender age of ten, the code sets them off on a wild adventure – with lots of quirky encounters along the way (and one of the saddest endings ever).

The main strength, I feel, of ENCODYA is its absolutely stunning visuals. Characters are beautifully designed, from random street cleaner bots to overbearing computer shop salesclerks. The backgrounds of every new scene are jaw-dropping, with such attention to detail that it’s easy to just marvel at the scenery in front of you and forget about the actual game. I also love how random passers-by pop up here and there every so often, adding to the dynamic feel of every new scene.

Characters are also fully voiced, and there’s a wide range of accents and little idiosyncrasies for all the NPCs. I also particularly enjoyed how, when you switch between SAM-53 and Tina, you can elicit different reactions and even launch a completely different set of dialogue lines from different people. Some puzzles require Tina’s street smarts, while some need SAM-53’s robotic yet kinder touch. 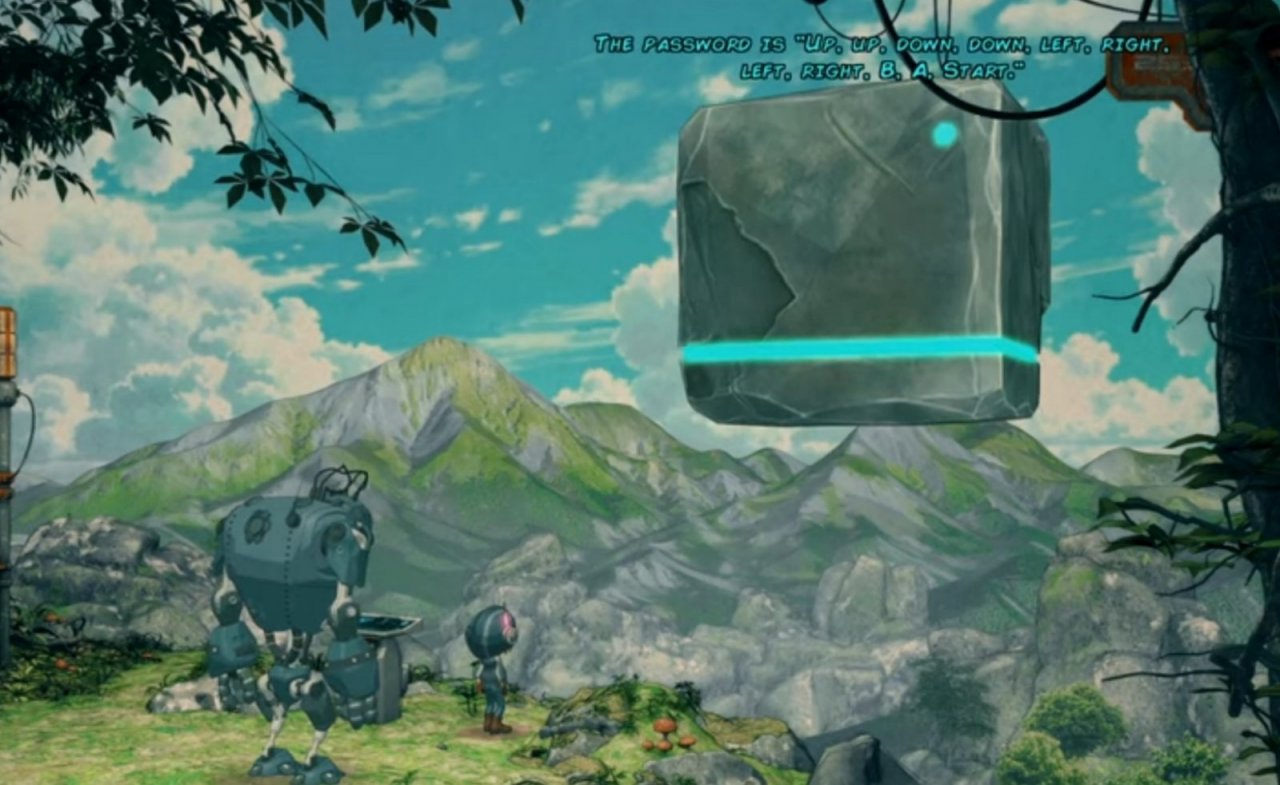 There are also plenty of hilarious and ultra-meta references here, along with Easter eggs that point-and-click fans will no doubt chuckle at. Cut scenes are masterfully done as well. Talking to people can sometimes reveal solutions to problems that you wouldn’t expect, so if you’re stuck in particular puzzle, you might just need to be a little bit more persistent with the NPCs you talk to.

You can highlight items you can interact with, but the effect is too subtle to really be of any use most of the time. There’s also a handy list of things you need to accomplish in your to-do list to assist you – plus, you can ask SAM-53 for hints in the Easy mode to help you out in a pinch. In that sense, there’s a good mix of both logical and illogical puzzles here, with item combinations leaning a bit more toward the frustrating side due to the awkward controls.

In read my biggest issue with the game, which sadly overpowers the positive elements of the title for me. The controls for the mobile version are extremely clunky, and it’s a darn shame. For a point-and-click game, you really can’t point nor click here, as you’ll have to get close to an item physically to be able to interact with it. While that might be okay on the PC, I do find it odd that for a mobile version that should prioritize touch screen controls, the touching wasn’t utilized well here at all.

In particular, an intuitive point-and-click game on mobile would have allowed the user to simply tap on an object they wish to interact with – something that was superbly done with Kathy Rain: Director’s Cut. Of course, I’m no dev, so I have no idea how easy or difficult this may be to do. But if you could actually point and click-slash-tap on something in a point-and-click game, then that would’ve made everything much less frustrating.

The movement here isn’t any better, as Tina tends to slog and speed up towards areas you drag her towards in a finicky way. Obviously, as with anything, you can get used to controls no matter how difficult they may be. But how long will it take players to get the hang of them – if at all – before they give up and DNF the game?

ENCODYA is a bit of a mixed bag for me, as its story has a lot of heart and its visuals are top-notch, but the controls kind of put a damper on the whole experience. I understand how this would be much more enjoyable on PC, perhaps, but sadly, I feel like there’s a missed opportunity to really create a mobile-optimised version here.

Here’s What Happened In The Fortnite Chapter 3 Finale Event

Hell in a Cell has come to a...
Read more
Reviews

Recharged is out on Switch to relive the ’70s glory days

Breakout is a beautiful idea. It answers the question of, "What if you are so anti-social that the concept of Pong is just...
Read more
Games

8 tabletop RPGs for Bridgerton and Our Flag Means Death fans

Period fiction is enjoying a pop culture moment, whether fans are hanging on the intrigue among the queen's le bon ton in...
Read more