They say imitation is the sincerest form of flattery, and if that’s the case, Castle Morihisa is secretly – or not so secretly – in love with Slay The Spire. Like, sitting in a tree, KISSING… Yep, it’s pretty awkward.

But while I don’t appreciate Smokingbear Studio for trying to recreate the thrilling, pick-up-and-play addictiveness and replayability of one of the best deck-building rogue-likes in, well… ever; There are times when I wished that the title plowed its own furrow and tried a little harder to carve out its own distinct personality. Despite this, however, there’s still a lot of fun to be gleaned from the US-based team’s debut, which is likely a testament to how awesome Mega Crit Games’ tried-and-tested formula really is. So, let’s begin with where Castle Morihisa shines brightest, then.

From the outset, one of the game’s strongest qualities is its uniquely Japanese presentation and style. Set in feudal Japan, the game foregoes the whimsical, cartoonish fantasy of you-know-what in favor of a much darker, historical tone steeped in eastern mythology brimming with blood-soaked samurai swords, twisted supernatural monstrosities, and stylized Yamato-e hand -painted art. Not only are the Japanese-inspired monster designs really cool to look at, but the eastern-flavored audio, replete with traditional koto strings and shakuhachi-like woodwind, helps to add a welcome layer of authenticity that fits in nicely with the game’s overall land of the Rising Sun setting and theme.

Moving onto the story now, and while the narrative of Castle Morihisa is pretty minimal – this is primarily a gameplay-first rogue-like deck-builder, after all – there is enough backstory to give the experience a little bit of extra context. Essentially, you play as one of four spies who has been sent to investigate the titular fortress to find out what has happened to the noble emissaries within. Many fear that an evil overlord, dubbed Lord Ishikawa Shinjuku, has usurped the throne, and it’s your job to bring justice and peace to a land embroiled in an otherworldly, supernatural conflict. So, business as usual, then, right?

For those wondering at its core, Castle Morihisa is a hybrid of deck-builder, rogue-like, and dungeon-crawler. You’ll be battling monsters in strategic turn-based combat using various attack, defend, skill, and tactics cards. Though you always start a run with a weak pool of cards, the key to success is in building a strong deck with synergies, effective perks, and useful relics (more on these later).

But in lies the rub: While it may seem reductive declaring Castle Morihisa as a Slay The Spire-like, it can’t be understated how closely everything resembles that aforementioned deck-builder. Almost every game mechanic has been taken wholesale from Mega Crit Games’ 2017 rogue-like hit, with most being given a slightly different name. Energy is now referred to as Action Points, Dexterity is Agility, Weak is now Disarm, Thorns are now Retaliate – I’m sure you get the picture. Of course, that’s fine in and of itself; games often borrow from one another, after all. But it doesn’t just end there, though.

On top of this, you’ll get a choice of adding one of three cards to your deck after every enemy encounter. And as you make your way through each 3-level playthrough, you’ll get the chance to choose your path between normal enemies, rest sites (where you get the choice to either rest or upgrade a card), elite enemies, mystery encounters, or relics. Oddly enough, the pathing system has been streamlined, and loses an element of strategy as a result. Thing is, you can only see where you are, and not where you’re going, which is an odd choice. Long story short, you’ll likely be prioritizing the relics, rest sites, and elites for the loot and the heals as you progress through each level.

Speaking of elites, they boast something pretty unique. Once you defeat an elite enemy, you’ll be given the chance to choose between three different quest scrolls. These give you bite-sized objectives that range from completing a battle without using a defense card, to blocking a certain amount of damage in one turn, to merely removing a card from your deck. As a reward, you’ll nab a heal, or a card upgrade, or a card removal, as well as some pocket money for your troubles, too. 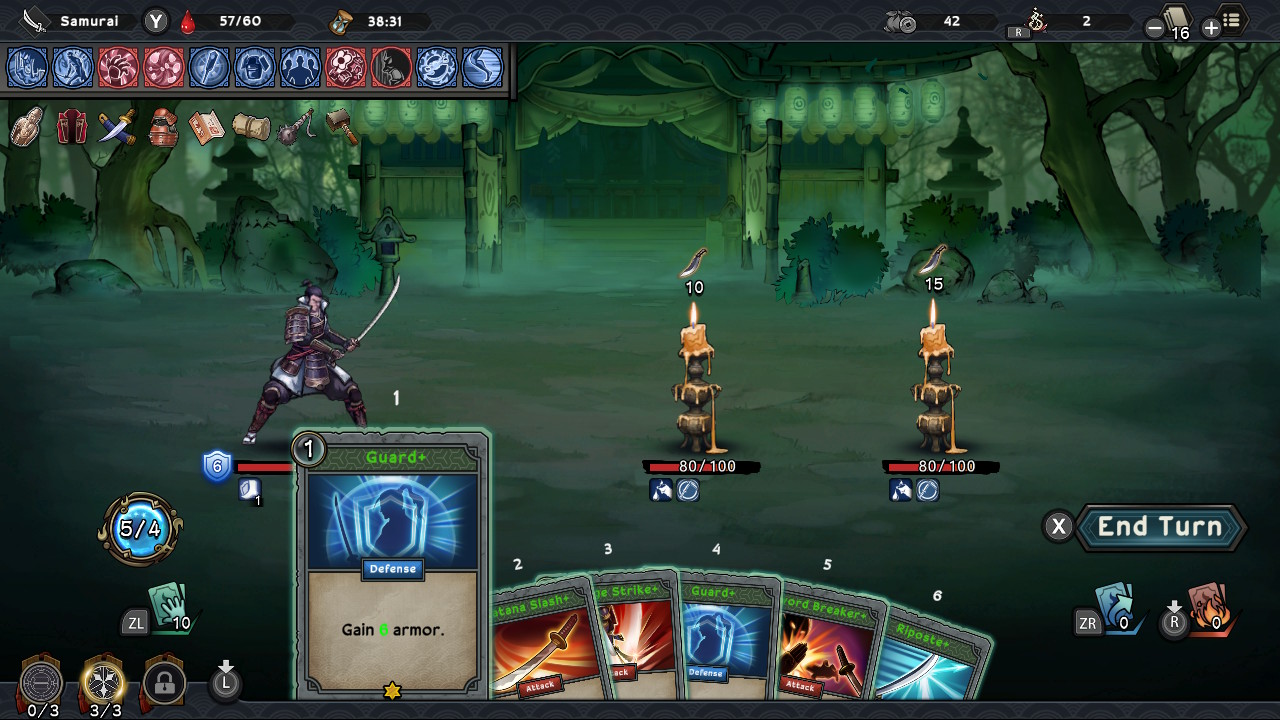 Interestingly, instead of coming across shops while pathing your way through a level, you’re able to visit the shop, remove a card, or acquire new talents at any time during your run (except while you’re in a battle, of course ). This is a really refreshing choice that gives players a little bit of strategic flexibility during your moment-to-moment adventure. Essentially, it gives you some meaningful time between battles to really develop your play style, sharpen your deck, and tweak your character’s abilities. In other words, you have significant control over your personal build, arguably even more so than Slay The Spire et al.

But let’s get down to brass tacks, shall we? Strictly speaking, it’s fair to say that Castle Morihisa only brings a couple of new gameplay mechanics to the table. Instead, the majority of changes are more gameplay nuances than entirely new systems. However, I’m happy to report that the newly added mechanics can still, at times, be surprisingly delightful. Chief amongst these is the randomized talent skill tree, which is – in a word – brilliant. Whenever you start a run, your character’s talent tree is randomly generated, which really helps to give each playthrough a distinct and unique feel.

As you make your through the levels, you’ll earn talent points, which you can spend unlocking new perks on the talent skill tree. These perks can be absolute game-changers, and run the gamut between gaining an extra action point on each turn of battle, to mitigate the first time you receive damage in a battle, to permanently increasing your maximum health by 10 points.

Furthermore, fallen heroes are also a pretty cool idea. These are largely a replacement for potions (there’s not a traditional potion system in Castle Morihisa). At the start of every level, you’ll be given a choice of three unique abilities that you can activate at any time during battle. These range from executing an enemy with 30 or less health, to granting a huge stack of 20 block for when you’re in a bind, to dealing eight damage three times to a random enemy. 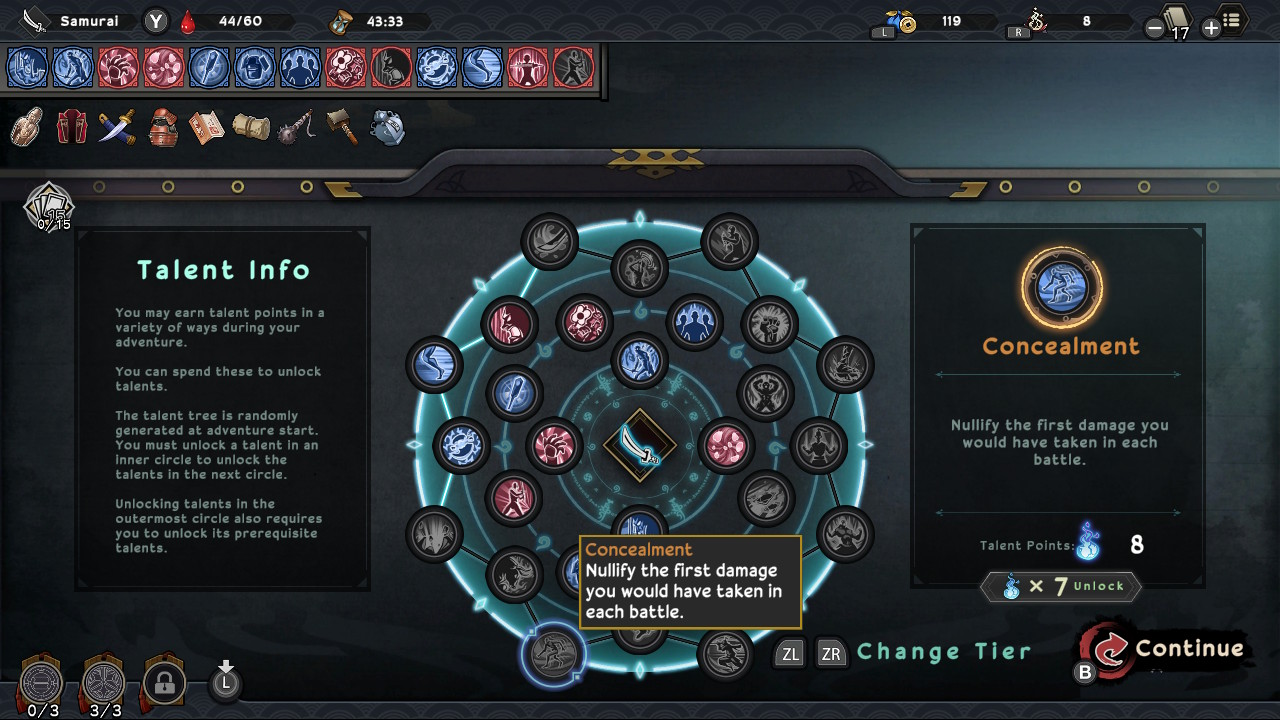 Meanwhile, you’ve also got the choice between four different characters, each with their own unique cards and talents. Firstly, the Monk offers a balance of defense and offense with his unique meditation and mantra cards. Then there’s the Onymoji who can summon helpful Shikigami during battle, while leeching HP from her enemies. Next there’s the hard-to-master Ninja who favors discard cards, kunais, and shurikens. And finally, there’s the Samurai who is all about strong sakura magic and retaliate builds.

Both the Monk and the Onymoji are accessible from the off, while the other two characters are unlocked after beating the game. It’s worth noting that all the cards and relics are unlocked from the start. In other words, there isn’t much in the way of a progression system that’ll keep you hooked for hours on end, which is a bit of a missed opportunity.

Ultimately, Castle Morihisa is at its best when you’re building super powerful synergies around certain cards, relics, and talents, and there’s genuinely a multitude of different ways you can play the game. Once it clicks, and you’re annihilating bosses with a laser-focused deck and a myriad of devastating talents and relics, it’s hard to not be enamored with its incredibly fun card-battling combat.

But make no mistake, though: unlike, say, Monster Train or Rise of the Slime, Castle Morihisa is much more of a straight up retread of Slay The Spire, which is simultaneously its strongest asset and its Achilles’ heel at the same time. While fans of the genre will find it hard not to love, and though its structure is built upon another game’s foundations, that doesn’t mean you can’t have a helluva fun time scaling your way to the top of its spire. 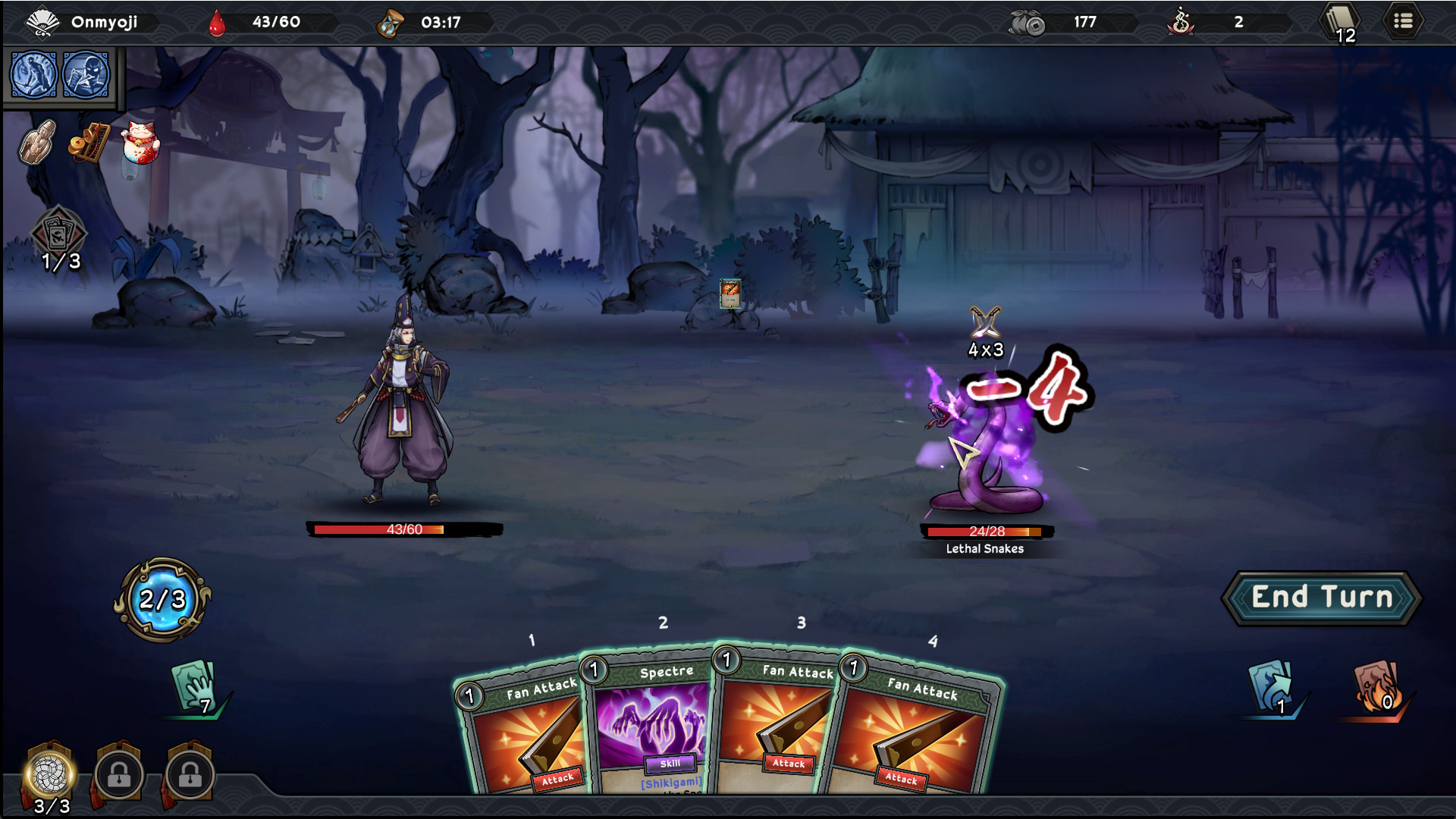 The Elden Ring release time has arrived, and players are already pouring in by the bucket full. ...
Read more