CES 2022 might have been shattered by the specter of Omicron, but the world’s largest technology show still had plenty of gaming tech on offer.

Samsung Odyssey Ark’s was wonderfully over the top

Curved screens have been around for a while, but there’s nothing quite like the Samsung Odyssey Ark, a giant 55-inch curved screen designed specifically for gaming and content creation.

The idea of ​​the Ark is to allow more comfortable multi-tasking, by supporting multiple full-size windows in your natural view. It doesn’t have to be used vertically, although that’s how Samsung showed it off at CES.

The Ark is basically the next generation of Samsung’s Odyssey ultrawide gaming monitors—if you preferred to use the Ark like a traditional ultrawide monitor, you can. 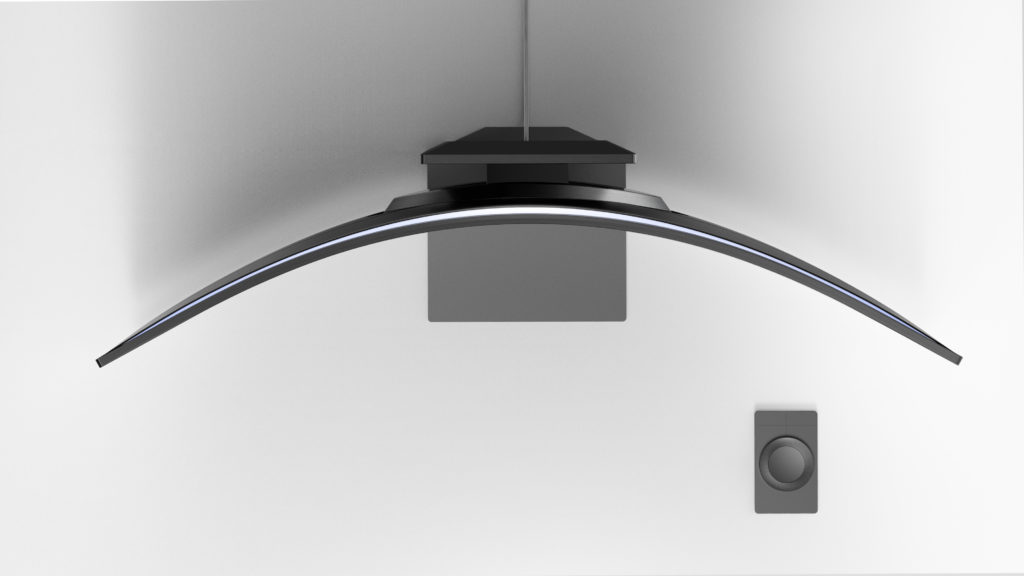 Samsung’s pitch was that “more than [one third] of gamers use video chat while gaming.” The Ark is sporting one of Samsung’s new mini-LED panels as well, but no specifics were provided on its price, refresh rate or HDMI 2.1 support.

The monitor is shipping worldwide sometime later this year. Given its size and the fact that it’s a one-of-a-kind screen, don’t expect it to be cheap.

Gaming monitors had a stellar CES. The consumer technology show doesn’t traditionally put gaming front and center—but this year was a little different, courtesy of the chip shortage and the fact that manufacturers have been slowly moving away from traditional IPS/VA/TN-type monitor panels for a few years.

But out of all the new screens—even the absurd Odyssey Ark above—Alienware’s AW3423DW could be the absolute GOAT. The 34-inch screen was the world’s first to be announced with a quantum dot OLED panel, which is interesting if only because the panel is being supplied by Samsung’s display division.

Still, it’s hard not to be impressed. Gamers have been eyeing off OLED TVs—and the potential for OLED in a gaming monitor—for years because of its true blacks, and lightning-fast response times. OLED’s instantaneous technology doesn’t have ghosting like a normal gaming monitor, which immediately makes OLED well suited for fast-moving twitch shooters and battle royales where players are constantly scanning the screen for enemy movement.

But the addition of quantum dot technology in the Alienware 34 QD-OLED also means that this screen supports the brightness necessary for all types of HDR content. OLED screens are revered in the TV market for their ability to reproduce dark scenes without a loss of detail. Their only weakness, until now, was a lack of brightness and the fact that OLED naturally loses brightness over time as the organic diodes wear out.

The quantum dot layer could finally help tackle one of OLED’s greatest weaknesses, while also getting a much-loved technology into the hands of gamers who have been wanting it for years. It’ll also be the start of more OLED gaming monitors, but given that the AW3423DW isn’t launching until at least March-April, we probably won’t see those until the end of 2022 at best. That said, it won’t be alone: ​​Samsung quietly won a CES Innovation award for its 34-inch G8QNB quantum dot OLED screen, although the company didn’t officially talk about it in any of its press releases. 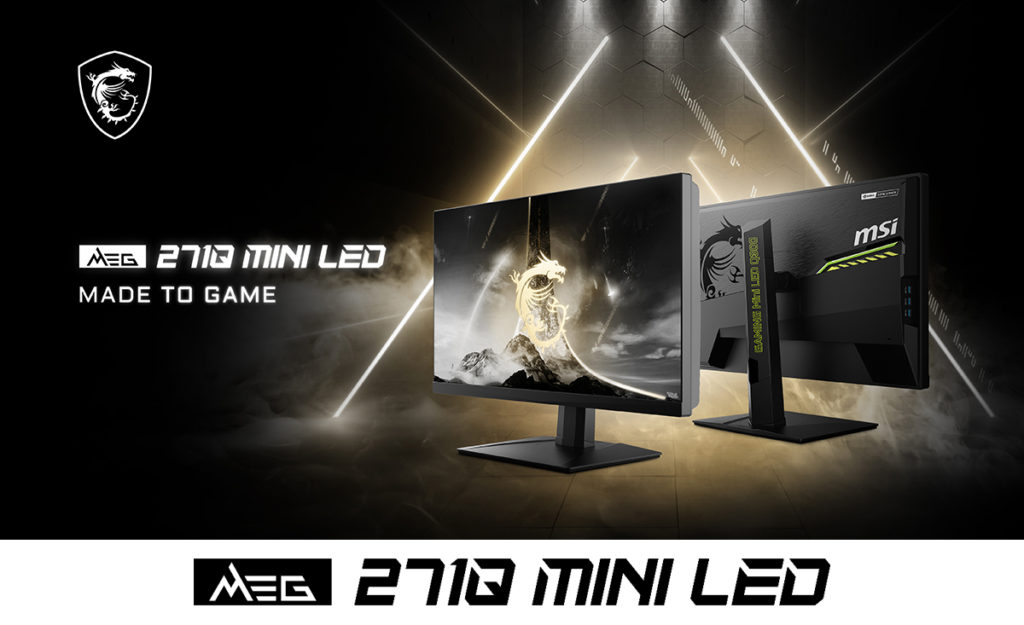 CES had a lot of esports-appropriate gaming screens with higher resolutions, too. For a while those wanting the best screens for Valorant, CS:GO or League of Legends would have had to settle for screens with a native resolution of 1080p.

CES 2022 showcased the start of the next wave: 27-inch 300Hz monitors with mini-LED technology and a native resolution of 1440p. They’re a great combination for those who want something well suited to twitch shooters, but also capable of reproducing enough of the color space for content creation. The higher resolution also makes them better suited as a daily driver for regular productivity tasks, as you can run two 720p-sized windows side by side.

MSI, Viewsonic, and AOC all announced 27-inch 300Hz panels last week, which isn’t a surprise given the companies all source their monitor panels from the same suppliers. (Viewsonic publicly revealed it was using an IGZO display panel for its screen, which TFT Central believes is manufactured by Innolux Corporation).

And unlike the rarity of OLED or quantum dot OLED, the greater availability of the mini-LED technology should help keep prices relatively accessible. I’d still expect AOC, Viewsonic, and MSI to charge around $999 or more. But for those who have been saving up and eyeing off a high-refresh-rate 1440p screen, or those considering the potential of a 4K gaming monitor, the mini-LED offerings will be very tempting.

Gaming laptops just got a lot harder to pass up 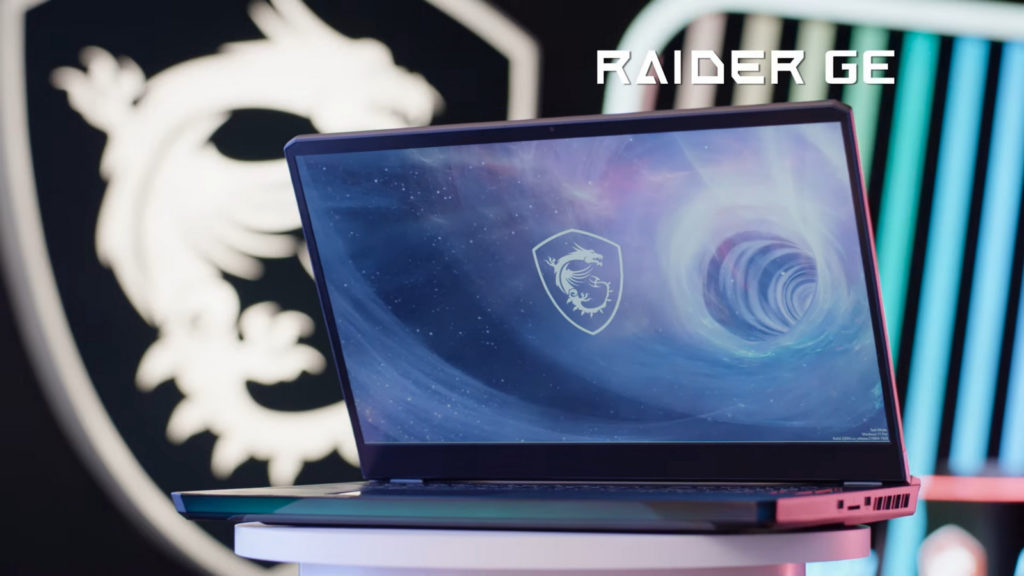 The ongoing chip shortage has made it next to impossible for PC builders to acquire regular parts at reasonable prices. Every new product immediately soars in price as soon as it goes on sale, and it’s especially rough if you’re looking to upgrade your CPU or GPU.

Coupled with the massive wait times, the only way to really guarantee a next-gen upgrade is via the laptop or prebuilt desktop market. So it was a good sign that CES brought plenty to the table, with just about every gaming laptop under the sun getting either a 12th-gen Intel CPU, one of AMD’s new Ryzen 6000 offerings, and RTX 3060, 3070 Ti, and even 3080 Ti GPUs.

Naturally, there’ll be a huge premium on all of these new gaming laptops when they launch later this year regardless of the manufacturer. But when multi-thousand dollar GPUs like the RTX 3090 Ti sell out instantly, and the next GPU generation is expected to be just as supply-constrained as the current one, upgrading to a gaming laptop is seeming more and more like a sensitive choice in 2022.

CyberPower’s ‘breathing’ PC is beyond extra, and I want one

Virtual or otherwise, you can’t have CES without some crazy concepts. From a gaming perspective, the nuttiest one might have come from CyberPower PC, which unveiled a series of “kinetic” PC desktop cases.

The chassis is designed to be flexible, with 18 vents at the front that open and close depending on the case’s internal ambient temperature. As the temperature rises, the vents contract to enable more airflow. As temperatures settle, the vents close again so the case doesn’t become overwhelmed with dust.

It’s an interesting design with all sorts of questions—how durable are the vents? How much of a difference does the open/close design make to actual temperatures while gaming? How much will the cases be? We’ll get answers to all of those in due course. But until then, let’s appreciate the ways in which vendors are trying to innovate the humble chassis. 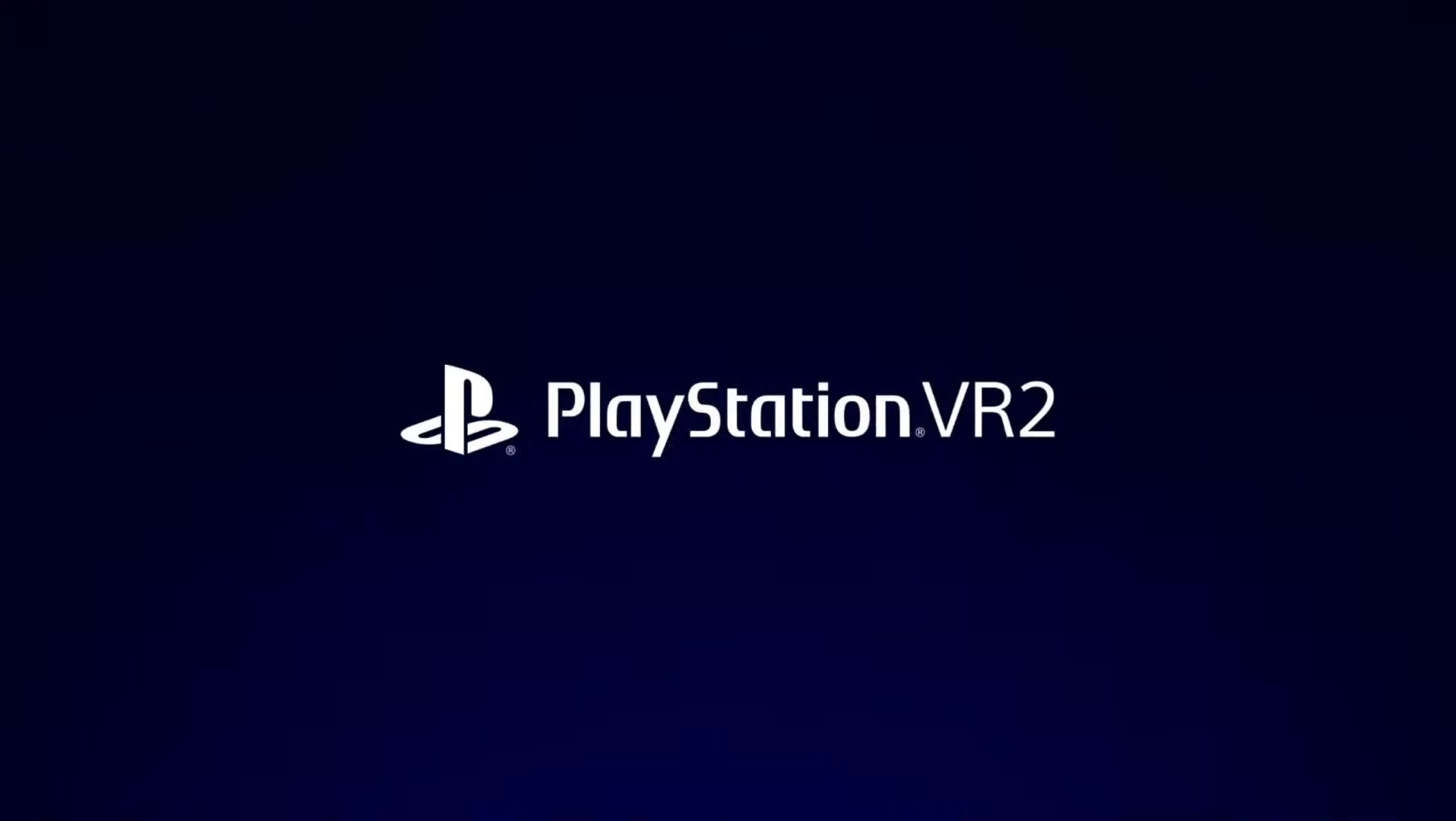 This has been coming for a while. Mark Cerny, the lead system architect of the PS4 and the PS5, announced that Sony was working on a PSVR successor back when the PS5 was first announced. But CES provided the first actual concrete details of what VR fans can expect.

It’s not a wireless setup, like the Quest 2, but there’s still a lot to like. A single-cable setup via USB-C is light years ahead of how PSVR currently works. The dual OLED 4K HDR screens should be a joy to use, and the headset-based controller and eye-tracking should make motion and fast-paced VR games more responsive.

The announcement of a Horizon Zero Dawn VR spin-off should be a great launch title too, especially since it’s being built specifically to take advantage of the new hardware. And much like existing PS4 games, older PSVR titles are expected to be backward compatible with the PSVR2 (although individual developers will have to make a call on whether they will patch the game for the PSVR2, as many have done for the PS5).

Rumor: Roller Champions from Ubisoft will apparently close down after Season 3

Games Beat journalist, Jeff Grub, who has recently appeared on the Xbox Era podcast claimed that the multiplatform Roller Champions will be canceled after...
Read more
Playstation

Vanguard’s Multiplayer Will Be Free for a Limited Time

News Published on March 28, 2022 Tom Meyer Home » News » Call of Duty: Vanguard's Multiplayer Will Be Free for a Limited Time Anyone will...
Read more
Games

The 22 best board games, a newly revised list of Polygon’s favorites

We find ourselves in the middle of a board game renaissance. What was once a hobby relegated to the dusty racks at...
Read more